The card clearly states TIGERS, but the trained eye will still see the stylized B of Boston on his jersey. 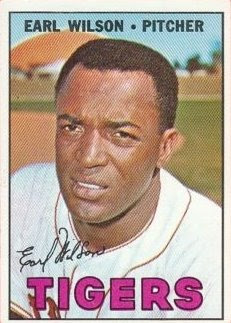 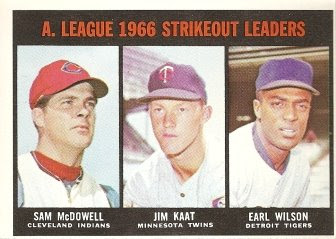 And then a partial airbrush job. 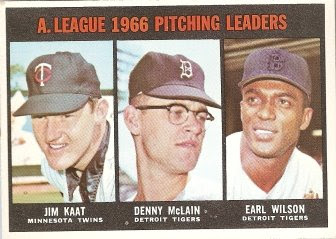 At least he's wearing a cap on the League Leaders cards. Look back at the first card. No cap.

This is what is known as BHNH* (Big Head No Hat) syndrome. Very convenient for the card producers when a player gets traded mid-season.

"Quick. We're supposed to go to press in an hour. Find that photo of Earl Wilson without his hat. You know the photo. Yes. That's the one. Good. Enlarge it to crop off the Boston from his jersey. No one will notice. Trust me. I'm in marketing."

* I did not coin the term BHNH. I'm not sure where I read it, but it was probably a Baseball Card Magazine from 1989 or so.