My wife grew up in the Chicago area.  I lived there for a number of years.  I never made it to Wrigley for a game, but I have fond memories of driving by it while a game was in progress, WGN on the radio, window rolled down to hear the roar of the crowd.  We watched most every inning of the World Series last year and were very pleased Chicago brought home a trophy.

David opened a mess of different cards.  First up is 2017 Topps Heritage.  A burlap television set?  I've got access to a glue gun.  I could do that. 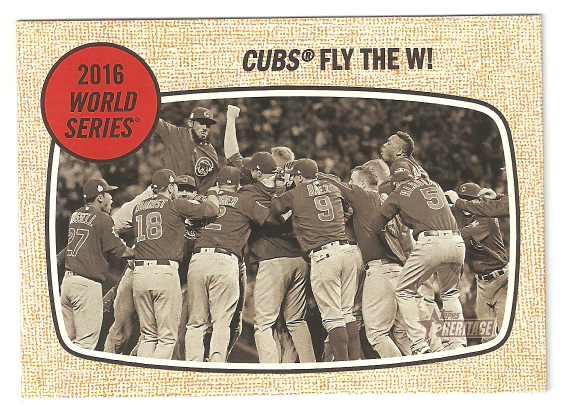 2017 Topps Opening Day.  I still smile at this image.  The joy that Rizzo displayed is childlike. 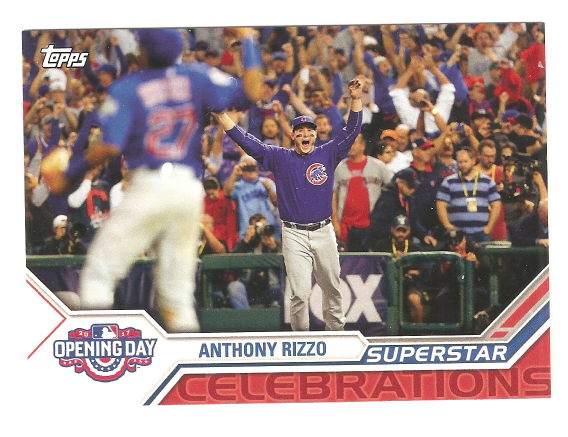 Sandberg from 1990 Score.  One of the Dream Team cards.  Almost reminds me of a Ginter card.  Wait.  Shouldn't Gint-A-Cuffs be starting next month?  Crud.  Well, looks like David is trying to get on my good side with this pre start date bribe.  Noted. 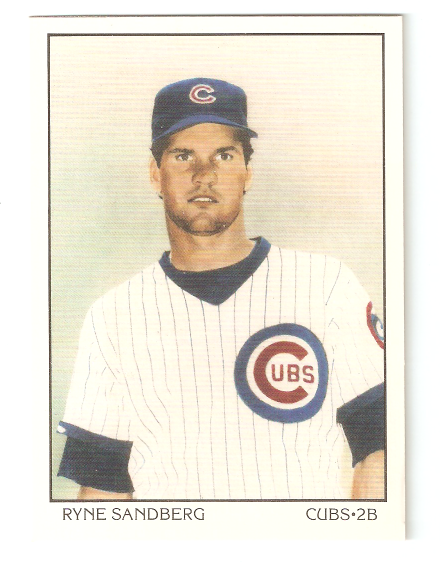 I saw Schwarber play a few games in the Cubs AA organization.  One word.  Fireplug.  Or two words if you spell it fire plug.  This is a 2017 Panini Donruss card.  The confetti look on the front hearkens back to the early 1990s,  It might not be confetti.  Maybe champagne bubbles?  Or a Jackson Pollock painting? 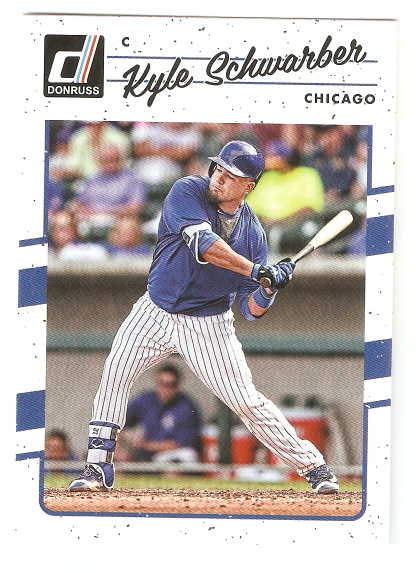 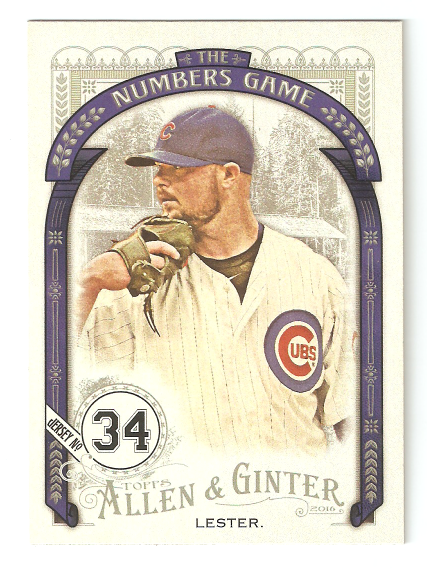 What good's a pack from David without a relic.  Half of the Bryzzo love fest.  Or is it Brizzo?  Sounds better than Riyant. 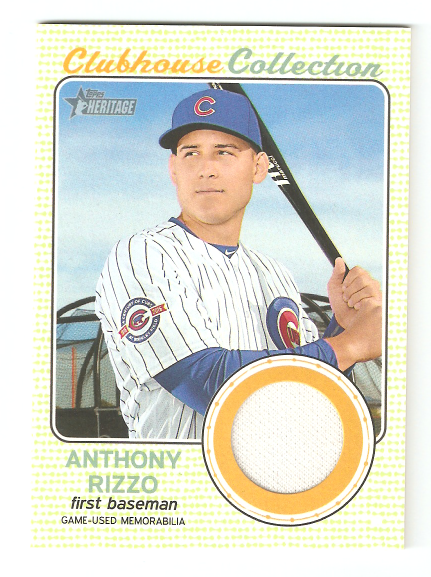