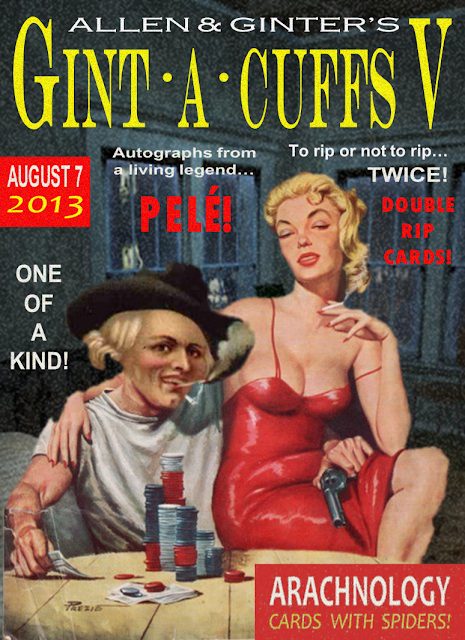 Go to the official Gint-A-Cuffs blog to find out details.
Posted by Mark Aubrey at 11:09 PM No comments:

Another Listia pickup. This was probably my most expensive purchase on Listia. 5,494 credits later I have this nice, hard signed college football card with the college logo airbrushed right off the helmet. 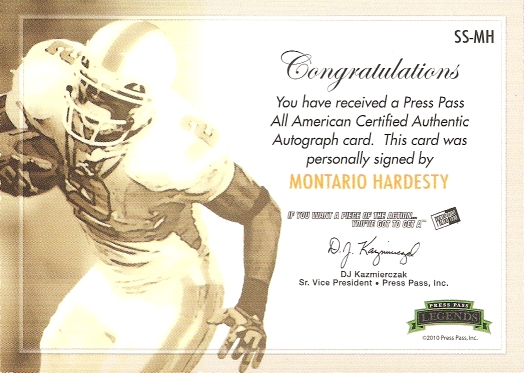 I think that Montario is actually a new province in Canada.

He played for just over 4 seasons at the University of Tennessee (Go Vols!) before being selected in the second round of the NFL Draft.  He's had two seasons with the Cleveland Browns and has scored one touchdown.  A bit different with the big boys.

Seeing that I can get one of these cards at COMC for just over $2, I think that I might have overbid at Listia.  I'm happy with it, though.
Posted by Mark Aubrey at 11:00 AM No comments:

Let's not bicker and argue about...

I picked these up on Listia a few weeks back.  I don't remember what I paid for them, but I do know that they're part of my JB collection.  Correction, my wife's JB collection. 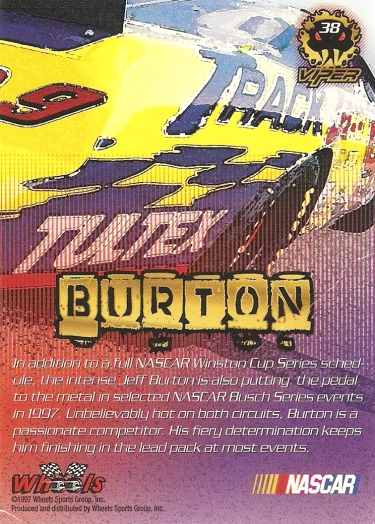 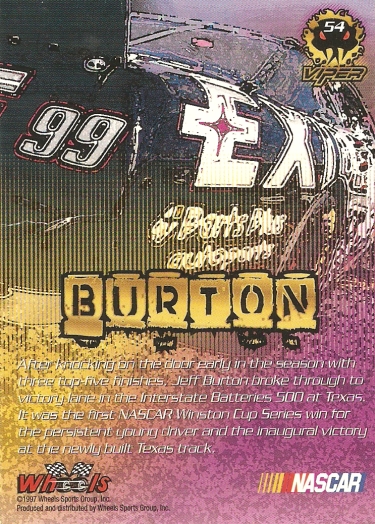 One of these days I might actually get back into blogging.  I've been having too much fun doing research.  Please bear with me.
Posted by Mark Aubrey at 10:46 PM No comments:

What I did on my summer vacation

"What? You've been gone? I hadn't noticed." That's what I'm expecting to hear. Well, I've been here, there, and everywhere.  I've got tons of posts in my mind's queue.  Finding time to scan and compose, that's been another story.  Enough whining on my part.  Here's one thing I did last week.

I attended the 18th Rickwood Classic.  Four other guys climbed in my van and away to Birmingham we sped.

They honored Negro League players.  I was able to get several of them to sign a postcard (not yet scanned) and I spent a few innings talking with them (audio files not yet posted).  Russell Patterson gave me his card.  He wanted to sign it but his pen had dried up.  I got his signature on the postcard.  I'm not that worried. 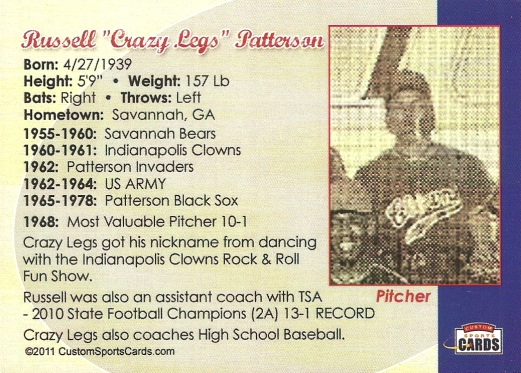 About the third or fourth inning I sought out Fergie Jenkins, the Guest of Honor.  He was in an air conditioned room, signing autographs for free.  One per person. 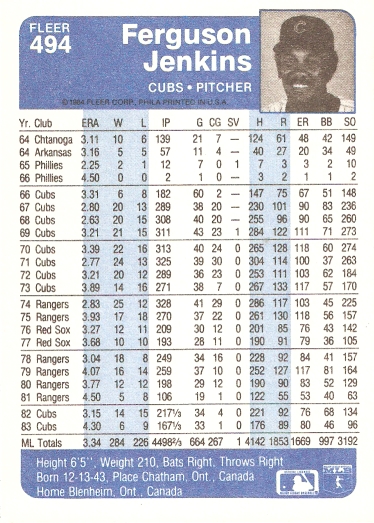 He was very generous with his time, posing for photos, personalizing items. 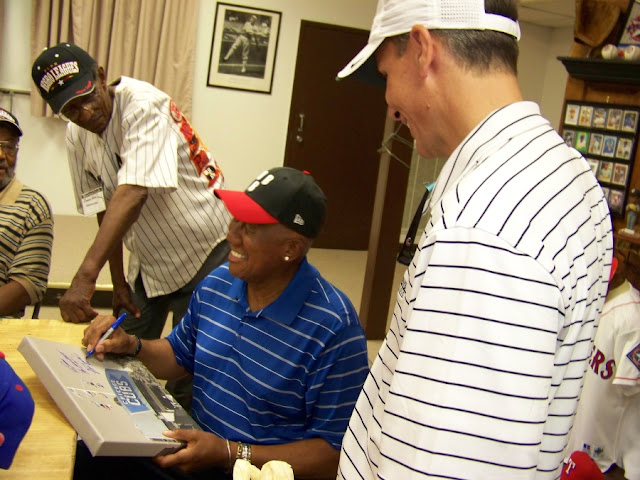 I took the opportunity to ask him about baseball cards.


This photo was pre-game.  Since the Rickwood Classic honors the Negro Leagues, the teams wear throwback uniforms.  The Birmingham Barons wore the 1948 Birmingham Black Barons uniforms.  Tennessee Smokies wore a stylized uniform of the mid-1930s Knoxville Giants.  I get a bit of credit for supplying some photos that the Smokies management used for the pattern.  And apparently I'm a "Knoxville baseball historian" according to the Smokies Radio Network.  I helped Nick Roark with some info on the Giants for a story that he did prior to the game.  I hope to work with him in the future. 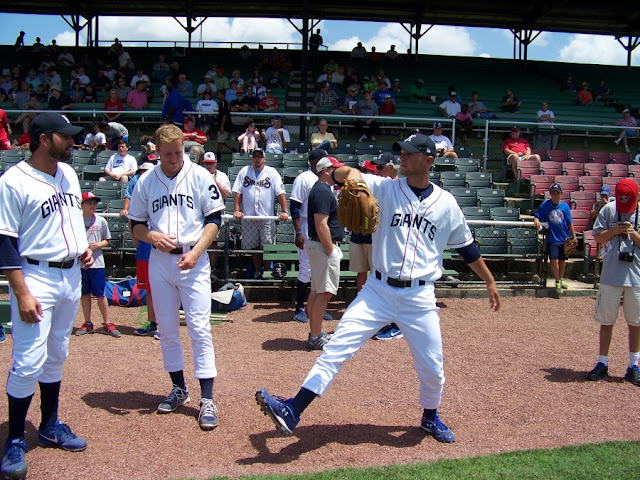 After the game the fans were allowed to take the field.  I really like this photo. 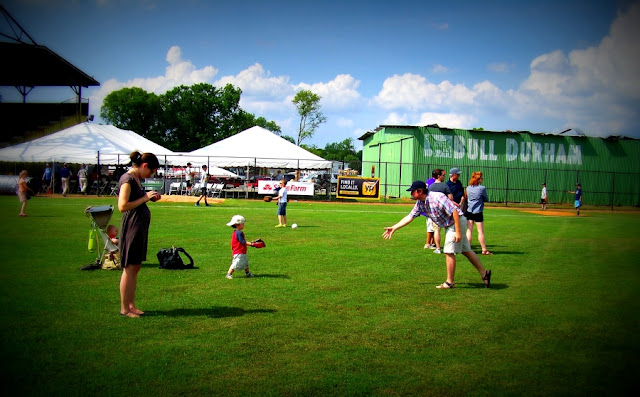 One of the guys I attended the game with shot tons of photos.  They are amazing.  Cliff's photos from the day can be found at his smugmug account.  Go look.  You'll be glad you did.
Posted by Mark Aubrey at 11:19 PM 4 comments: