A few weeks ago Scott, from Scott Crawford on Cards, had a "caption this card contest". There were only a few other entries so I figured I'd give it a shot. In a moment of delirium he chose my entry as the winner.

Let's see what Scott sent for some of my prize...

Some vintagey goodness.  What is the definition of vintage?  Some say, anything over 30 years old.  Some say, anything older than the collector that holds them.  Others will declare vintage as any card created before the end of WWII.  I don't know exactly, but I'd go with anything 1970 or before. Now, that's not a hard and fast rule, but that's what I'm saying tonight.

Four, count 'em, four Hall of Famers.  They had 90 Wins between them that year.  That's why they're leaders.

Dock Ellis.  Traded. On December 11, 1975 he was traded by the Pittsburgh Pirates with Ken Brett and Willie Randolph to the New York Yankees for Doc Medich. Dock for Doc. Sounds fair enough.

We've all seen these and some are haunted by them.  They were inserted into wax packs.  Scott sent over the whole set of 26.  Sweet.  Individually they are annoying.  In the safety of page protectors they look rather nice.

Apparently Scott couldn't get rid of just one set of the Donruss MVPs, he had to get rid of two sets.

If you haven't visited Gary Cieradkowski's wonderful The Infinite Baseball Card Set, go there now. This is a promo card featuring a young Babe Ruth who looks like he might be a young Bob Hope.

An almost vintage hockey card.  Not a helmet in sight.

And the crown jewel of the prize?  A custom card of my blog avatar, Cy Barger.  Or maybe it is me.  I'm not quite sure and I don't spend a lot of time in front of the mirror.


There are many more cards that Scott sent me, but I didn't want this to turn into a tribute to the Night Owl. Thanks, Scott for my prize.
Posted by Mark Aubrey at 11:00 PM 1 comment:

More important than being cute is to remember what Easter stands for.  It is about the resurrection of Christ the Messiah.

May you all have a blessed day.  Enjoy family, candy and rest.
Posted by Mark Aubrey at 1:57 PM 2 comments: 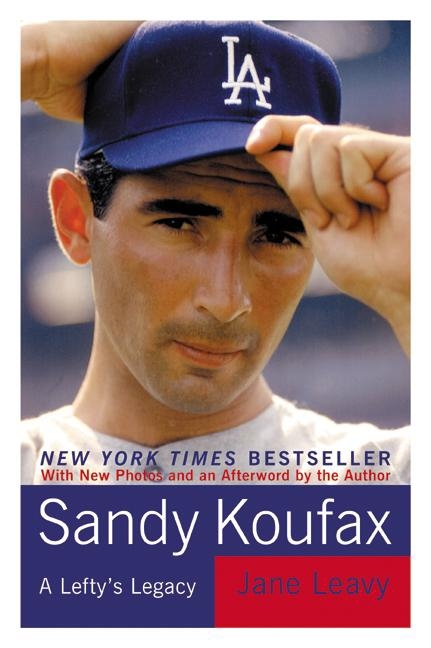 This last weekend I finished reading Jane Leavy's Sandy Koufax biography.  I was highly impressed.  I purchased it last year at a local friends of the library book sale.  I'm glad I did.

The book alternates chapters between a biography and an inning by inning recap of Koufax's perfect game.  Jane Leavey does a nice job letting us see what she learned about the pitcher and drawing us into the description of the game.  He's a tough one to understand, seemingly aloof, but always a gentleman.

Leavy taps teammates, opponents, reporters, players that were still in elementary school when he retired, and more for stories and insights.  Her writing style is relaxed, but with a purpose.  The one thing that did jump out at me is the use of some words that didn't quite seem to fit in a baseball biography.  An example is the word denouement.  It is used four times in the book.  A bit of a speedbump while driving the reading car.  But that is a minor quibble on my part.

Take a look at the book page at Harper Collins.  Go to the library and check it out.  Better yet, go buy a copy.  You'll want to share this with your baseball buddies and probably will want to reread it in a few years.
Posted by Mark Aubrey at 10:15 PM 1 comment:

Okay, I'm seeing that this is going to turn into a regular feature, and at the moment is pushing aside sports cards.  I'm fine with that.  I'll get back to cardboard eventually.


The Boston Public Library's Leslie Jones Collection has this photo of Teddy Ballgame in an exhibition game.


Although they don't specifically say that the catcher is unidentified, they don't actually identify him.  That's where I step in.

From this newspaper article we can see that Holy Cross's catcher had the surname of Barry.

I sought out Meredith Cook, an assistant director of athletic media relations at the College of the Holy Cross, for more information on the catcher and whether he was at all related to Jack Barry, longtime coach at the school.

She replied that the catcher for that season was named David Richard Barry and was not sure if David was related to Jack or not.  I did a bit of research and Jack Barry left no children.


I'm not sure who the umpire is, but another player has been identified.
Posted by Mark Aubrey at 3:00 PM 2 comments:

Some time back I initiated a trade with Sean from Condition: Poor.  I sent him some castoff manager cards during one of my cleansing sessions.  I sent him a few other things: stickers and the like.  Somehow in the midst of doing responsible things (work, tending to important family issues, that sort of stuff) he managed to get a package sent out my way.

Since I've been negligent about posting anything remotely to do with cards, I figured that I'd not only show some of the cards now, but a few later on.  Trust me, I'm on a research roll, so you'll welcome the respite of cards.

What did Sean send me?  Vintagey goodness.  Walt Bond sporting a Houston cap before they were the Astros.  I can't think of another baseball team that used or uses an actual product (Colt .45s) as their team name. 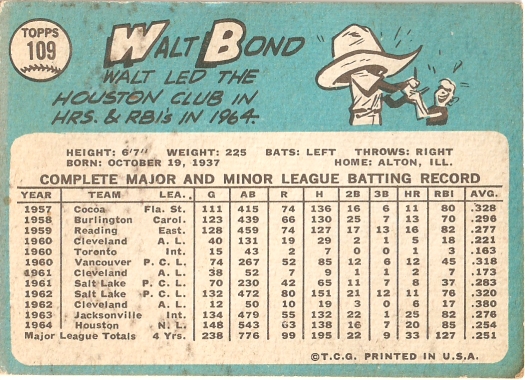 Sean also sent a stack-o-Diamondbacks.  I'm gathering these for my father, who will be visiting next week.  Stephen Drew is joined by about 35 other D-backs. 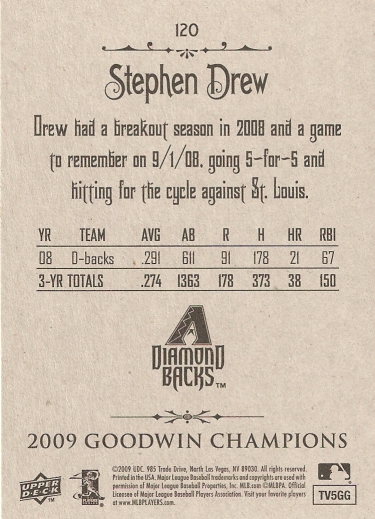 The final card of this post Sean's generosity is a SlangKo original.  Sean captures Orel's classic pitching form brilliantly.  The determined look, the upturned glove.  That, a bit of fine pitching and some luck earned him the Cy Young Award in 1988. 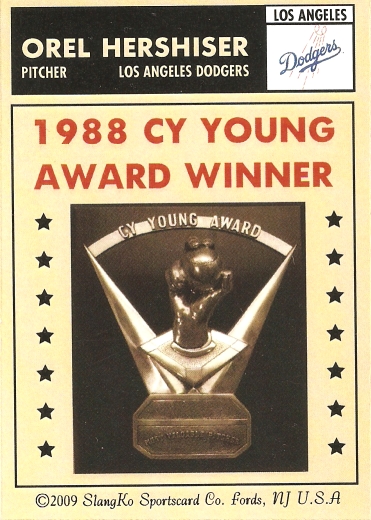 Sean, thanks for the trade.  Keep up the good work.  And congrats on the birth of your daughter.
Posted by Mark Aubrey at 11:14 PM No comments:

While doing some research on players not yet identified I was perusing copies of the Lewiston Evening Journal from 1939.

On the sports pages is a regular column, Ye Sport Sandwich. 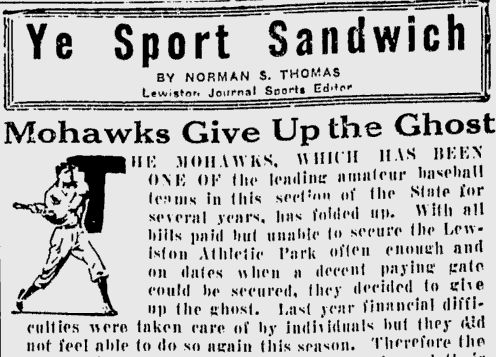 They use stylized drop capitals to lead off the opening paragraph.  A few months ago I featured some from The Sporting News in 1923.  Here are some examples covering three different sports.  I did not check each and every issue, so there are probably a few letters waiting to be discovered. 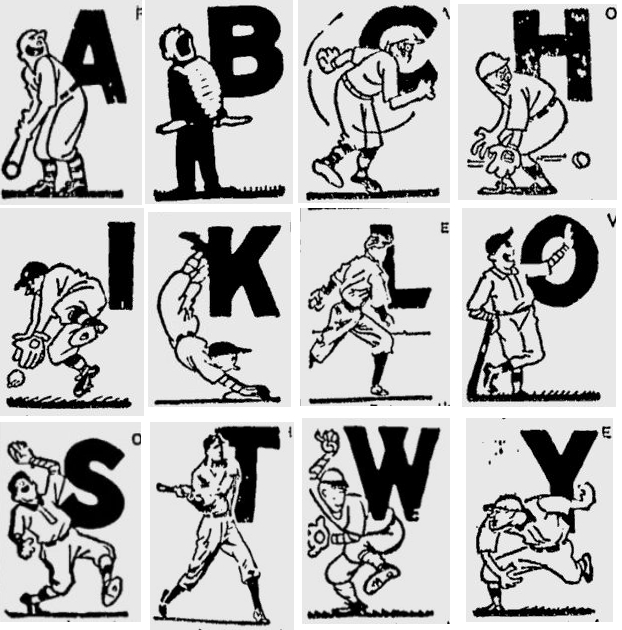 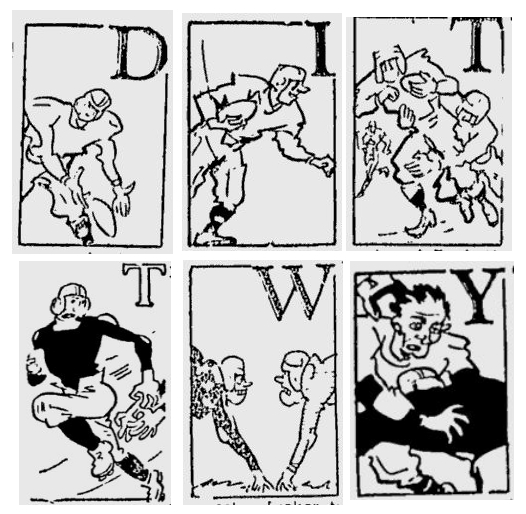 images from Google
Posted by Mark Aubrey at 10:08 PM No comments: 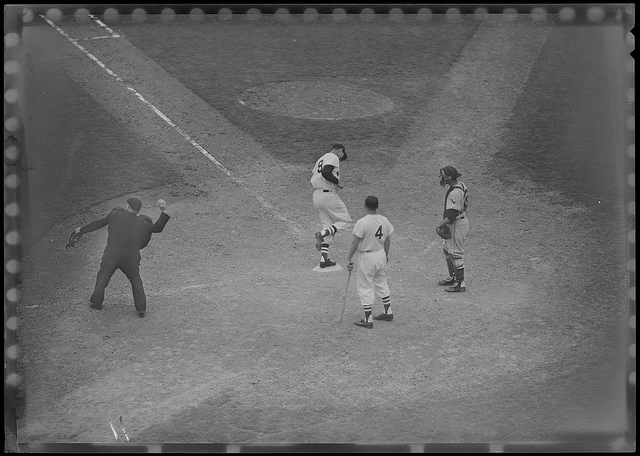 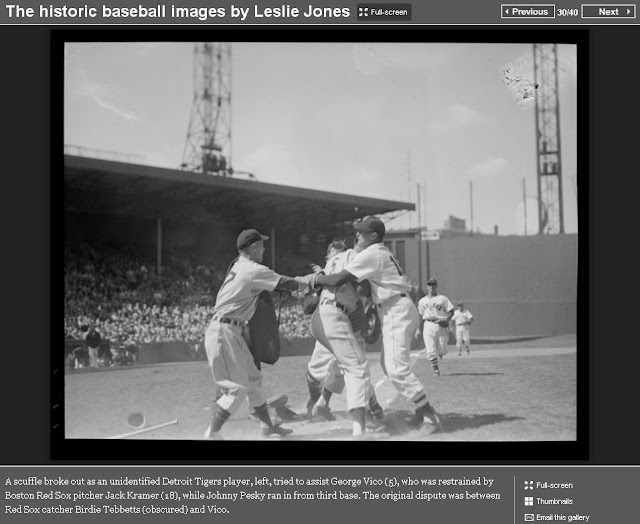 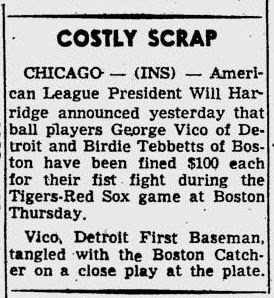 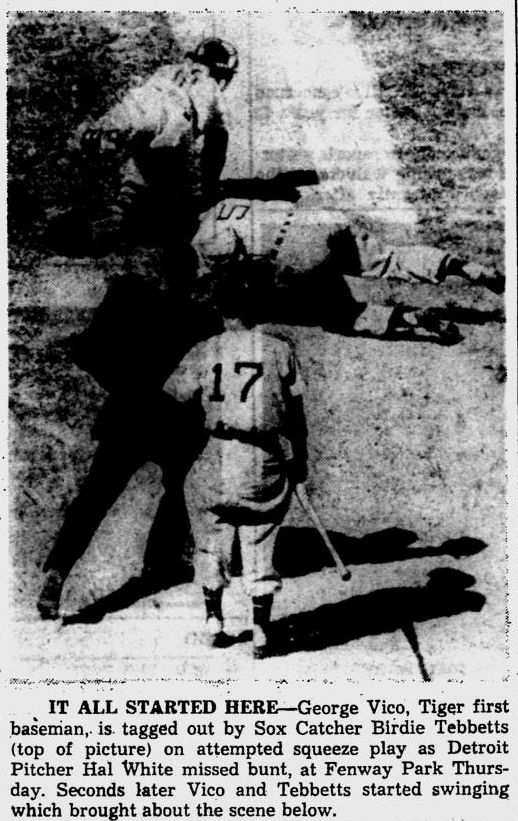 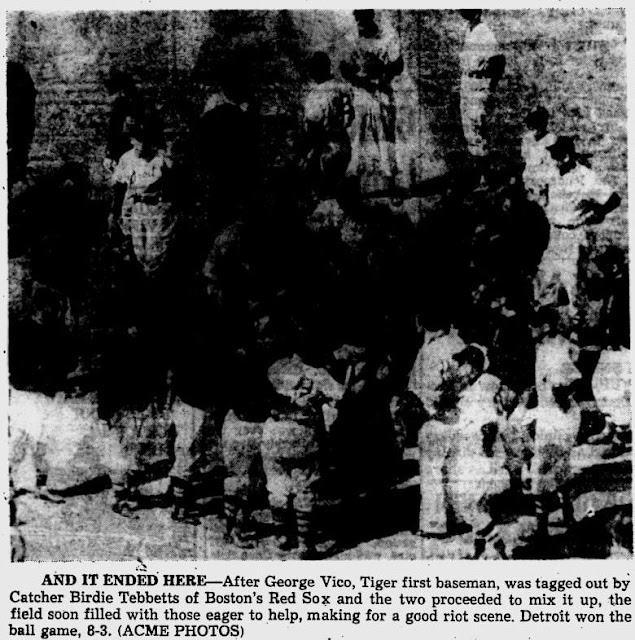 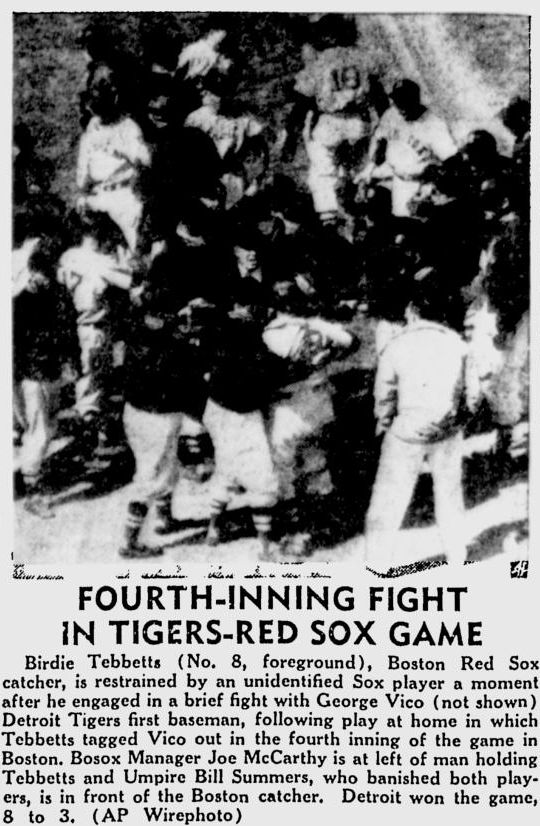 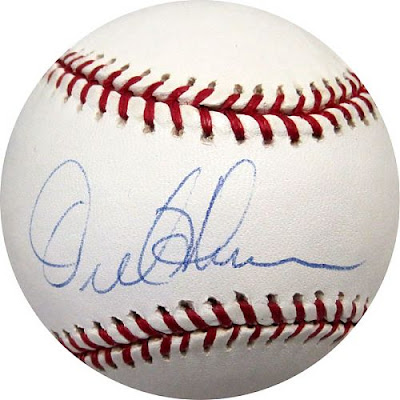 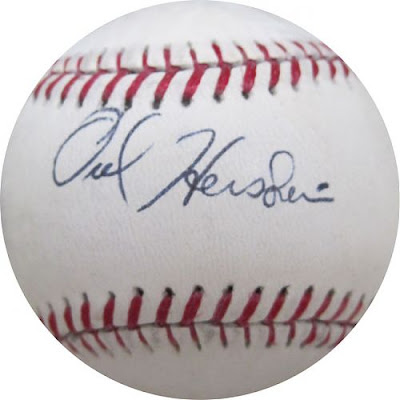 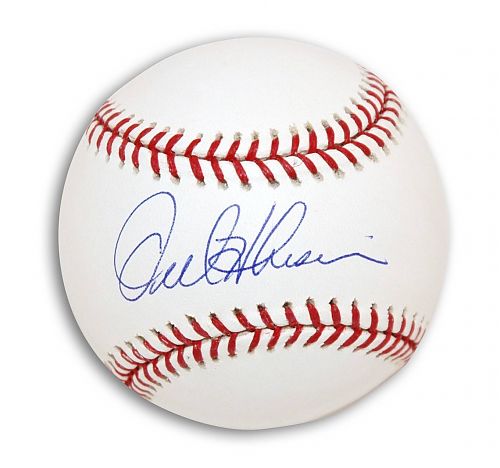 A few months back I was contacted by an online presence that sells sports stuff. I took a look at that time and decided that I wasn't interested.  Normally I reply with a pleasant, but firm "Thanks, but no thanks."  I must have forgotten this one.  Last night the online presence contacted me, following up.  I took another look at their site, a bit deeper this time.  I found the three items above.

This time I replied to the presence, asking if they could explain the differences between the items.  Since the price of these signed baseballs range in price from $81.60 to $144.74 I was concerned that someone might be getting fleeced.

The reply that I received was:


Thank you for pointing that out. I'll forward your email to our webmaster to have it sorted out.

Have the webmaster sort it out?  What?  Maybe somebody in Quality Control?  Maybe owning up to the fact that there is a problem and that they've been selling funny autos?  No, that won't happen.  It would seriously damage their reputation.

I'm not so naive to think that this doesn't happen at other places.  Other stores, ebay, even big auction houses.

I don't think I'll be accepting that link.

I'm in the process of organizing my Orel Hershiser collection. I had my cards in a binder, but they were roughly categorized by manufacturer and then by year. Roughly. There were a few four-pocket pages for the oversized police cards and tracts. And those strange food discs. And a box for stuff that just doesn't fit anywhere else. You know, the bronze ingot card, the Topps DoubleHeader standup plastic holder thing, an SLU figure, a pin, a coin, the fat relic cards that don't fit into a standard binder. Those sort of things.

I now have a new binder with those tabbed dividers. One tab per year. It makes it very easy when sorting cards. Now I'm going through the cards to make sure that I've entered them into the Zistle.com database.  If there are cards that are entered but do not yet have a scanned image, guess what?  I scan them.

So, here's an Orel Hershiser Rookie Card from up north.  I figure that if I'm scanning them for Zistle I may as well get double duty from them.  No, I won't be featuring every card I scan, but since this is the beginning of the season, and this is OH's Rookie Card, why not share it. 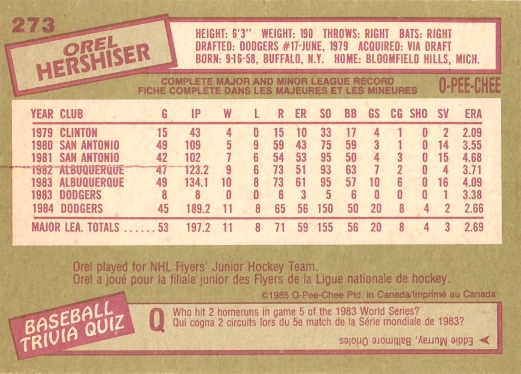 That's a good looking card.  Yes, there's a printing streak on the back.  So what?  He's so baby-faced.  And he doesn't know what's going to happen in the next few years.
Posted by Mark Aubrey at 1:35 PM 1 comment: