I recently completed a trade with Baseball Dad.  Jack was very generous, and was able to knock a few Hershisers off of my want list.   And then he threw in some old timey type cards for fun.  Can anyone see what Jack saw in the four Conlon cards?  And, sometime back he offered up a mess of cards.  I claimed the Jason Dubois rookie.  He still can't figure out why I wanted it.  So, thanks, Jack, for being a good trader and a good blogger. 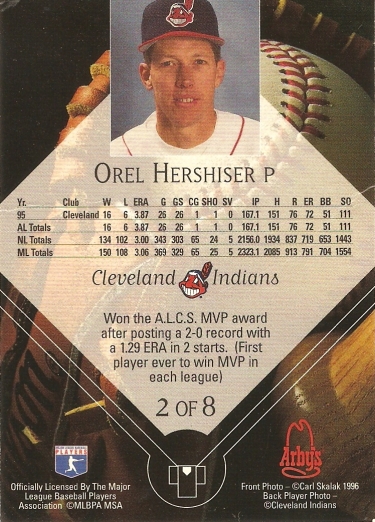 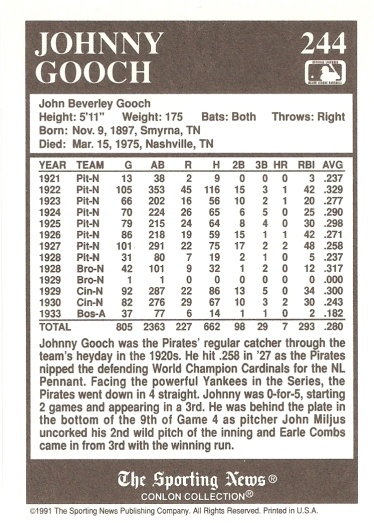 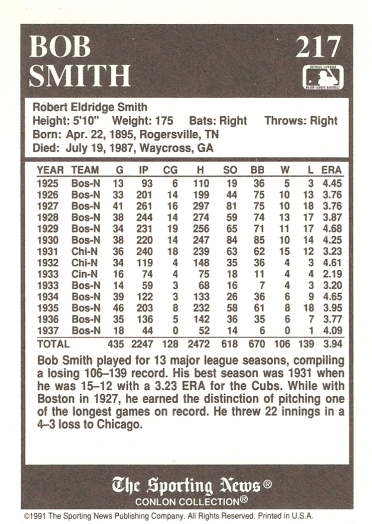 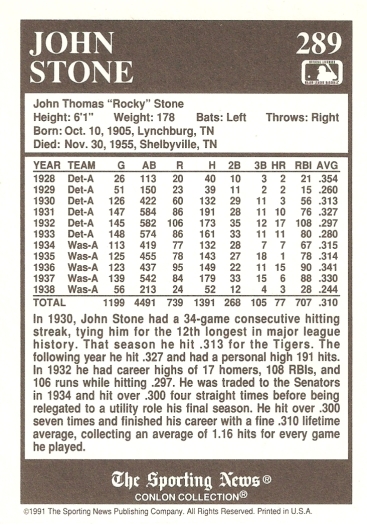 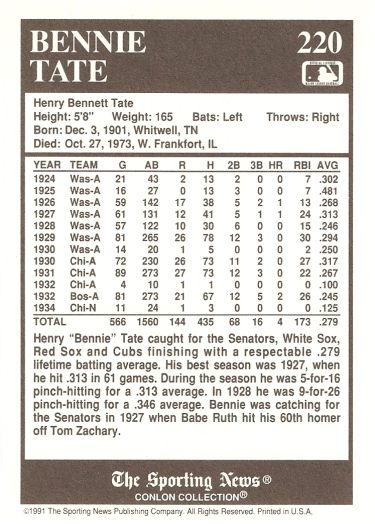 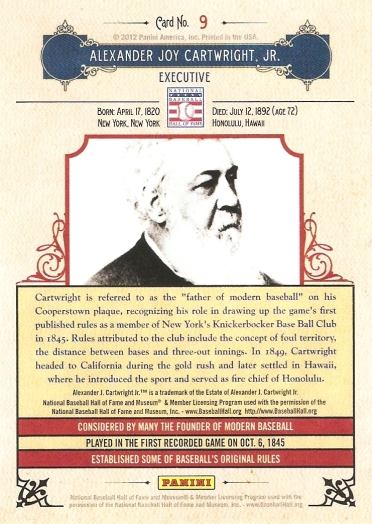 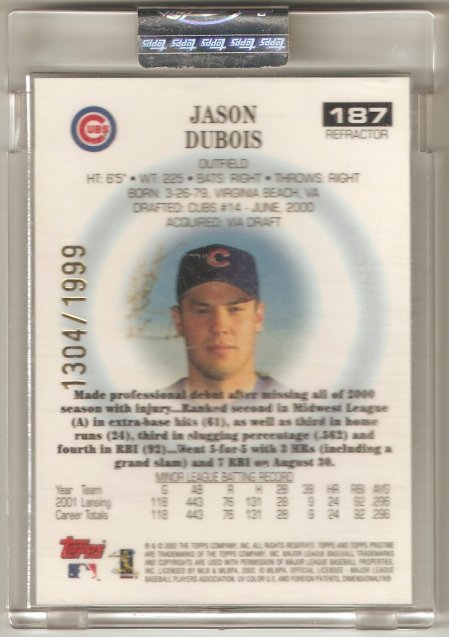 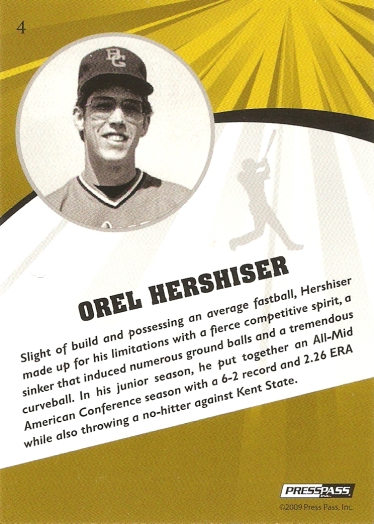 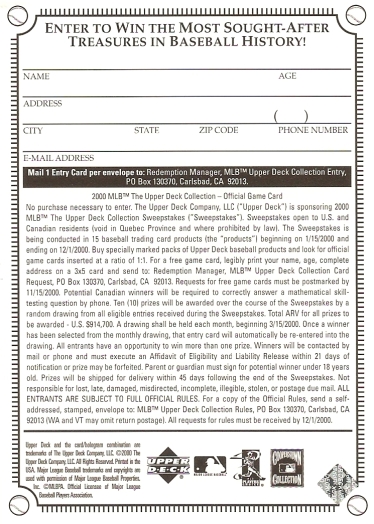 Catching up with the Tarp-Nami guy

He's not just the Tarp-Nami guy, he has a name.  Philip Torbertt.  You might remember last year's viral video...


Philip was part of the grounds crew for the Smokies.  Now he's working at a local branch of US Bank. 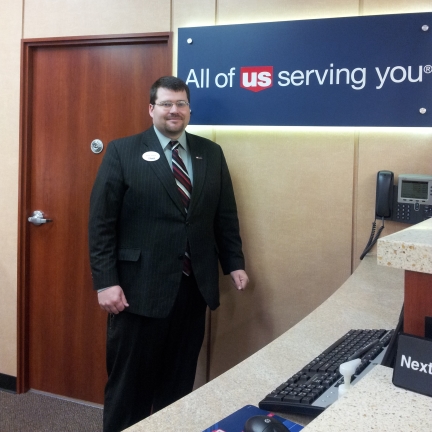 I had to do a food run this morning.  This branch of US Bank recently opened in our Food City.   I stopped to ask about my son opening an account there and Philip asked about my 2012 Southern League All-Star Game hat.  The talk quickly turned to baseball and his 15 minutes of fame.

Okay, there's really no catching up here.  I'd never met him before, but he seems nice enough and we're going to open the account this afternoon.  Just a bit of "Ah, you're the Tarp-Nami guy."

For the local newspaper story about the Tarp-Nami incident click here.

I've been a busy boy on Listia. I picked up a few more cards. Not all of them sports related. The first, my first Jeff Burton relic card, set me back 2,242 credits. Maybe a bit too much, but I have them to burn right now.

The rubber relic looks like it was punched out of a tire slice and then hot glued on top of the card.  No thickening of the card here to even it out.  Cut, glue, plop. 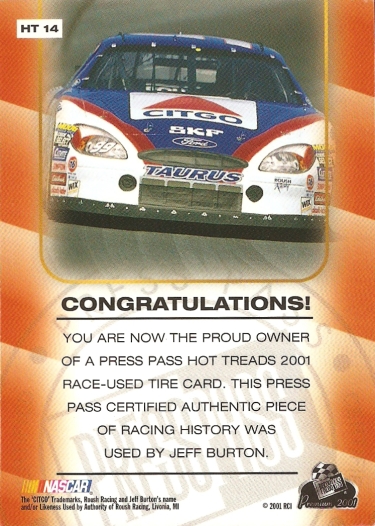 The second card is a tobacco card. From Great Britain in the late 1930s. I liked the look of it.  I've never been to England but I'd like to visit Rye.  It also sounds like a sandwich.  "Yeah, I'll have a rye on sussex.  Hold the mayo."  This fine card set me back 907 credits.

For more of the Holidays in Britain set you can visit this flikr album.
Posted by Mark Aubrey at 4:31 PM No comments:

This card has been on my want list for some time. A bit of an oddball.  I had rarely seen one.  They occasionally show up on ebay, as did this one.  I had some ebay bucks that I needed to burn, so this one set me back an actual 33 cents from my own pocket.

I still didn't know much about the card or the set, if it was from a set, so I thought I'd check my Standard Catalog of Baseball Cards.  There it was on page 1708.  Here's the description:

This six-card set (issued in three-card panels) was sponsored by the U.S. Department of Transportation and distributed at the Little League World Series. Standard size cards have red and blue borders on front, along with the Little League logo. Backs are printed in red and blue and include a highway safety message and sponsors/licensors logos. 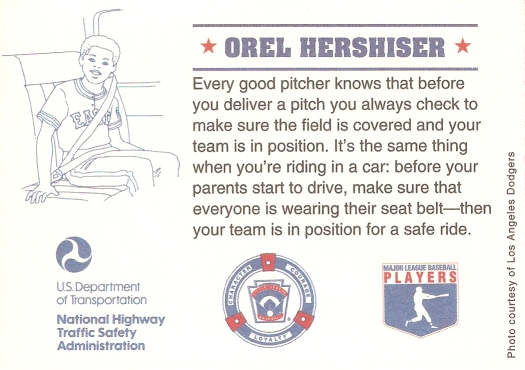 Players pictured in the set are:
The seller tossed in this All-Star card.   Simple in design with a sense of patriotism. 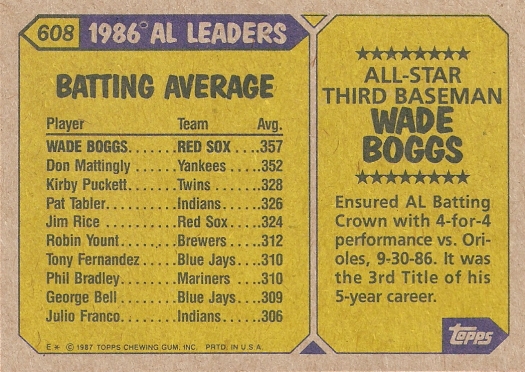 That, boys and girls, was my latest ebay purchase.  In the queue: a trade post, some listia wins, my visit to the ball park, a book review.
Posted by Mark Aubrey at 12:19 PM No comments:

Drop The Gloves is hosting a Blog Bat Around Contest.  You remember those, the Blog Bat Arounds?  What?  You don't?  Some blogger would put forth a question and other bloggers would chime in, all posting about the same subject.  Gripping stuff.  Here's his premise:


You have a theoretical $1,600 to spend on eBay for cards. Give yourself about 30 minutes and post the cards you would buy.

Now, I could probably find a single item that would complete my contest entry, but what fun is that?  I'm going to limit any single auction at $400.  And to make it simpler, I'm limiting myself to Buy It Now auctions.  That means I'm going to have to find at least four auctions, probably more.  And I'm rounding up the BIN price to the next dollar. None of that nickel and dime stuff here. And it would have to be cards that I want.  So, timer on... 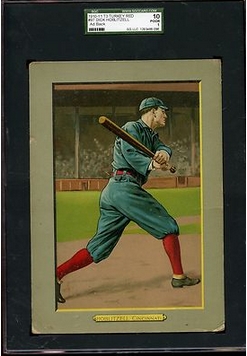 I've always wanted one of these T-3s since I saw one in person a few years back. Part of the Bill Wade collection. 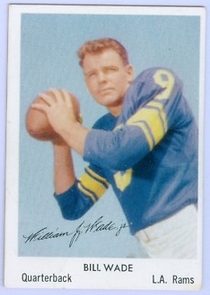 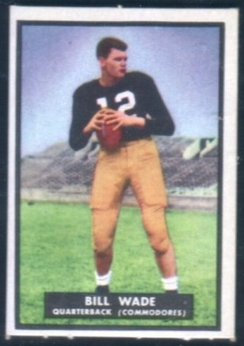 This is an unscratched copy.  He looks so young. 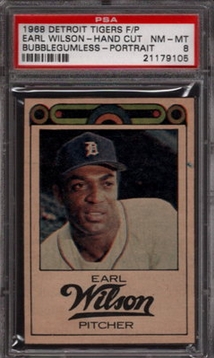 I haven't looked for Earl Wilson cards on ebay in a while.  This is the first card I've seen from that set.  Nice, but I don't know that I'd drop $50 on it. 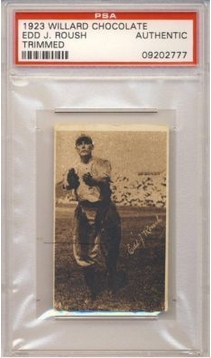 Edd Roush is from the same county that my father-in-law is from.  And he's a Hall of Famer.  Edd, that is.  And it is a card from a candy set.  A chocolate candy set. 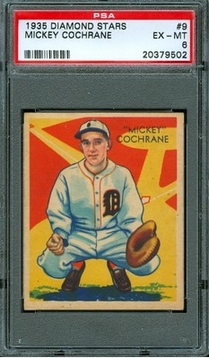 Can't go wrong with Mickey.  I like that the graphic background seems at such a wrong angle to the player. 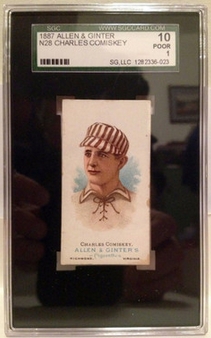 Everybody loves some Ginter.  Poor condition?  Bring it on.  I think it looks just fine. 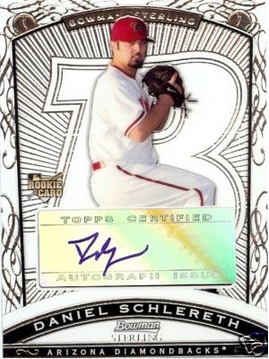 Daniel is no longer pitching for the Diamondbacks.   I'd prefer an on-card auto, but this was a quick filler to finish off DTG's bundle of money.


Okay, pencils down.  I think that I spent just over half an hour on this.  And if my math is correct, I came in right at $1,600.  I love spending fake money.

That was fun.  These are all cards I wouldn't mind having in my collection, but I'm probably not going to be spending that sort of money on them.
Posted by Mark Aubrey at 3:32 PM 2 comments:

At a recent meeting of the East Tennessee Chapter of SABR, one of the members, Lucas Hobbs, offered up some pocket schedules. Lucas is on the board of directors for the Bristol Sox, an Advanced Rookie League affiliate of the Chicago White Sox, playing in the Appalachian League. Technically Lucas is one of the vice presidents of the board of directors for Bristol Baseball, Inc., a non-profit corporation dedicated to keeping professional baseball alive in Bristol, Virginia-Tennessee. 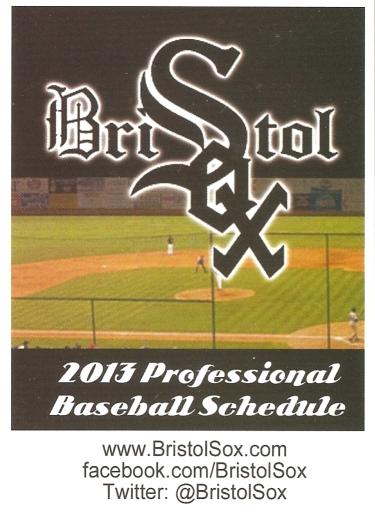 On the way home from the meeting I found this Tennessee Smokies schedule at one of our local grocery stores. 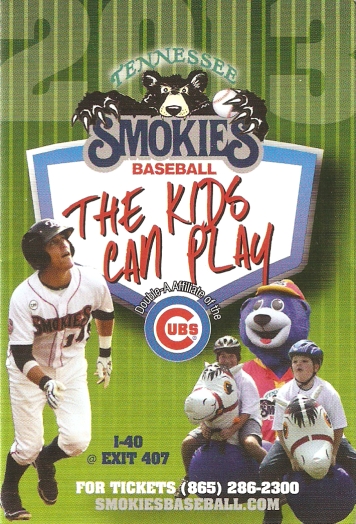 I've applied for my media credentials from the Smokies and I'll be attending the Saturday night game against the Montgomery Biscuits.
Posted by Mark Aubrey at 10:03 AM No comments:

Another listia win, one that I had to apply some muscle so that a fellow blogger would not win it.  Scorekeepers, this one set me back a whopping 215 credits.

Here's what The 2009 Standard Catalog of Baseball Cards says about this set:

1993 DiamondMarks
While they look like baseball cards and were sold in foil packs like baseball cards, DiamondMarks were licensed as book marks. Issued by Barry Colla Productions, the 2-1/2" x 5" cards feature Barry Colla’s trademark high-quality player photos on front and back. The UV-coated fronts feature black borders with the player’s name in white above the photo and a color team logo beneath. Backs, also bordered in black, feature two color player photos in an open book design. There is a portrait photo on the left and a head-and-shoulders reproduction of the front photo at right. A bookmark with team logo is incorporated in the design. The 120-card set is unnumbered and is arranged in the checklist below alphabetically within league and team.

Eyeballing the printed checklist there were from 3 to 7 players per MLB team.
Posted by Mark Aubrey at 1:41 PM 1 comment:

Joy of a completed trade

A comment showed up on one of my recent posts. A new (to me) blogger, The Prowling Cat, had some cards I might want. Did I want them? Sure!

This is a portion of what he sent my way.  14 Jeff Burton cards.  I needed the nine shown below. 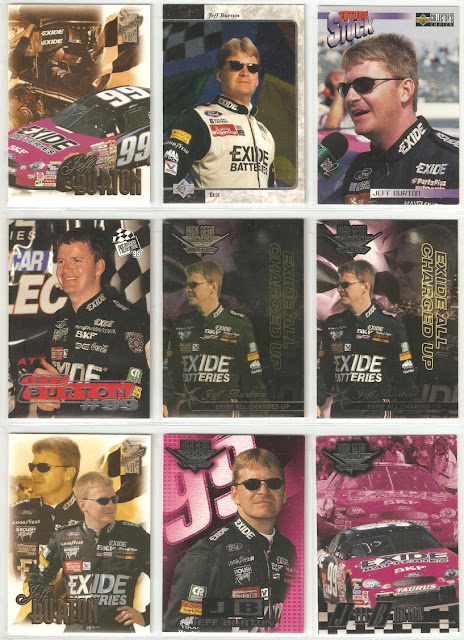 Just like baseball cards, there are some parallels.  I am really trying to get my Jeff Burton checklist assembled.  The 2013 Press Pass Ignite Racing tentative checklist just came out.  About another 15 JB cards.  Base cards, hobby parallels, retail parallels.  Black, blue, and red memorabilia cards.  Black, blue, and red autograph cards.  I'll be going after the base when they come out. 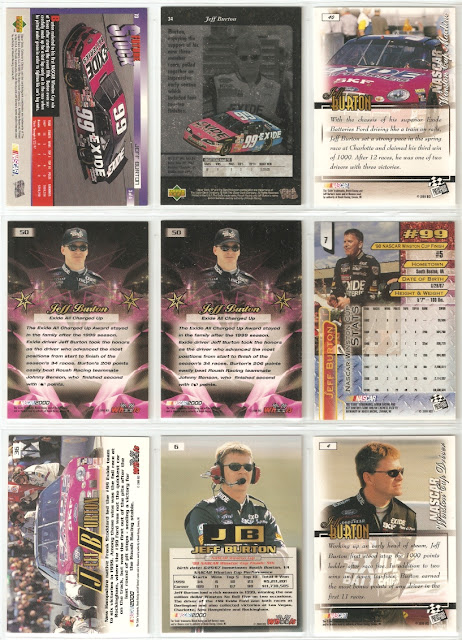 Thanks, Prowling Cat.  I hope you enjoy the skeds I sent your way.
Posted by Mark Aubrey at 9:00 AM No comments:

The voters have spoken

Well, I guess they voted.

Back in March I asked about which Fergie Jenkins card I should ask him to sign at the 18th Annual Rickwood Classic in Birmingham.

Six cards were offered up and the overwhelming response was the 1984 Fleer.

Okay, overwhelming might be the wrong term.   I don't understand the blogger's poll widget.  At one time there were 11 votes cast.  Now there are seven.  The 1984 Fleer still had the most votes, though.  With four.

The 2005 Timeless Treasures HOF Silver came in second with two votes.  The more I look at it, the only thing that really draws me to it is the HOF on the right hand side.

Maybe I'll pick up one of each

The 2005 UD Past Time Pennants struggled in with just one vote.  I think that Fergie's trying to get that Oscar Gamble 'fro down.  Needs more time.

Thanks for your participation.

Posted by Mark Aubrey at 2:20 PM No comments:

Turn up your radio

Poking around the web the other night I came across some audio files of Major League baseball games.  I thought that I'd provide a bit more info that the page at archive.org does.  The box scores are from baseball-reference.com.


Van Morrison isn't exactly referring to baseball when he sings, "Turn it up, turn it up, little bit higher, radio..." but it works for me.


If you're interested I previously wrote about a 1939 game between the Indians and the Senators.
Posted by Mark Aubrey at 12:49 PM 1 comment:

Colbey asked about the Charlotte Bobcats in this set. I looked around the web to find a checklist, couldn't, so I made one of my own, mostly based on ebay listings.  You can see that there are still some blanks.  If you can help me fill those in, I'd appreciate it.

Update: Jon pointed me to a complete checklist.  I've corrected and updated mine.