End Of Year Wrap Up

I was going to run a "Top Ten Posts I Did This Year" post.

Then I realized I didn't write 10 posts.  I hang my head in shame.

I haven't been a good card blogger.  I'm still involved in collecting, just not as much.  I've gotten in some cards from fellow bloggers.  I've had intentions of sending some cards out.  For a year I've been planning on doing that.  More head hanging.

I've picked up some team sets for the local minor league team, the Tennessee Smokies, AA farm team for the Cubs.  But I haven't featured them on this blog.  Yet more head hanging.

So, let me put that behind me and show you some cards.

These are from the 2017 Limited Edition Mini Team Set for the Smokies.  Issued towards the of the season, it features some late call ups and some rehab players. 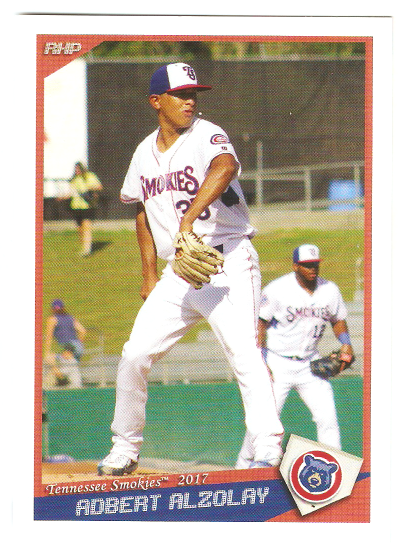 Benny Z came to town and was a darling by all reports.  He hung out after playing and signed until everyone was satisfied. 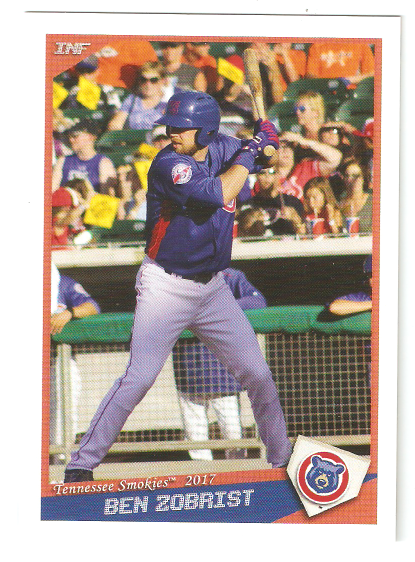 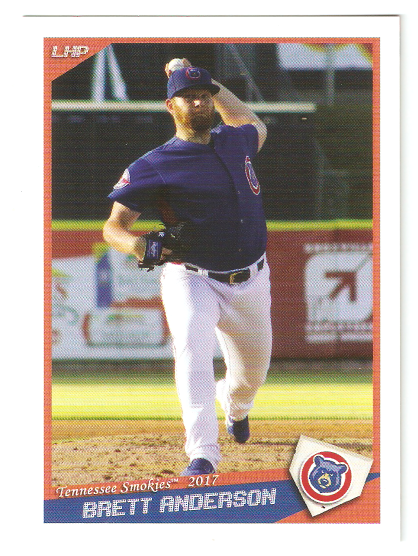 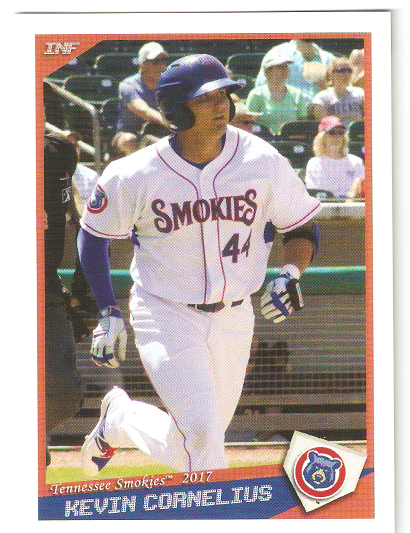 Kyle, down on rehab.  He looks good in a Smokies uni. 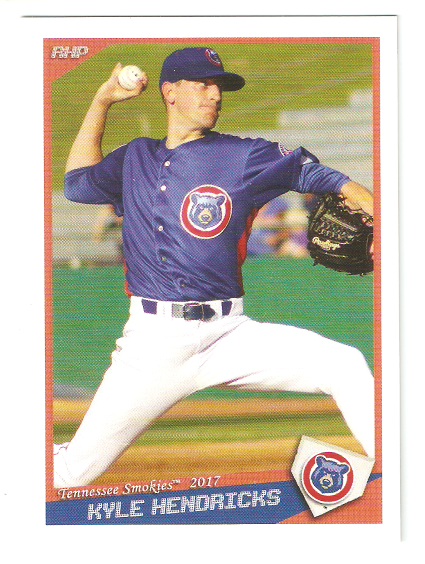 Mick is the radio voice of the Smokies.  A knowledgeable fellow, I enjoy listening to his patter on radio.  He weaves stories into the calls.  A big heart and someone I'm glad to call a friend.  Earlier this year Ballpark Digest honored him as co-MiLB Broadcaster of the Year. 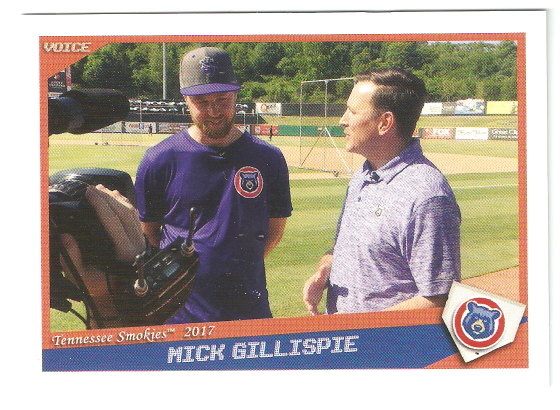 Every team has a guy (or gal) that will dress up and try to get the fans more involved with cheering on the home team.  The Smokies have the Rally Ranger.  A fun, but goofy character. 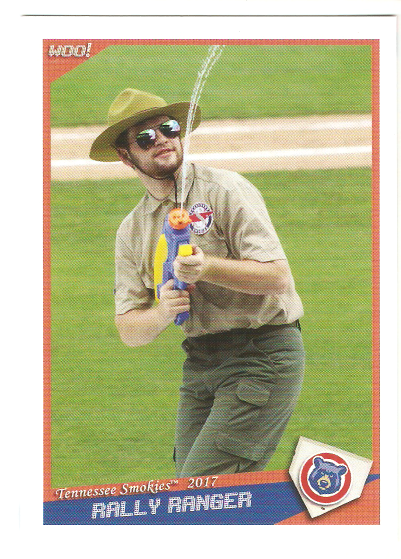 There are 14 total cards in the 2017 Limited Edition Mini Team Set.  This set might be of some interest to player collectors, or Cubs completists.