Today is Halloween. Boo!  I've got some Weird Wheels to share with you.

Some movie cards, some TV cards and closing with a movie card.

As much as I think I'm a hip SciFi kind of guy, I never saw an episode of Space: 1999.  I did have some Major Matt Mason dolls.  Action figures, I mean.

I love sci fi on the screen.  Set design can be very easy.  Bare, blank, utilitarian.  Paint it white.  Good.


And the Bee Gees approve.  I think that's an approval stare.
And I haven't seen a full episode of Doctor Who either.
Posted by Mark Aubrey at 9:00 AM 2 comments:

Another day, another mess of cards. This time it is Superman.  Series 1 had white borders.  Series 2 had red borders.  What else do you need to know?

I didn't really have strong feelings about this movie.  Or the seventeen sequels.  No, wait.  That's Batman.
They had to hire a Canadian to play Lois Lane?
Time for a new library.

Too many trademark symbols in the captions.  It was almost like you were looking at baseball cards.
Classic image.
Did he use Jheri Curl to get that little Kewpie Doll lock thing going?

This week I found some gently loved entertainment cards.  You know, from movies, TV shows, and the like.

They were in an album for a dime each.  The corners are rounded, the edges chipped.  I picked up a few as type cards.  I won't be showing the backs as many of them are just pieces of a puzzle.  "Oh look.  A fuzzy blob of rust color."

First up is a set honoring one of the worst Bond films produced.  The highlights of the movie?  The return to the Bond silver screen for Jaws and the introduction of Dr. Holly Goodhead.


What goes better with cheesy James Bond than some other outer space hilarity?  Highlights of this show?  Pam Dawber.  Funnyman Robin Williams is just rehashing his Mork character in the current TV series Crazy Ones. 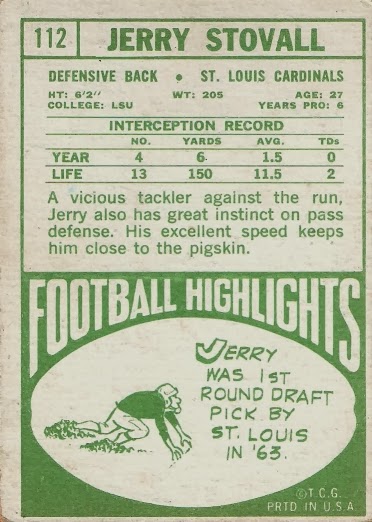 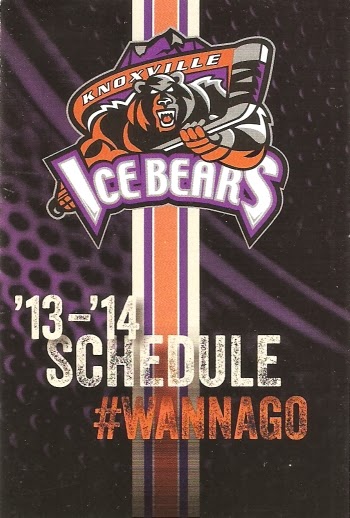 Night Owl recently ran a post about the 25th anniversary of the 1988 World Series Game 5.  Actually it was a post about an awesome night card.

I commented that I needed to go home and watch that game.  I did.


I dusted off my DVD set of the 1988 World Series and popped in Game 5.  My daughter was already in bed, my wife was at a meeting and I didn't feel like watching the Giants/Vikings game of losers on Monday Night Football.

I first went to the Bonus Features and watched various awards ceremonies.  Hershiser being given the Cy Young Award.  The team getting their WS rings.  Things like that.

Then I fired up the game.  My wife came home in about the 3rd inning (actually, she arrived just as I was starting it).  She's a good sport and watched it with me.  I had to stop at the end of the 7th inning.  Sleep was coming over me.  But after waking up and getting my daughter on the school bus I fired up the DVD player and finished it off.  Dodgers win!

Here are somethings I noticed about the broadcast in no particular order:

The pitching mound seemed higher.  Maybe because it looked more like a Babylonian ziggurat than a mound to me.

Compared to today's stadiums, there were no ground level seats behind home plate.  Because of that it was a seven foot wall of green.  I wonder if that gave the pitchers any advantage.  No obnoxious fans twirling their rally towels.

The home plate umpire kept the game ball in the game a lot longer.  Today, if the ball even touches the dirt, it is retired.

There weren't fences in front of the dugouts.  Nowhere for Lasorda to tie up his pony.

The bullpens were just in foul territory, not tucked behind the outfield walls.

The TV graphics were simple.  Almost nonexistent.  No pitch tracking, no stop motion rotate the camera, no gopher cam.  Some split screen wizardry and an occasional instant replay.  I'm sure that some old timer in 1988 said, "What deviltry is this that the talking box can go back in time and show me what I just saw?  Ethel, get the matches.  We're going to burn this thing down.  Now, Ethel.  Put your tea down and get them now!"

The lack of advertising everywhere.  Al Gore hadn't yet invented the internet, so there were no dotcom logos on everything.  Kind of refreshing.

My wife noted that since the announcers didn't have all the replays and graphics at their disposal they actually talked about the players and the game.

I do wish that the DVD producers would have kept in the commercials, but without them the game flew by.

No, I didn't comment on the players or the actual game.  I'll leave that for more learned bloggers.
Posted by Mark Aubrey at 2:41 PM 2 comments:

Last week I asked for some help. You responded. Thank you.  You and other friends and family. We exceeded our goal.  Thank you.

Yesterday was a beautiful day for the 17th Annual Buddy Walk presented by DSAG. 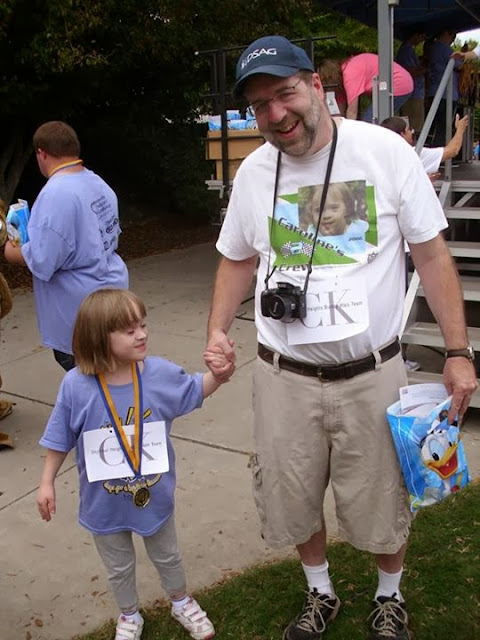 Caroline and scores of others with Down syndrome gathered with their family and friends to celebrate their differences and abilities.  You might recognize the Sunsphere from an episode of The Simpsons. 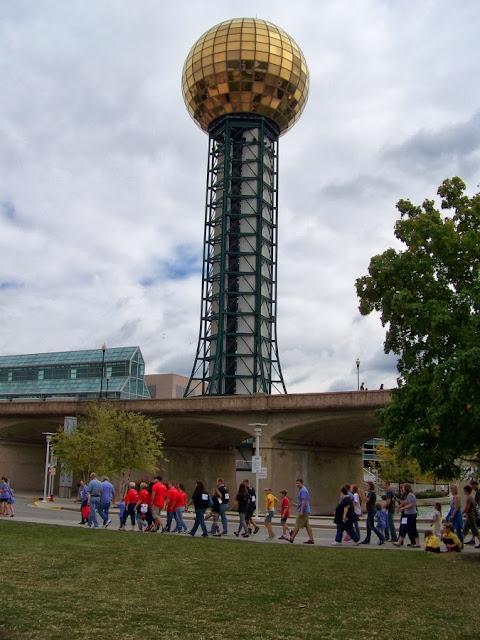 Caroline with her buddy Keegan, and Sarah and Spenser. 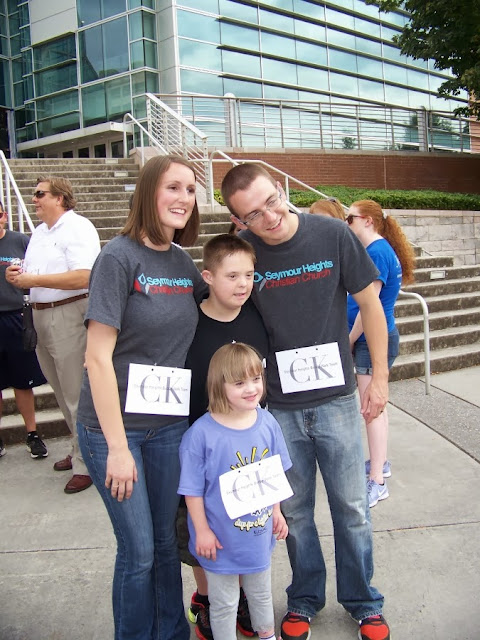 The Hard Knox Roller Girls were there in support. 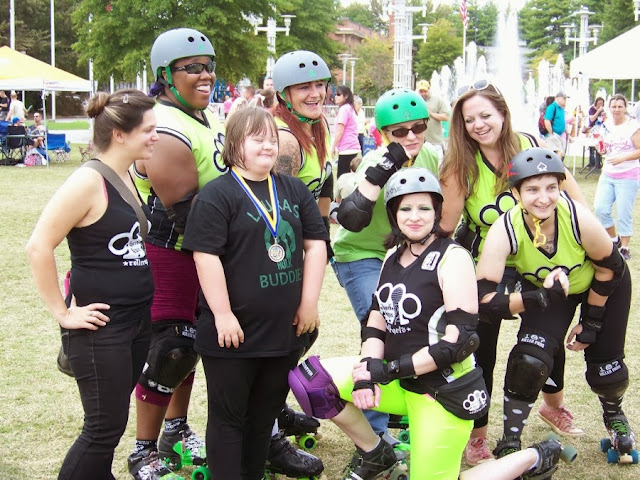 So, again I'd like to say thank you.  The card blogging community is super.  Thanks.
Posted by Mark Aubrey at 12:05 AM 1 comment:

Another day, another listia post. I won a lot of 12 tobacco cards for 1,510 credits. Most of them are of German origin and a few British. Here are the classy women of Germany.

I don't know much of anything about the cards.  Here's a great site about German Cards.  I need to go exploring. 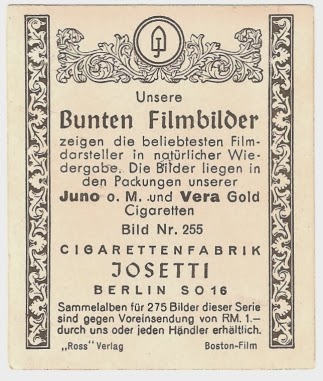 The card of Luise is embossed.  All the little stars are raised. 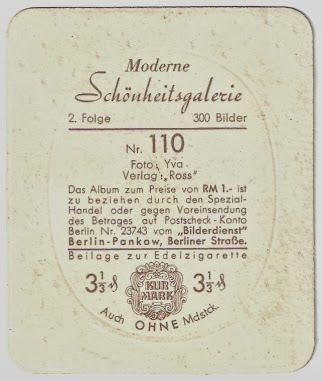 Susi is just a cutie-pie. 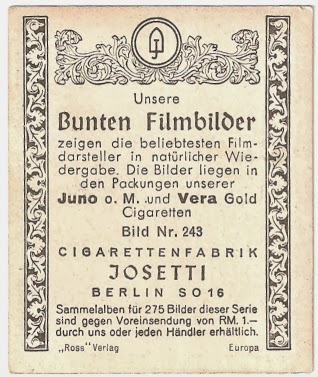 Coming up soon - German landscapes and some transportation cards.
Posted by Mark Aubrey at 8:02 AM 3 comments:

This coming weekend, our family -- along with about a thousand others, will join in downtown Knoxville for the annual Buddy Walk benefiting the Down Syndrome Awareness Group (DSAG) and the National Down Syndrome Society (NDSS).

This year -- hard to believe -- marks the tenth (10th) year that we have walked in honor of Caroline. The first year -- 2004 -- a team walked while we waited through her recuperation from Open Heart surgery at Vanderbilt Children's Hospital. It's funny -- in some ways, it feels like a hundred years ago -- and yet, it feels like it was just yesterday. 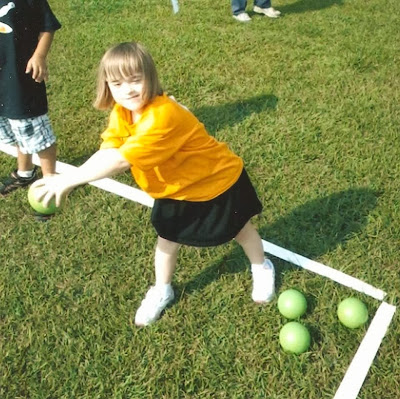 We are walking again this year -- and would love your support. Since it's Caroline's tenth Buddy Walk, would you consider a gift of $10 to support her in the walk? Of course, we'd be thrilled for gifts more than $10. (What parent wouldn't say that!?!)

Sponsoring Caroline at Buddy Walk helps this organization that we have gratefully been a part of for the past 10 years. Your dollars also help fund research into medical treatments and overall life improvements for the Down syndrome community. 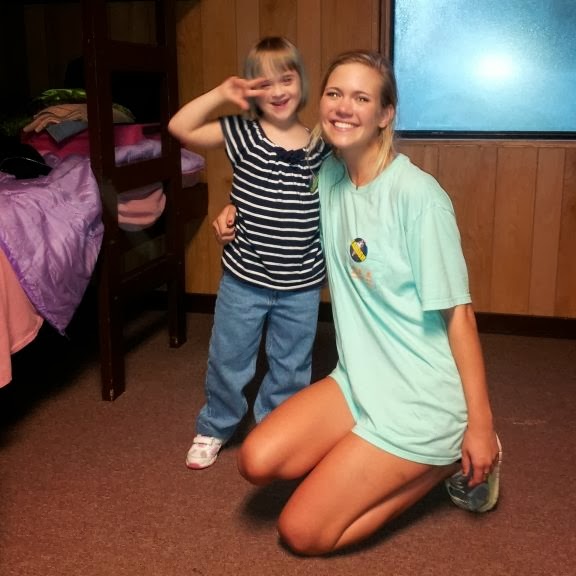 A week and a half ago, Caroline attended her first overnight camp experience -- two nights away -- and we were able to receive scholarship money for her to attend.   It's because of gifts to the Buddy Walk that Caroline and her friends with Down syndrome can receive monetary assistance to attend camp, take dance lessons, and experience many things that their typically developing peers do all the time.

Here's a link to Caroline's fundraising page.  I'd like for you to visit the page -- even if you can't make a donation at this time.

Thank you for considering supporting Sweet Caroline this year.
Posted by Mark Aubrey at 7:58 AM 1 comment: