Bipping from Beardy in Baltimore

I let the package sit a day or two, not wanting to get blasted by whatever is inside. 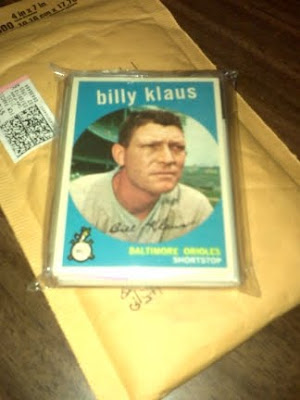 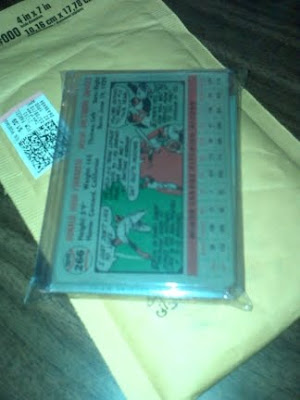 Peeking through the back of the team pack is a 1956 Topps Don Ferrarese. I get it. I'm getting some of his Oriole's doubles. Heck, I'll take them. 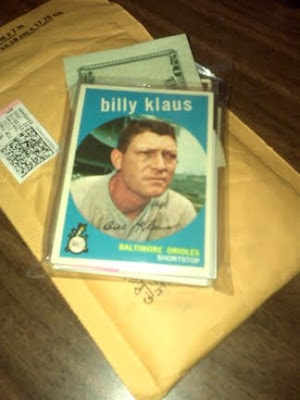 What popped out? A USFR Series 2004, Andy Jackson. Nice. But the rest of the pack is thick. Beardy wouldn't toss that many cards my way, would he? I remind myself that this is probably the pity prize for almost barely not winning any of the top spots in the Ho-Ho-Holiday card creation contest. Dang those semi-professional artsy type bloggers. Grrrr. 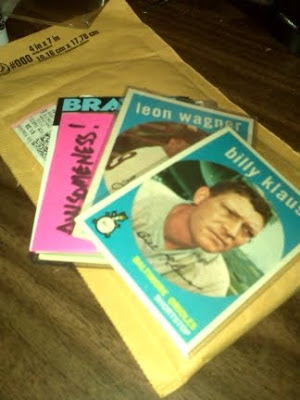 Another 1959 Topps. Willie Kirkland. And some pink tinted 1986 card. Could it be a Dodger? 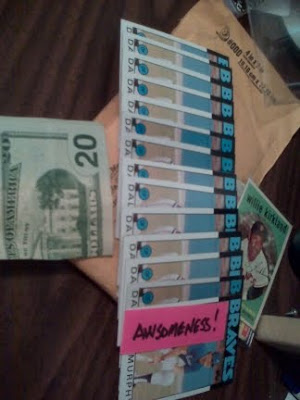 NOOOOOOO! Dale Murphy and his 13 twins. Darn Beardy. Can't BIP like a man. Has to hide them inside some nice cards, lulling me into a peaceful bliss. 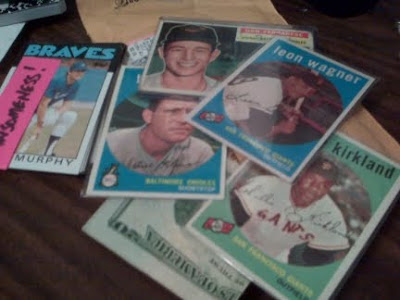 There was also a 1959 Topps Leon Wagner. On the back of that card we find out that he was named after Leon Redbone and Richard Wagner. His folks liked all styles of music.

So, Greg, thanks for the cash. My family can eat again. And thanks for the cards. At least the ones from the '50's. I think I'll send those twin septuplet Murphys down to Atlanta where they belong.
Posted by Mark Aubrey at 7:00 PM