Bertha On His Chest 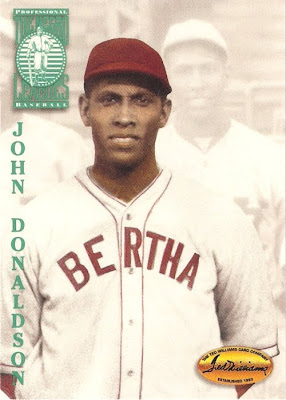 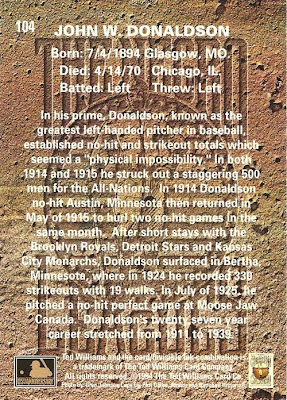 I mentioned the other day about a card package that I received from Jack who also is known as Baseball Dad. I sent him a meager package of cards and he sent me a nice, full package of cards that fit right into my current collecting direction. Negro League players. 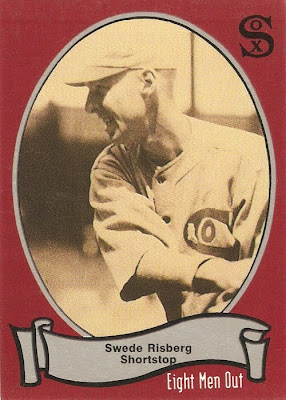 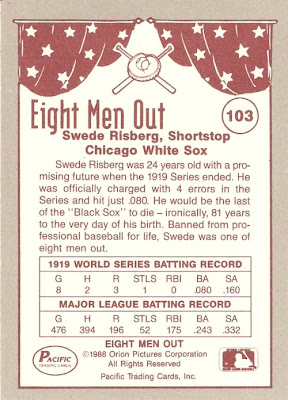 He also tossed in a few cards from the Eight Men Out set. I didn't find this set mentioned in the Standard Catalog of Baseball Cards. It looks like it was a tie-in to the film. The set features stills from film and photos of actual players. It can be picked up rather inexpensively on ebay. 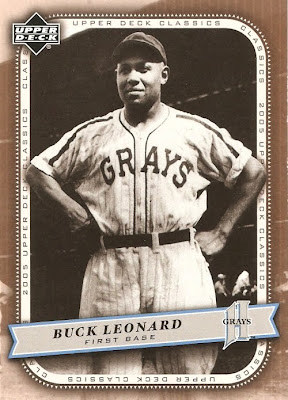 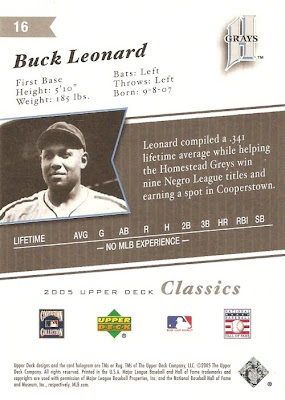 The 2005 Upper Deck Classics is a nice looking set. Well, this is a nice looking card. The 130 card set features players from a variety of eras. Upper Deck milked this set well with a base set, Silver (399 sets produced), Gold (199 sets produced), and Platinum (25 sets produced). They also released some relic and auto sets under the Classics label.
I've found a few more cards that Jack needs and they'll be in the mail shortly.
Thanks, Baseball Dad. You get a thumbs up from me.
Posted by Mark Aubrey at 9:33 PM