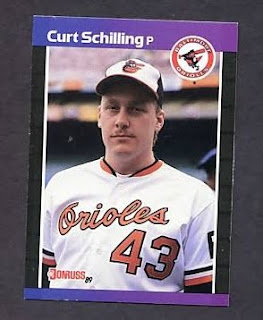 Curt Schilling reported on his blog today that there is potential for him to run in an election to fill the Senate seat recent held by the late Edward Kennedy.
I read about it as a USA Today web story. Perhaps since he's been out of baseball for a few years he was wanting to get back onto a baseball card. It seems that many politicians are doing that these days.
Some other athletes who have turned to politics include:
Whatever the outcome of Curt's decision, I hope that it is the best for him and his family and for the Commonwealth of Massachusetts.
Posted by Mark Aubrey at 8:35 PM