Here's a man that didn't mess around. On the field, that is. 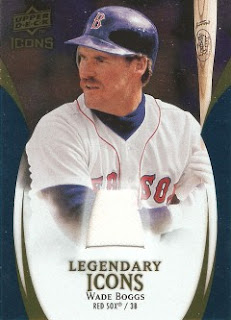 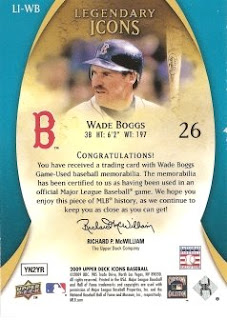 Eighteen seasons in the Major Leagues. Red Sox, Yankees and the Devil Rays. Twelve time consecutive All-Star. Eight Silver Slugger Awards and a couple of Gold Glove Awards. A .328 career Batting Average, with 3,010 hits, 757 of them being for extra bases. He won a World Series ring with the Yankees in 1996. He liked his chicken and his schedule.

I like this card. I paid $2.57 for it on ebay. A bit of S&H. It was part of a three card purchase from the same seller. Sure, the patch is all white. And they use the same photo on the back that they do on the front. But I still like it.
Posted by Mark Aubrey at 4:48 AM