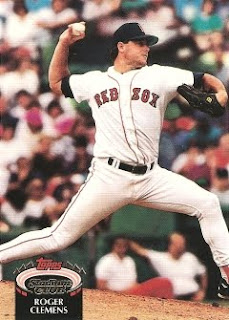 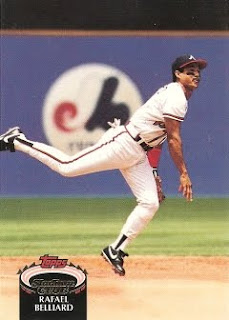 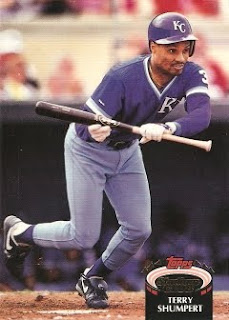 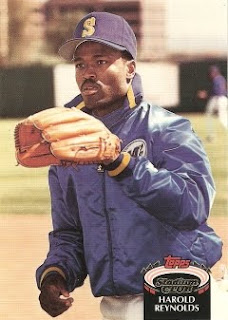 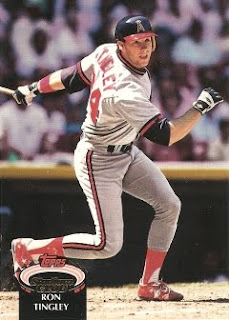 Ron Tingley - 233
Jimmy Key - 259
This year Topps introduced the BARS diagrams. No, not where the players hang out.
Baseball
Analysis and
Reporting
System 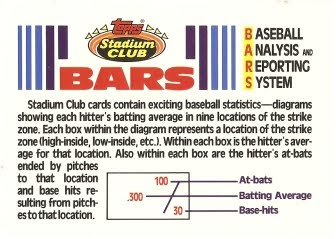 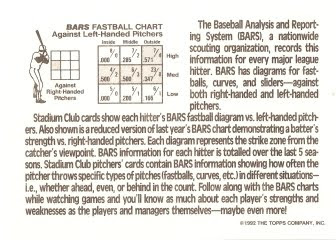 Now, how does this look on the cards? Well, it looks a lot better when the BARS people actually have some stats. 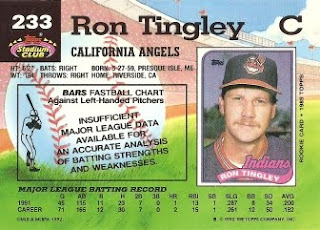 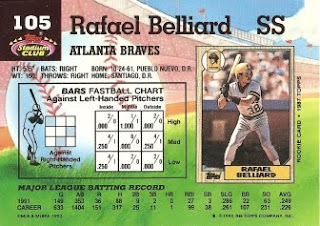 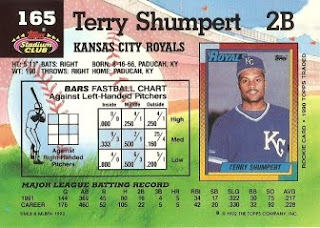 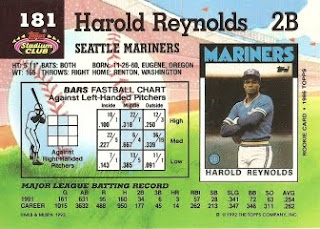 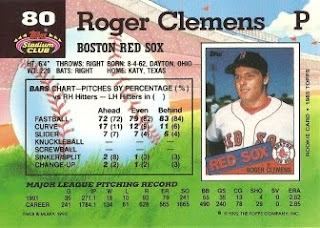 One of the nice things about this set is that the cards feature the player's first Topps card on the back. Of the 15 cards in this pack only two of them are posed shots. The action photography is crisp, focusing on the player and leaving the background nice and blurry. The front of the pack says that the cards are "Produced with Kodak Imaging Technology." There are 900 cards in this set. Too many for me.
Posted by Mark Aubrey at 9:00 PM