This won't be everyone's cup of tea. NASCAR has kicked off the season with some spectacular racing, including great racing in the top three tiers of their domain. 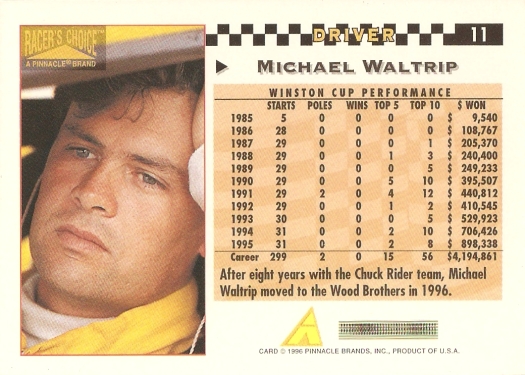 See how young Mikey looks?  And such dreamy hair. 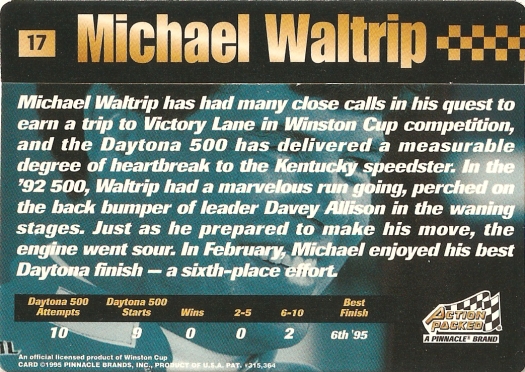 And I don't have a card of young Trevor Bayne, the rookie who won the NASCAR Sprint Cup Daytona 500.  He's a local kid from Knoxville, TN.  The NBC affiliate in town, WBIR, has posted the following video to their website.  This piece was assembled in 2004 and shows a young Trevor winning go-kart races.


Props are due for Danica Patrick for being the first female driver to lead a lap at a NASCAR sanctioned race at Daytona International Speedway in the Nationwide DRIVE4COPD 300.

Props are also due for Jennifer Jo Cobb who finished sixth in the Camping World NextEra Energy Resources 250, the highest finishing position a female driver has ever achieved in the Truck Series.

Congrats to the ladies.
Posted by Mark Aubrey at 10:30 AM