This last Saturday I spent part of the day out and about with my daughter. We went to Popeye's Chicken for lunch, to the library for some reading time and we ended up at the gift shop at Smokies' Ballpark.

Last season they had several team sets from previous years.  They were discounted, but were still about $5 a set. A fair price, but more than I wanted to spend.  On Saturday they had a big tub of sets for a $1 each.

Caroline and I started to sort.  She was a great help and I came away with seven team sets and two All-Star sets.  I'll start with the earliest set that I picked up on Saturday. 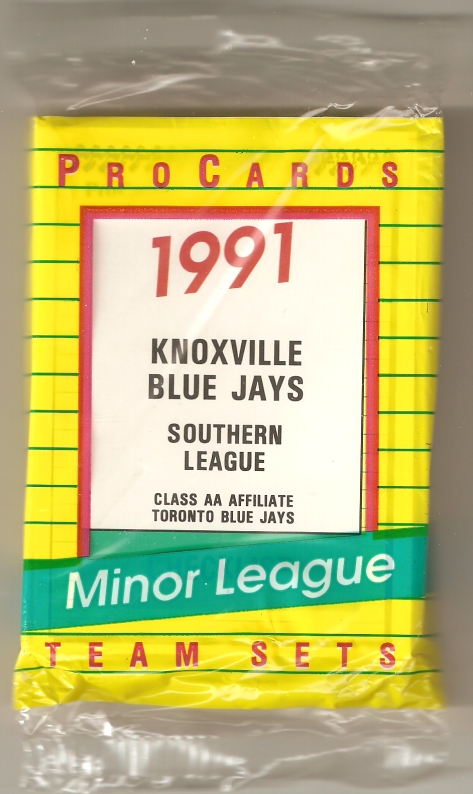 I was just in my second year of marriage when these came out.  I wasn't in Knoxville yet, but I think that the posed photos were taken at old Bill Meyer Stadium. 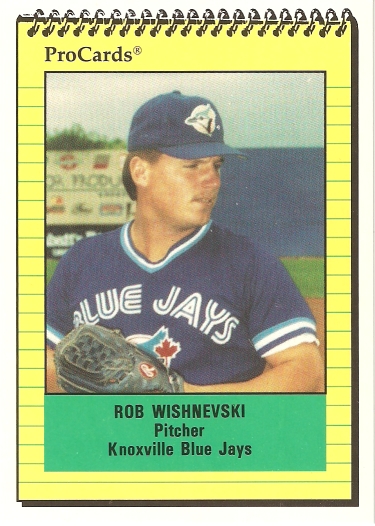 I'd call this the "Stenographer's Set".  I selected Rob Wishnevski to show because he was born in Hammond, IN.  Just like my wife.  Rob is one of two different Wishnevskis to play in the minors.  The other was Michael.  I don't know if they are related, but I'd put some money on it. 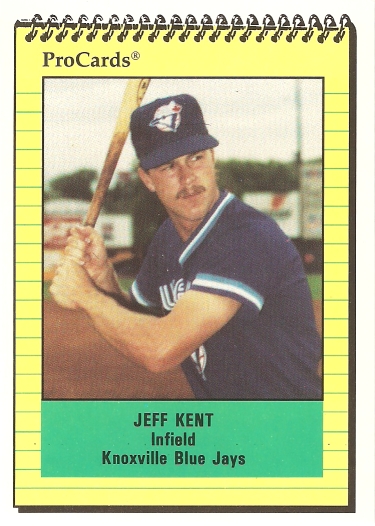 I didn't recognize many of the players featured in this 28 card set.  Jeff Kent caught my eye.  He had a decent run in the Majors, with several All-Star games and an MVP trophy in 2000. 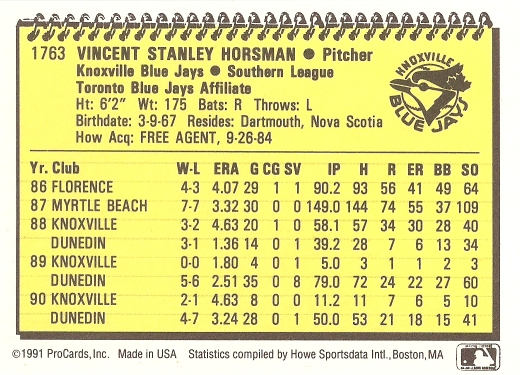 Wow.  Vince Horsman jumped back and forth between Knoxville and Dunedin quite a bit.  At the time, Dunedin was Toronto's Single A team.  It is located in Florida.  About 676 miles south of Knoxville.  Just hop on I-75.  I wonder how many different Waffle Houses Vince stopped at as he traveled that route.

I've put them in binder pages.  All is right with the world.
Posted by Mark Aubrey at 11:45 PM