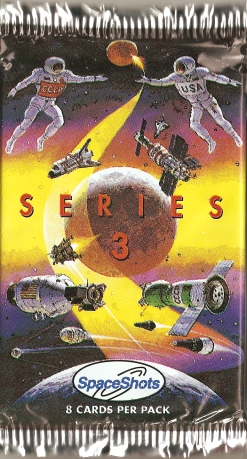 I'm not quite sure how many cards are in this set. This pack is part of Series 3.  Okay, I do know something about these cards.  And a bit more. 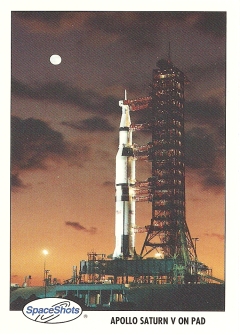 Nothing says Space like a Saturn V.  In flight.  On the pad.  It doesn't matter.  Admit it.  We all flipped through the Estes catalog, dreaming of a multistage liftoff, trying to figure out how to pay for handfuls of C and D engines. 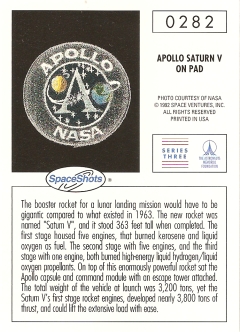 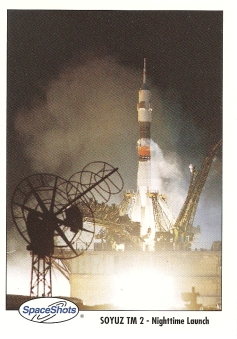 I guess little Boris and Mikhail would spend their nights looking through their Esteskovich catalog, hoping to someday buy and launch an Soyuz TM 2. 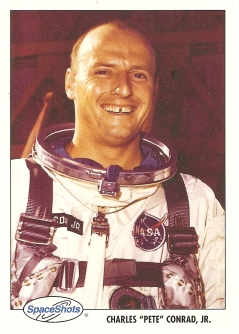 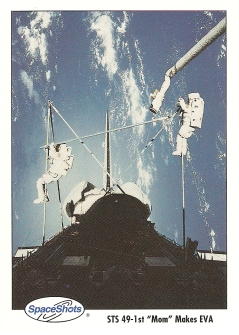 I know that you're waiting for the Hot Russian Space Chicks.  I'm sad to say that this pack doesn't have any. The best that I can do is this shot of Kathryn Thornton.  She's on the left, joined by Thomas Akers.  At least that's what it says on the back of the card. 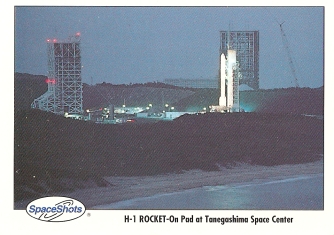 This could be a new amusement park ride.  I don't know what they'd call it, though. 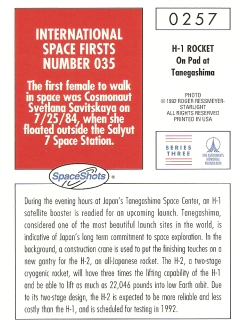 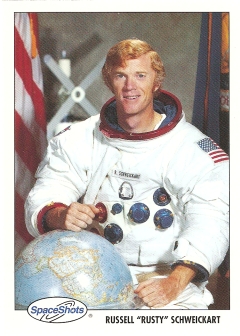 Does anyone else wonder what Alan Kalter was doing during the 1970s?  My wife thinks that Rusty looks like Robert Redford. 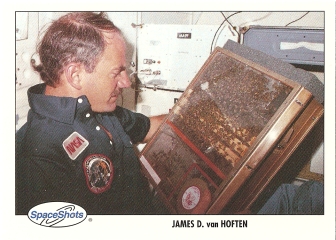 Something not too smart about bringing bees into a small, enclosed area for several weeks, without the ability to open the door and shoo them out. 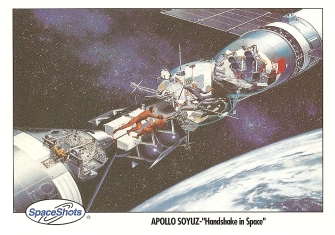 "Mr. Gorbachev, tear down this wall."  Before it became popular. 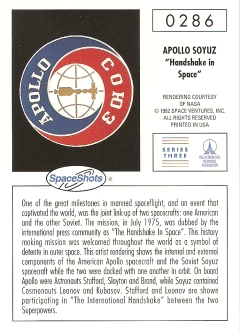 So there you go.  Your Hot Russian Space Chicks edition of Packs Gone Wild.  For what it is worth, I've never pulled an auto or a relic from any pack.  I'm a loser.
Posted by Mark Aubrey at 11:28 PM