Moons ago, like back in February moons ago, Marck, The Collective Troll, and I discussed his big, insane pack break.   I called it "Packs Gone Wild" in an email to him.  I found some 1964 Topps Giants cards that he was looking for and sent them off in March or so.  In September he sent me a box of stuff.  Packs, singles, more packs, and more singles.

So, I'll start off showing some of what he sent.

Three coins, and two of them are Giants.  A Hall of Famer helps balance it out. 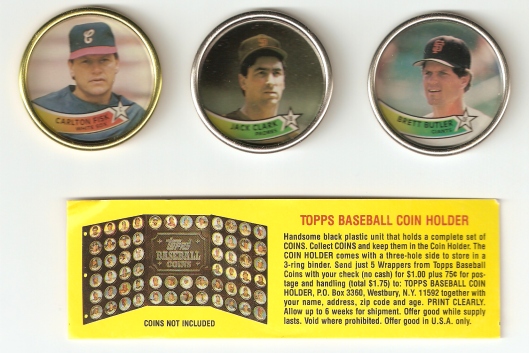 I think that I have the Orel Hershiser coin.  Now to find it.  It isn't with my OH cards, because it just doesn't fit in the binder.


Moving to another decade, another Topps offering.  The one-eyed kid grows his hair. 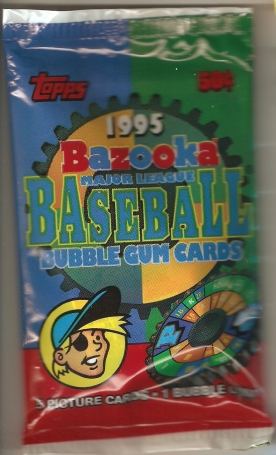 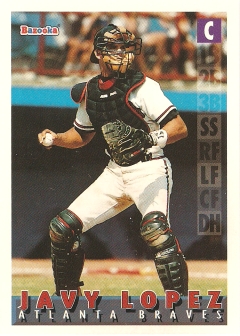 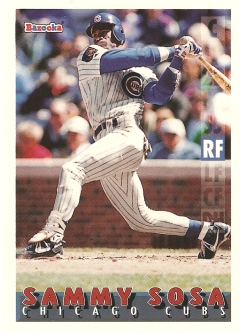 Eight years before the bat cracked, but swinging big.
. 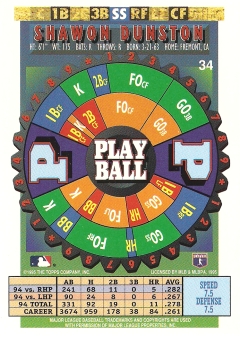 The backs, meh.  I'm not so crazy about these.  I know that it is a game, but I'm not even going to try to figure it out

So, there's the first installment of "Packs Gone Wild".  Keep waiting.  Hot Russian Space Chicks will be featured in the near future.
Posted by Mark Aubrey at 10:13 PM