Ooh, another round of "Packs Gone Wild".

The last two baseball packs from the box.  1988 Score and 1994 Fleer.  If those don't want to make you run and hide under the covers I don't know what would.  I really don't want to know, thanks. 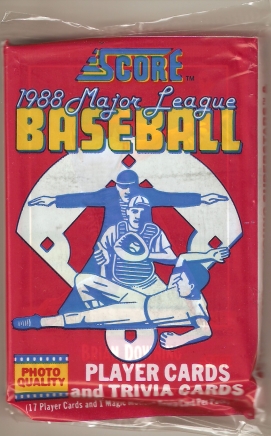 17 cards in the pack and a Magic Motion Trivia Card.  That's some good value.  Oh, and the cards are "Photo Quality". 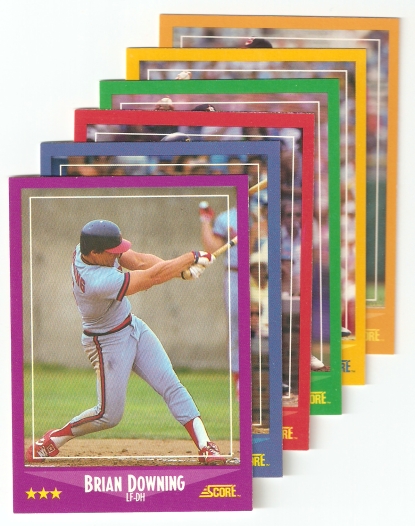 I spared you seeing the fronts.  But the Brian Downing is about the best of them.  Really.  Photo quality?  It is a photo.  Note the pretty rainbow.  Modern cards don't have anything on this set. 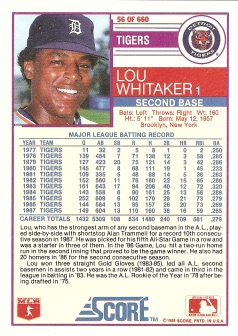 The backs?  They're actually halfway decent.  Clear stats, a splash of color and a nice tight head shot.  All of the players in this pack were wearing hats, with the team logo that is very clear. 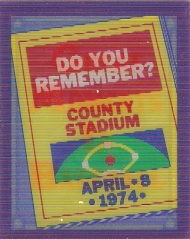 I'm glad that Score tightened it up in subsequent releases.


Now, on to the Fleer.  I don't remember these.  Fleer, too, has run the spectrum of quality. 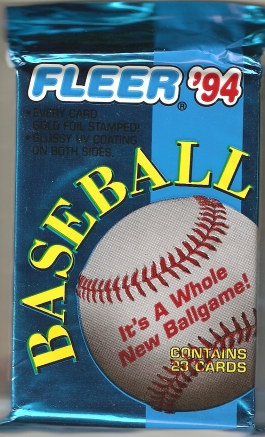 This time they don't disappoint.  Nice photos.  The cutting quality is just fine.  The cards weren't quite square on my scanner and at first I didn't take the time to either rotate them or crop them properly.  Later on I got lazy. 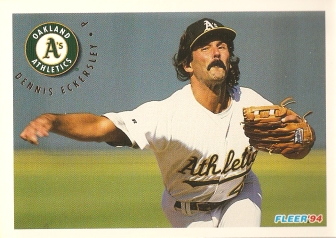 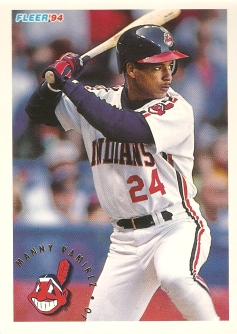 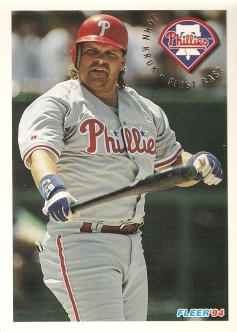 A big Kruk.  Oh, is there any other kind?  Speaking of kind, that wasn't.  Sorry, John. 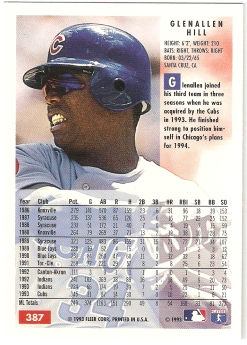 The backs are nice.  Clean. It could have been busy, but it wasn't.  Glenallen Hill sounds like a very tony subdivision. 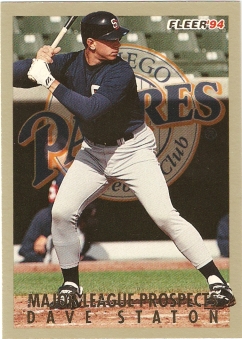 One of the insert sets.  Or chase sets.  Or parallels.  I'm not quite sure what Fleer called them in 1994. 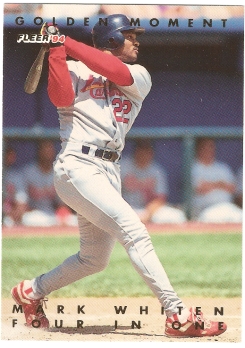 And another subset.  I didn't even take the time to figure out what "Four In One" was.  Or is.

Next up, if I think of it, hot Russian Space Chicks.  Maybe.
Posted by Mark Aubrey at 8:50 PM