This is how part of my night ended. 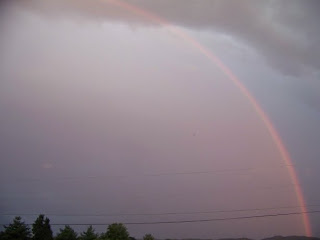 We had some rain this later afternoon and early evening. A beautiful, full rainbow, with a hint of a double on the outside edge. The colors were like a lush sunset. I had already found my pot of gold today.
This afternoon I strolled down to the mailbox. Huzzah, a padded envelope from Beardy. Over the past month or so we've been doing the Google chat thing every so often. I've given him some unsolicited hints for his engagement. The actual asking and presentation of the ring. Wisely, he ignored it. 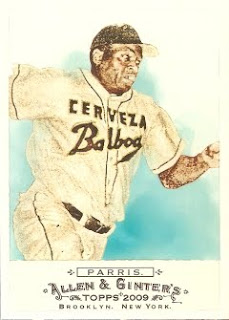 Then, the conversations turned back towards baseball cards and Gint-A-Cuffs. 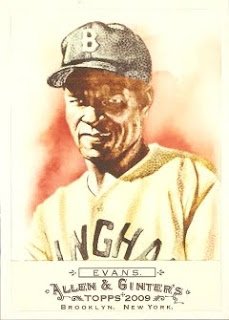 He asked if I was collecting any of this year's Allen & Ginter. I told him that I wasn't, but I would be interested in the Negro League Stars. He sent me some. 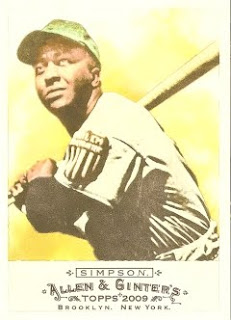 He sent me five. Now I'm just missing Millito Navarro (#112) and Red Moore (#128). He also included Kolan McConiughey, Bowling Champion. I haven't been impressed with the selection of Champions cards this year. Until I read the back of this one. "McConiughey is recognized as one of the top Special Olympics bowlers in the country." He's bowled five perfect games. Sweet. I'm still trying to bowl a Turkey. 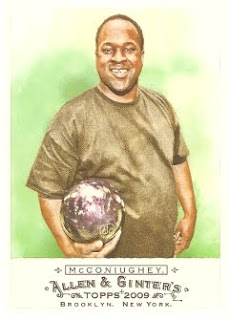 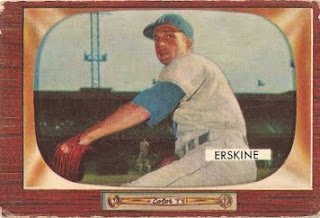 And then after Carl moved to the west coast, in 1958. Thank you, Greg, for the cards. 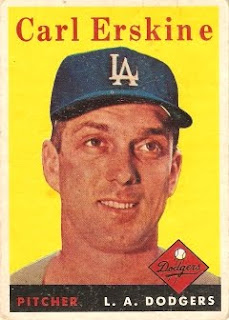 But the day started with a charity fundraising event. Trey Sexton, a young Eagle Scout, hosted the second Hoops for Hope basketball tournament for the Down Syndrome Awareness Group of East Tennessee. Last year, for his Eagle Scout project, he organized the event which brought the University of Tennessee men's and women's basketball teams to coach, ref and play basketball with individuals that have Down syndrome.
This year it was very nice. Coach Bruce Pearl showed up. I got to meet him for a short moment. A very kind man. He was interacting with all the participants. The UT players were a hoot, getting into the spirit of the event very early. Grabbing the mic and rapping up a storm, getting the tough rebounds and letting the participants take four and five shots or more until they scored. If they couldn't quite get it done, a little help never hurt. 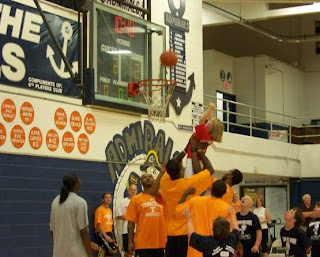 I didn't attend last year's event because I was over at Bristol Motor Speedway helping with a DSAG fundraiser (working a concession booth for the weekend races).
My daughter, Caroline, was too young to participate in the Hoops for Hope games today. In about five years she'll be eligible to play. In about three years she can participate in the Special Olympics. She's currently eligible to participate in the Young Athletes program of Special Olympics, but I'm just finding out about that now.
They had an autograph session after the games. I didn't get my act together earlier this week and prepare something for the athletes to sign, so we just got some photographs. Here she is with UT's Tyler Smith. 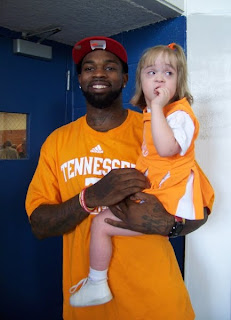 But today wasn't about getting a UT star to sign some cardboard. It was about watching some selfless collegiate athletes spend the morning with some children and young adults playing some ball. It gave me a renewed hope that Caroline will succeed in life. She'll always need some help. But she's going to be fine.

To the UT Mens and Women's basketball teams, I thank you for spending some time with members of my extended family. You don't know how deeply you touched some lives today.
Posted by Mark Aubrey at 10:09 PM