A 1991 Topps Stadium Club Thurman Thomas, #395.  I had Thurman on my first fantasy football team.  The thing that frustrated me was they'd have him run down the field in just a few plays then pull him and let someone else get the score from the 2.  He was a great running back.  Too bad the Bills never won a Super Bowl. 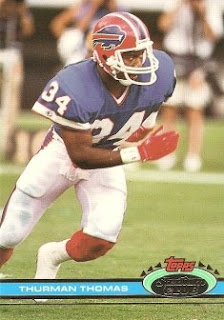 A promo card for ESPN.  Not a major issue. 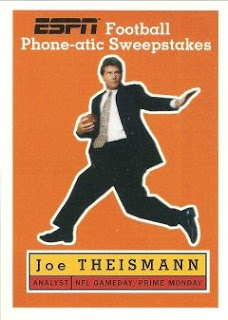 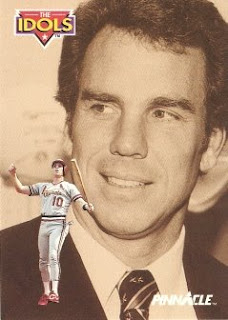