dayf, over at the Cardboard Junkie site recently blogged about finding a Mother's Cookies Nolan Ryan.

Reading it reminded me of the Mother's Cookies cards that I have. So, I pulled them out and scanned them. Mother's was a west-coast company, so their promotional items might be considered regional, but they reached to the mid-south to tap Nolan Ryan.

These are a 1992 single sheet Nolan Ryan No-Hitter Set.  My mom knew I was collecting cards and she lived in Arizona and was able to get them. 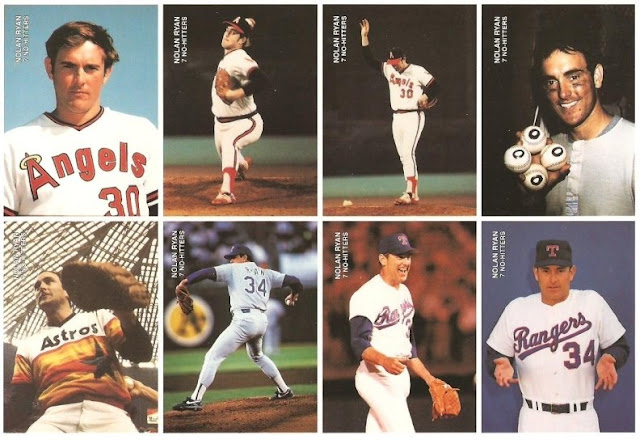 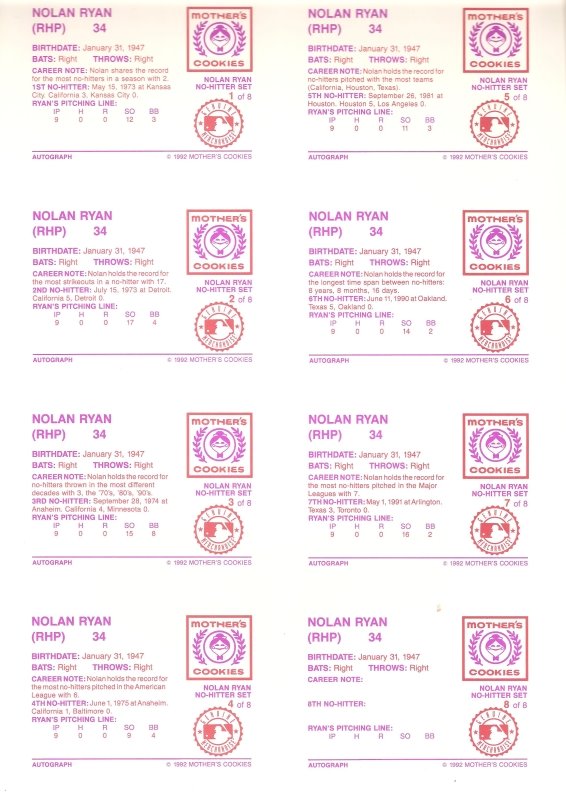 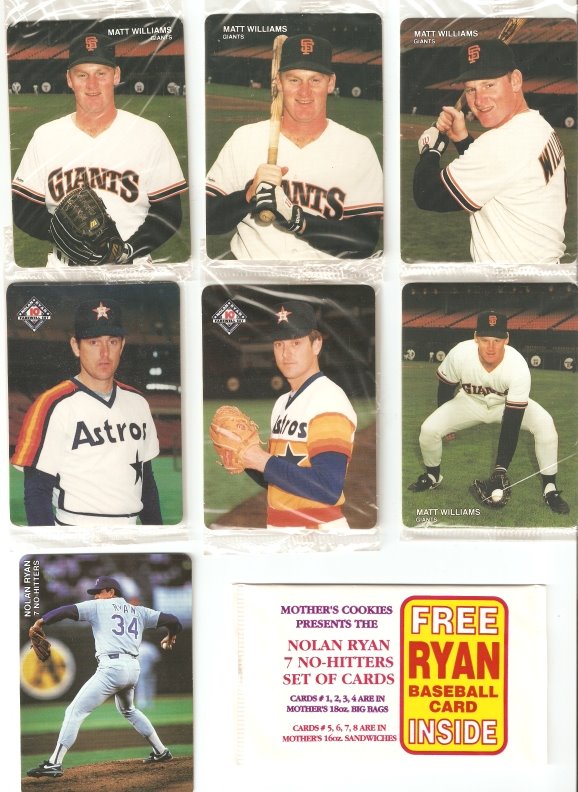 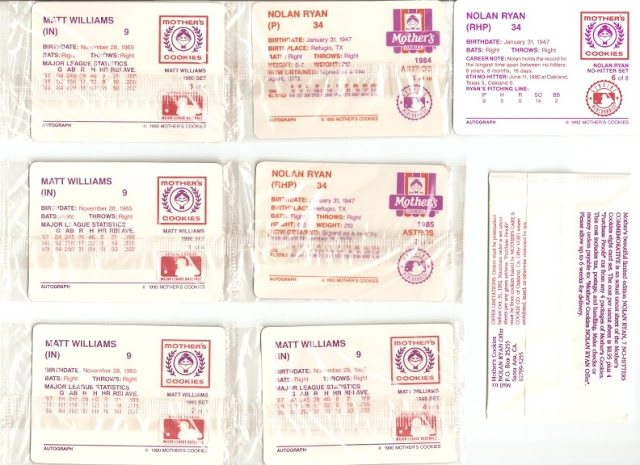 I've got a few more strip sets, but I'll save them for another post.
Posted by Mark Aubrey at 9:53 AM