I saw a facebook post from Sports Collectors Daily about Taco Bell offering basketball cards in kids meals. Read about it here.   I don't frequent Taco Bell, but I'd go there for cards, just to see what they are.  Here's Taco Bell's Kid's Meals page.  It all looks good on the internet, but what do they look like in person?

I had to run into town tonight so I stopped at the local TB.  They had just closed the restaurant, but the drive in was still open.  I wasn't going to drive through, so I walked up to the window.  I asked about the cards.  The manager said that they didn't receive their shipment yet, but one of his other stores had.  A worker walked over to a box under the counter and pulled out a handful.  I explained that I was a sports card blogger and wanted to review them, hoping to schmooze my way into a pack or two.  I really didn't want to buy a taco at 11:15pm.  They offered to ring them up as a toy, for a dollar each.  I bought three packs.

The packs were way too shiny to scan. 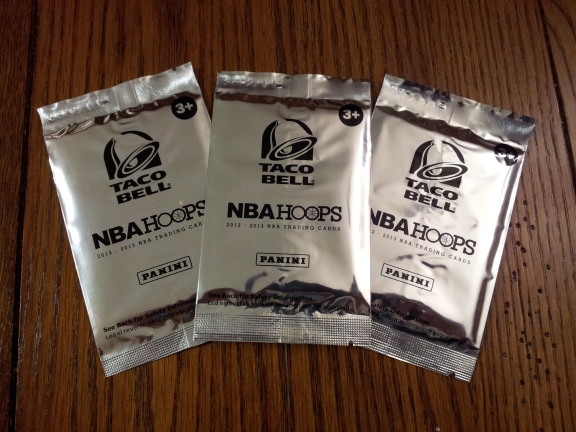 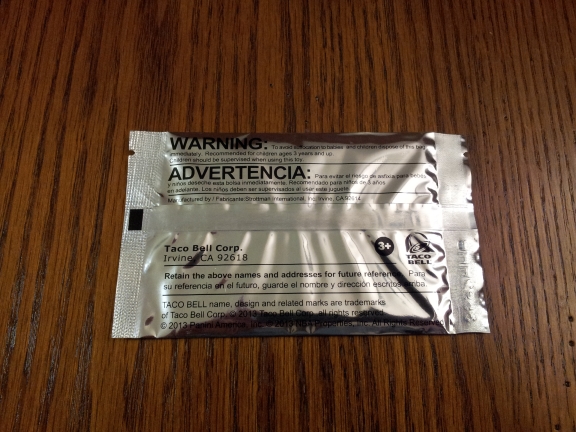 There are five cards per pack.   150 cards in the set.  30 teams in the league.  Five cards per team.  I guess it really isn't a league, but an association by name.  Otherwise it would be the NBL instead of the NBA. 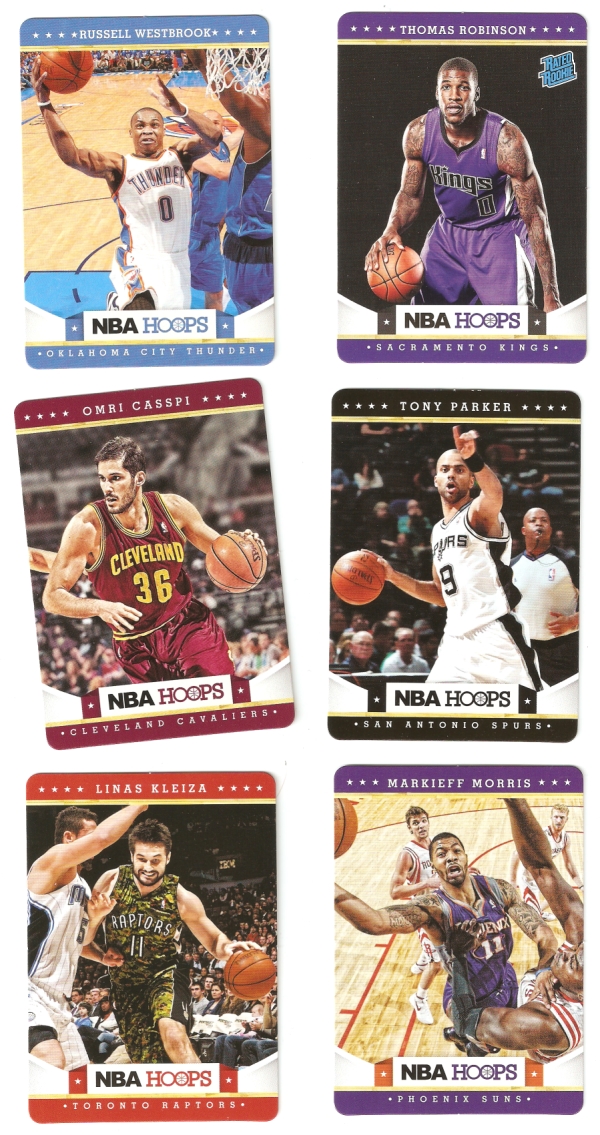 I don't watch the NBA on a regular basis.  Therefore many of the names escape me.  I've heard of Russell Westbrook and Tony Parker. Linas Kleiza and Omri Casspi?  They could have been minor characters in Star Wars for all I know.  You know, at the cantina.

The cards look good, with a nice, clean back design.  And  you have to love the Rated Rookies.  The card stock is sturdy.  Rounded corners make it a better choice for kids.  I haven't seen a checklist, but some of the bigger names of the NBA are represented.  Kobe, LeBron, the other guys I should know, but don't. 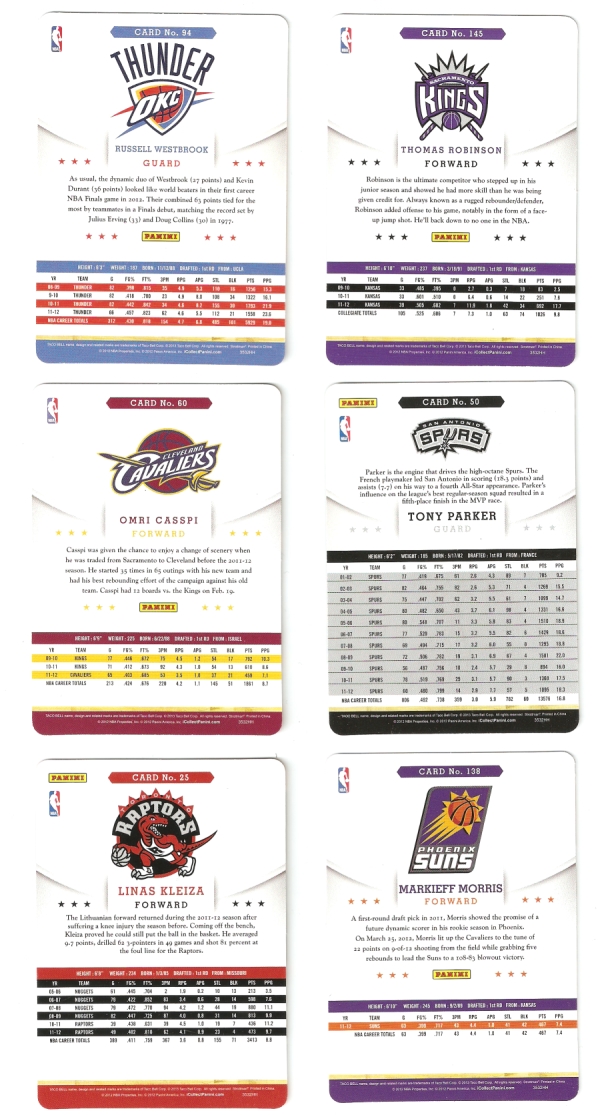 If I collected NBA cards, I'd be all over them.  I'm glad that Panini and Taco Bell teamed up.  Good to get the younger kids into collecting.  I'm sure that team sets will be popping up on ebay soon.  I know that there will be collectors running for the border to grab them up.  As for me, I'll let the kids have them.
Posted by Mark Aubrey at 12:46 AM