Tales of the Turkish Trophies 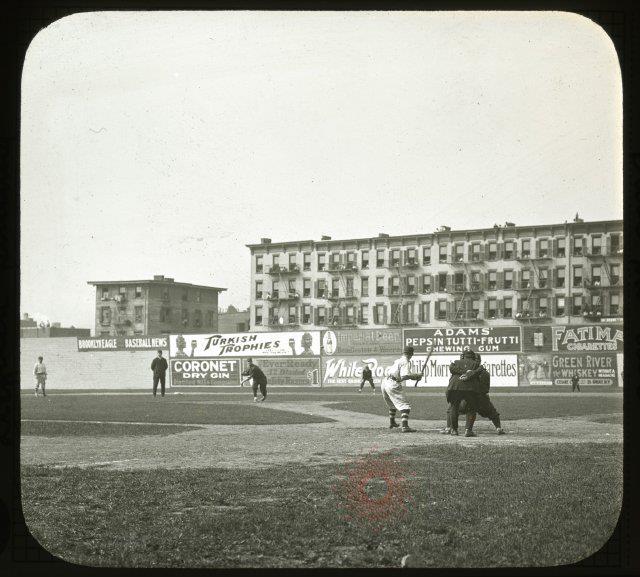 It is a photo of the Giants and the Cubs from 1912 at Washington Park in Brooklyn.  There were many comments, speculating who was pitching, wondering what the building was beyond right field, and few about the advertising signs.

I found a series of ads for Turkish Trophies cigarettes in The Washington Herald in the summer of 1912.

Now, you might be asking yourself, aside from the ad on the outfield wall, what does this have to do with baseball?  Well, Tale 15 features a pitcher.  And the newspaper ads show that the consumer could collect and redeem gift-slips or coupons to get a Hamilton King Girls Leather or Satin.

Jefferson Burdick cataloged the Leathers as L5 and the Satins as S58 in his American Card Catalog.

A few of the ads might be considered politically incorrect in today's climate, but I present them as artifacts of 100 years ago. 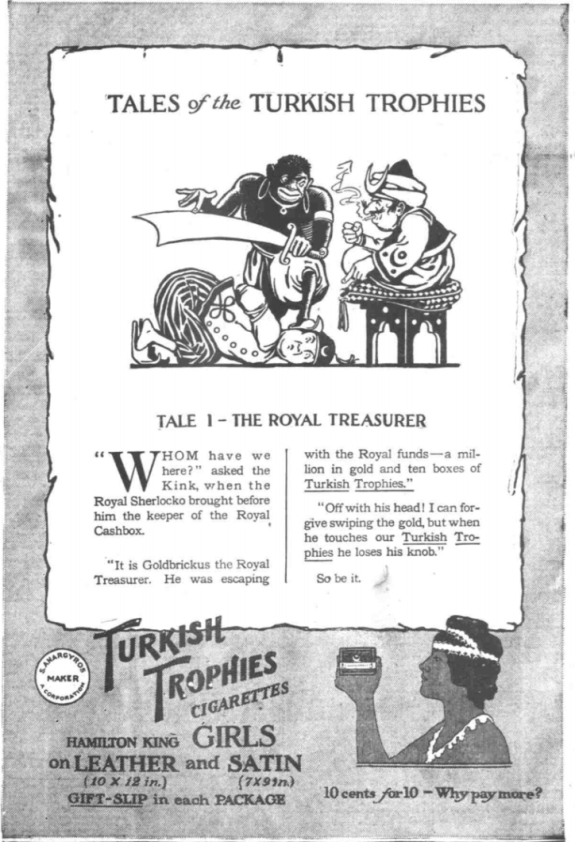 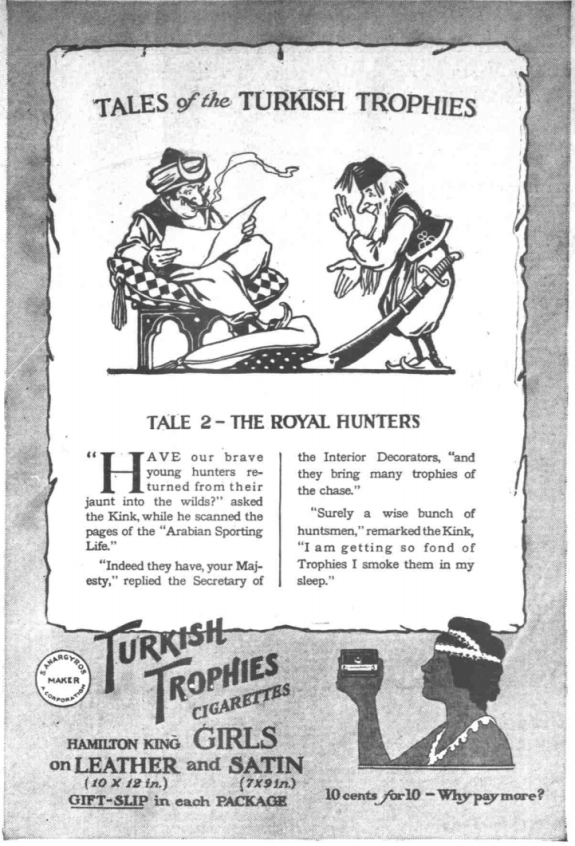 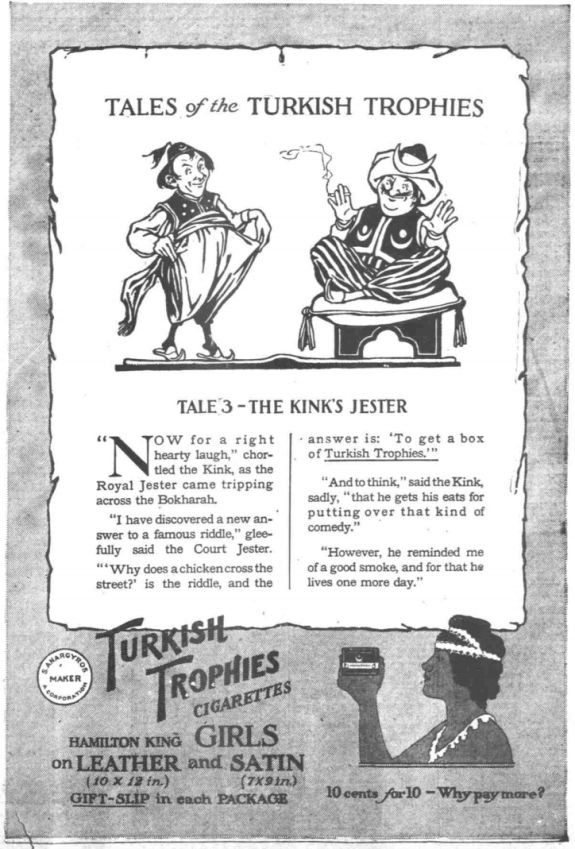 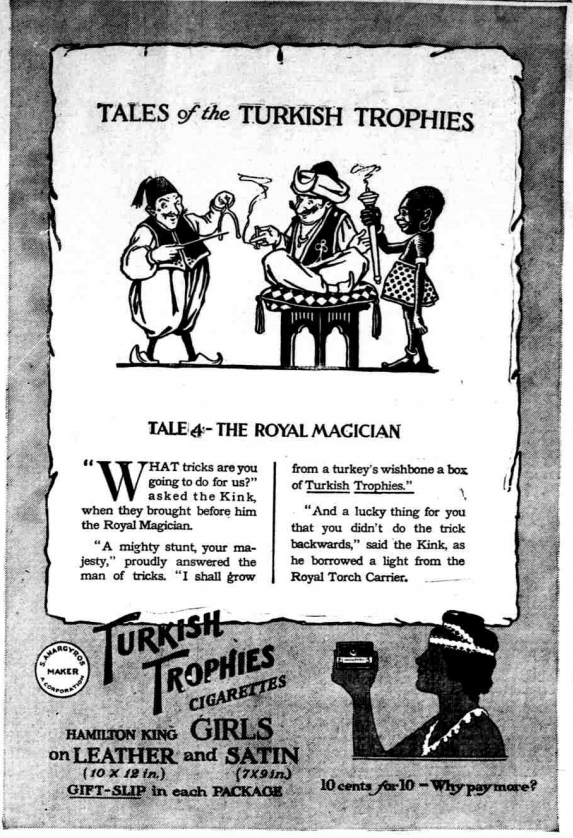 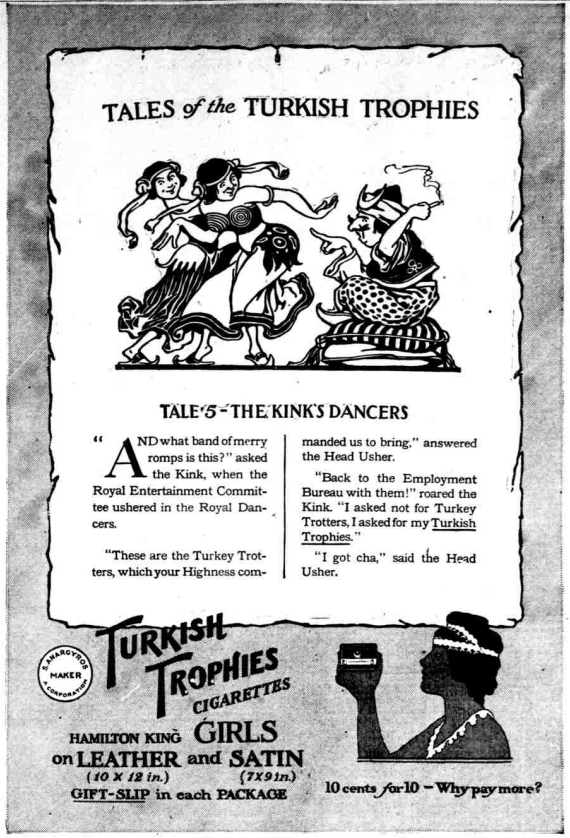 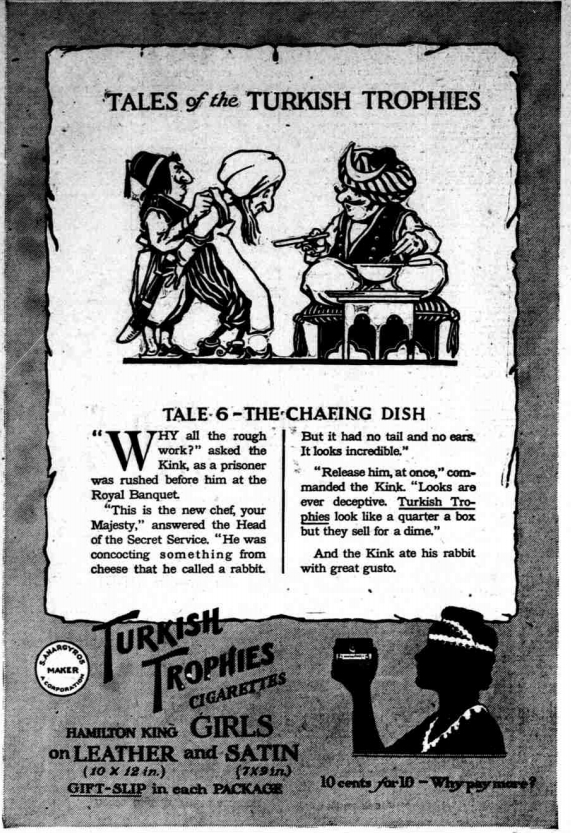 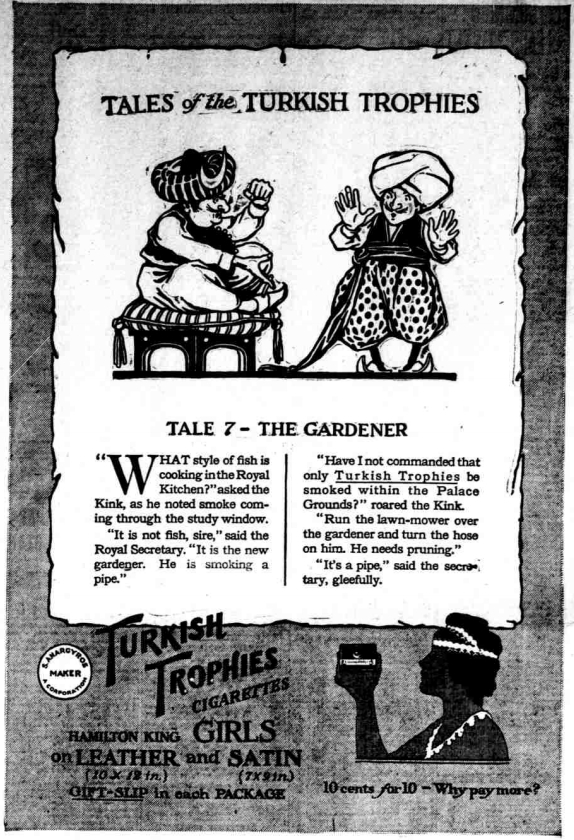 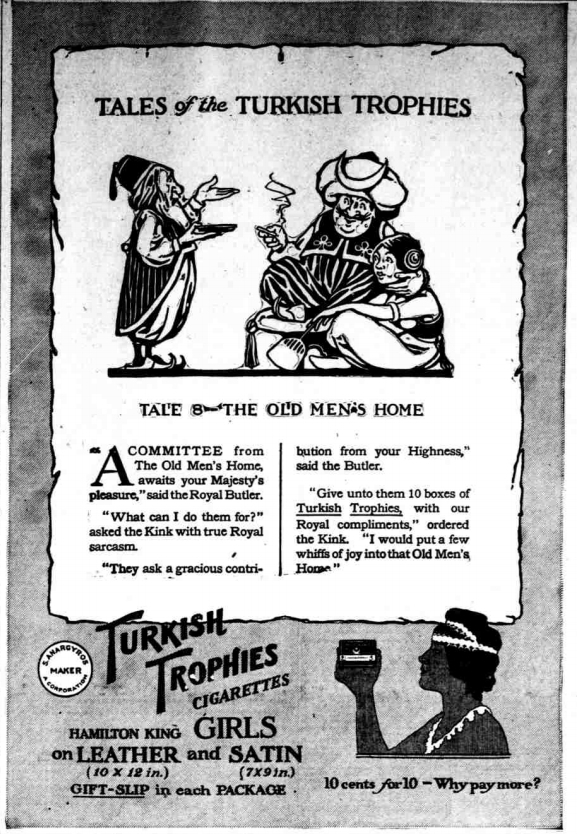 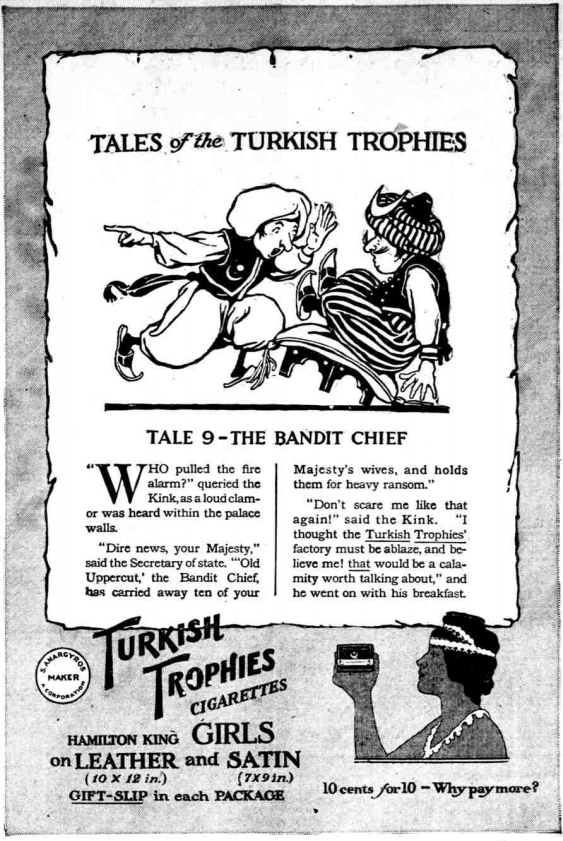 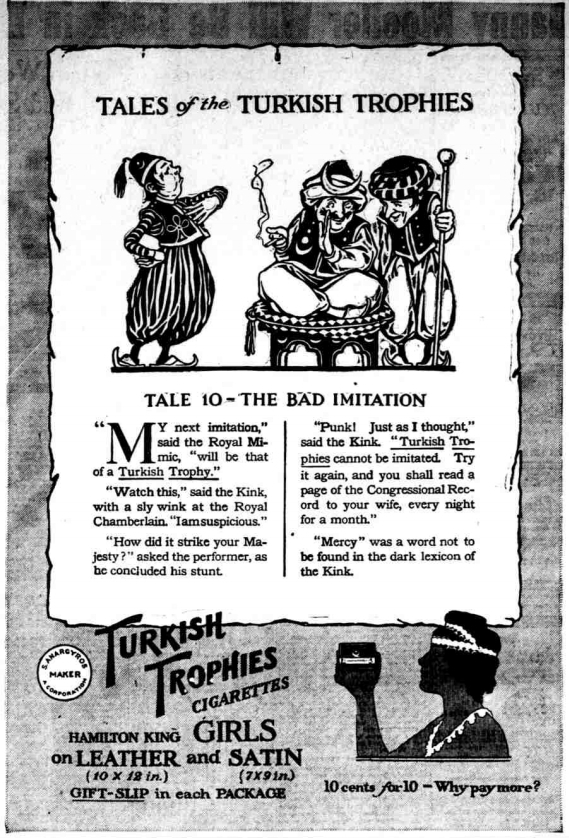 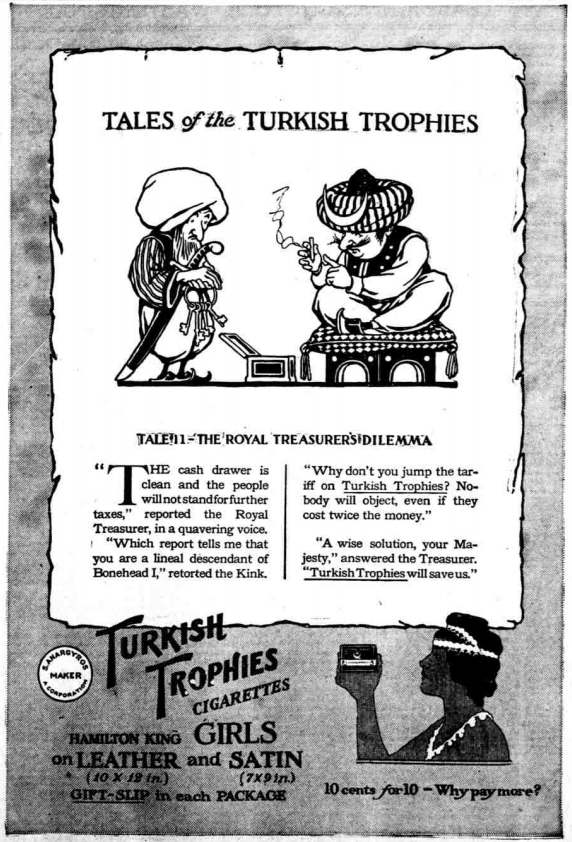 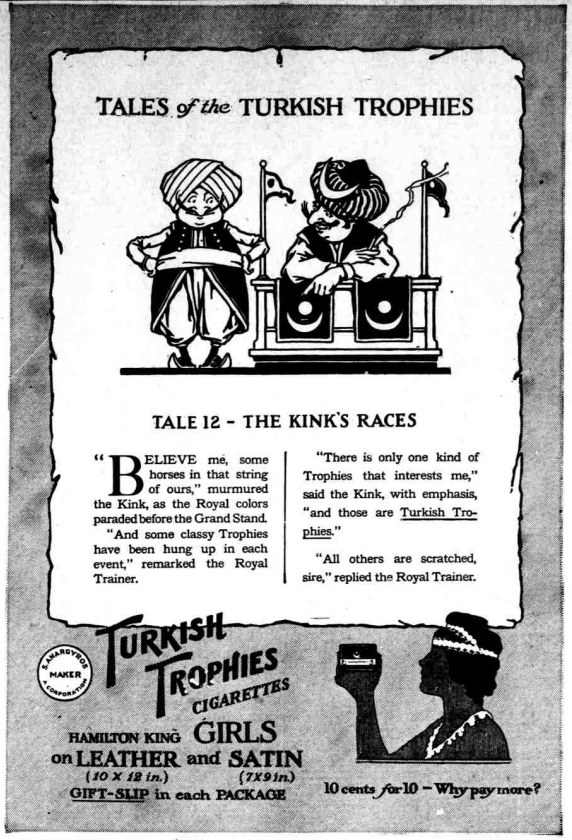 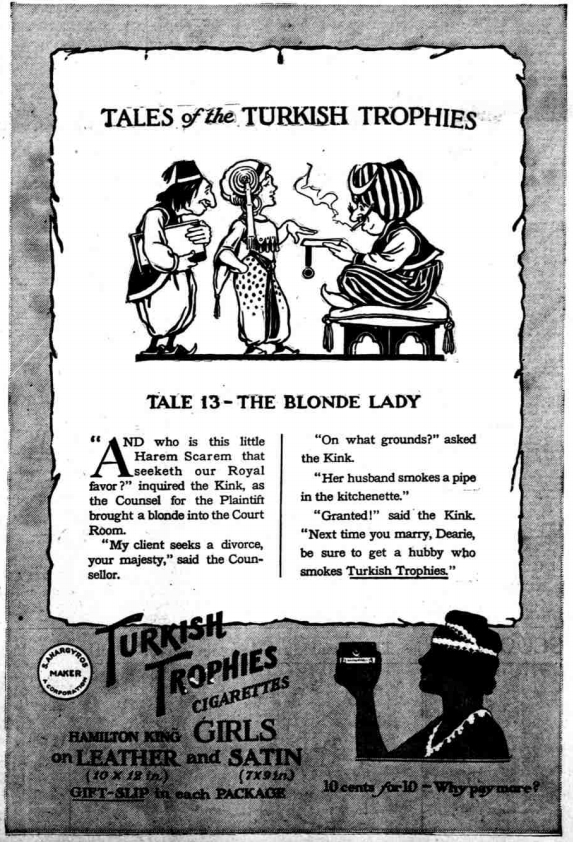 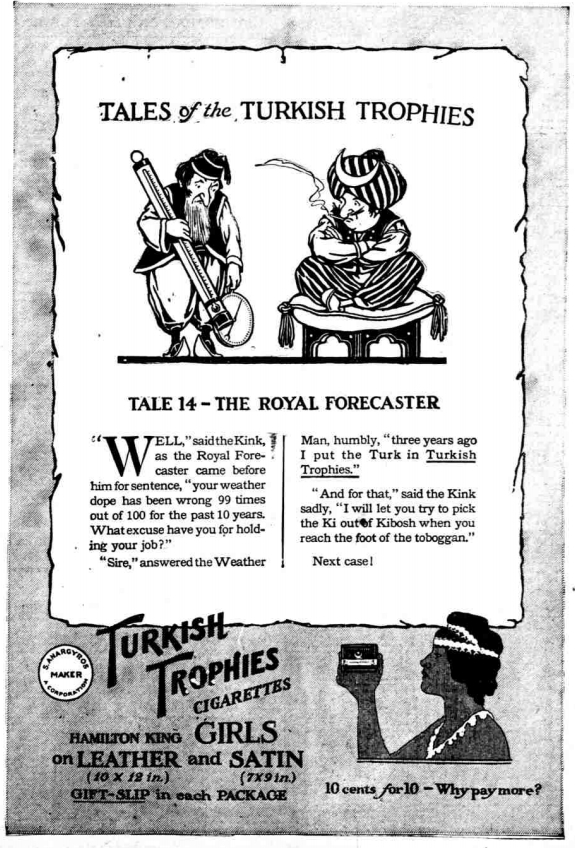 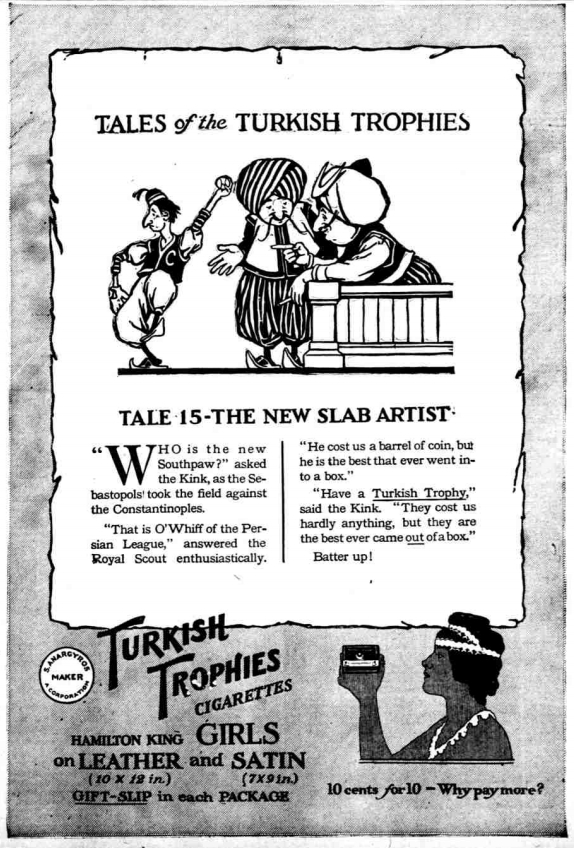 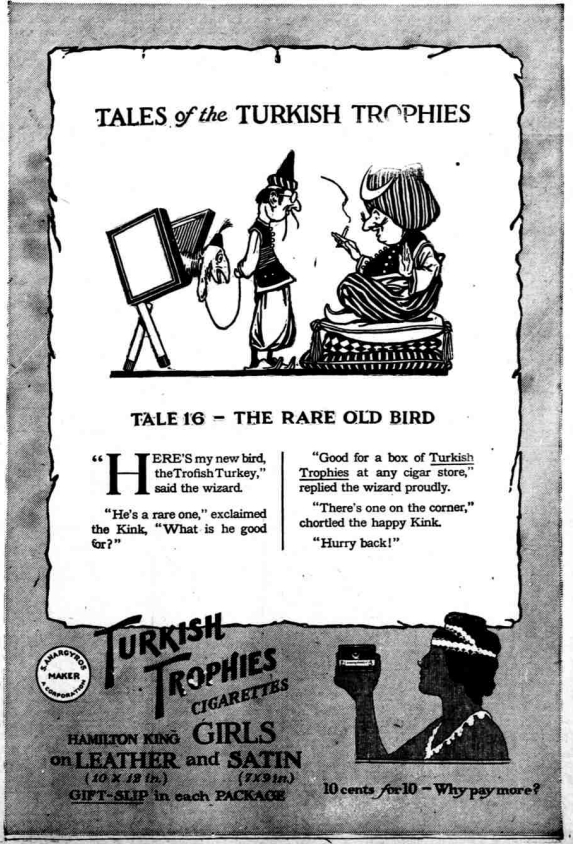 As usual, Mark's Ephemera does not endorse the use of tobacco products.
Posted by Mark Aubrey at 11:02 PM