Tonight I attended the Knoxville Ice Bears hockey game. They took on the Louisiana Ice Gators. And won. Big. 6-1. It was 4-0 in less than 15 minutes into the first period. 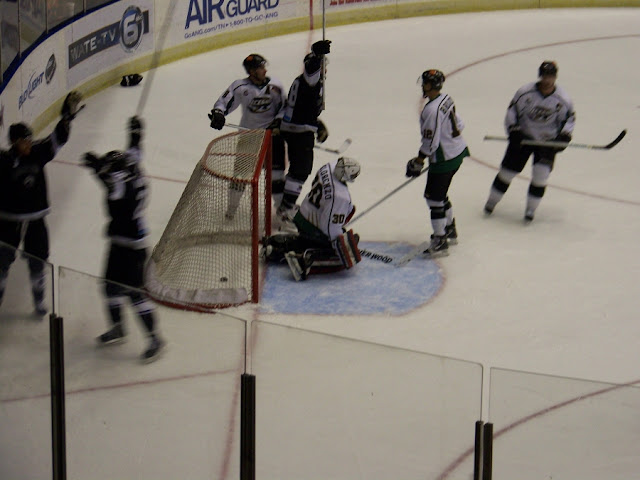 Two of the players came out to sign autographs after the game.  They don't have cards of the players or team in the gift shop area.  The guy working there said that they only had them "that one year".

So, I pulled out my ticket.  Works for me.

Ben Souders scored a goal tonight, with an assist from Jeremy Klaver.

Jeremy had two assists in the game.  I let him know, as he was signing my ticket, that this was the first Ice Bears game that I'd been to in years.  He seemed genuinely appreciative that I was there.  The team has clinched a playoff berth.  I wished them well in the post season.  Again, he seemed genuinely grateful.

I picked up this card from the customer service table.  I don't know how many are in the series. 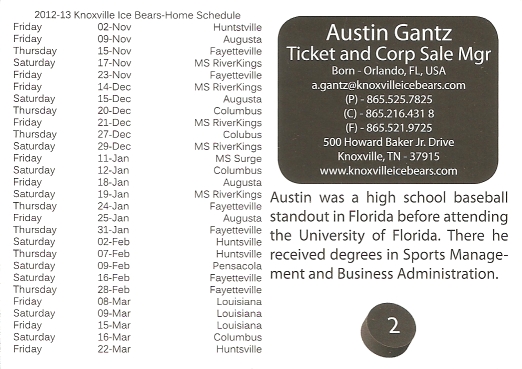