Many moons ago, my son liked to play childish games on the computer. Along came Humongous Entertainment's Backyard Baseball 2001.  It was a simple, but fun game of baseball.  Not very realistic, but it kept him off the streets.  I probably played it as much, if not more, than he did.

Included with the game was a set of 10 baseball cards.  Two game characters and eight pro players, depicted in the game as kids. 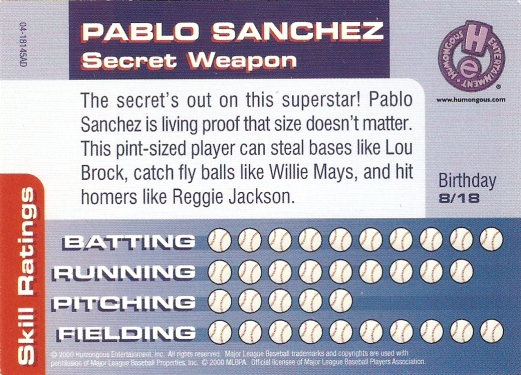 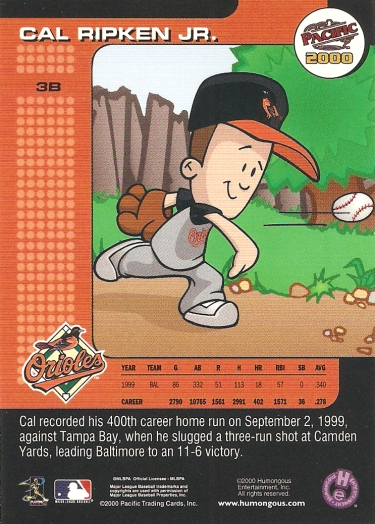 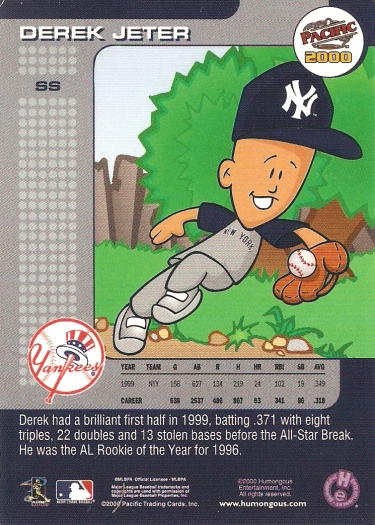 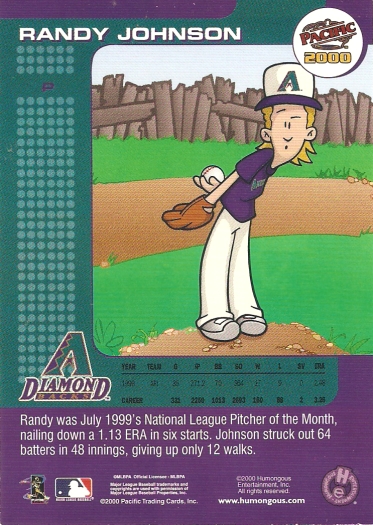 The player included in this set are:

Backyard Baseball characters included in this set are:
Pacific also teamed up with Humongous Entertainment to produce some Backyard Football cards in 1999.  But that's another post.
Posted by Mark Aubrey at 8:30 AM