A few weeks ago I took a trip north to Ohio to catch two MLB games. The first stop was in Cleveland. We arrived with a few hours to spare and since some of the guys had never been to Cleveland we walked towards the lake and found ourselves at the Rock and Roll Hall of Fame.

After a quick tour of their gift shop we headed back to Progressive Field where we were met by an imposing Bob Feller. 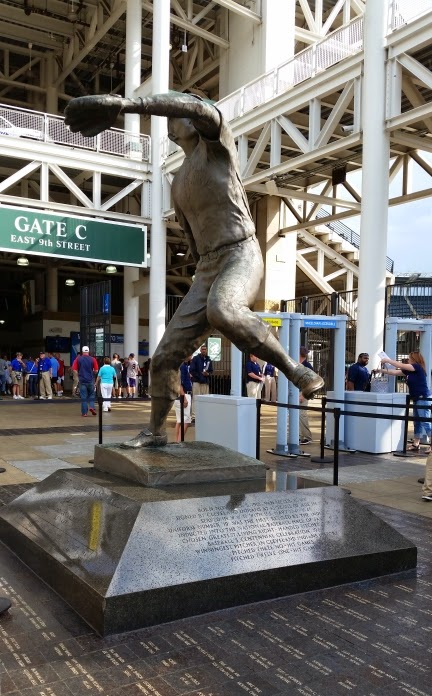 I was told by Jack to visit Heritage Park. 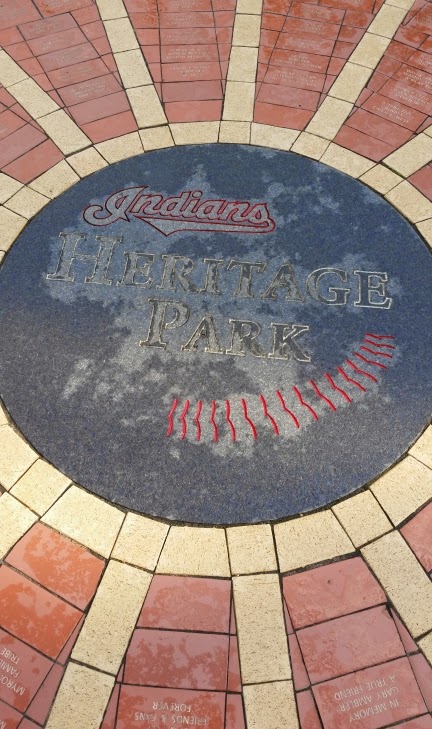 It is inside the park just past the outfield.  Some nice monuments and plaques of former players. 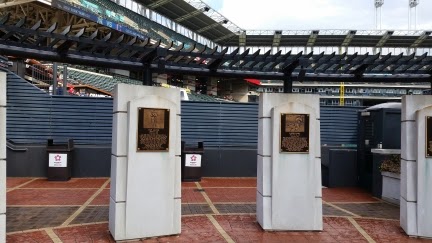 Several important players have a tile on a wall.  Guys like Orel Hershiser who helped the Indians get to the World Series in 1995 and 1997. 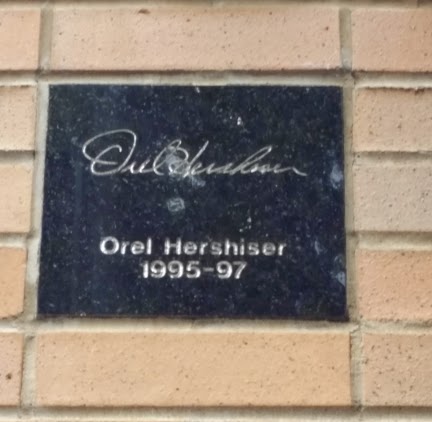 Others have a plaque. 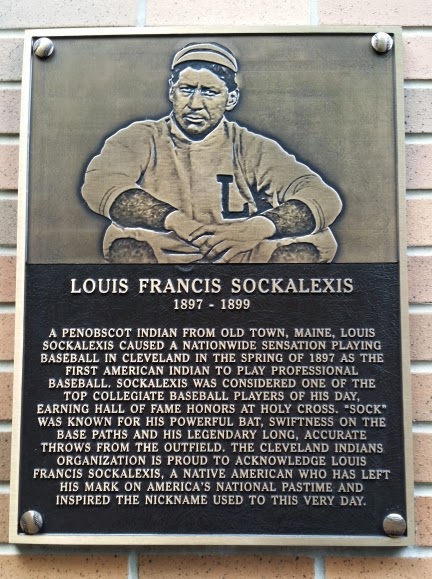 We purchased e-tickets.  Which is convenient and a lousy keepsake.  Their Fan Assistance people were great and gave us real tickets (although not our seats) so we could toss them in a drawer later.

Can't tell the players without a program. 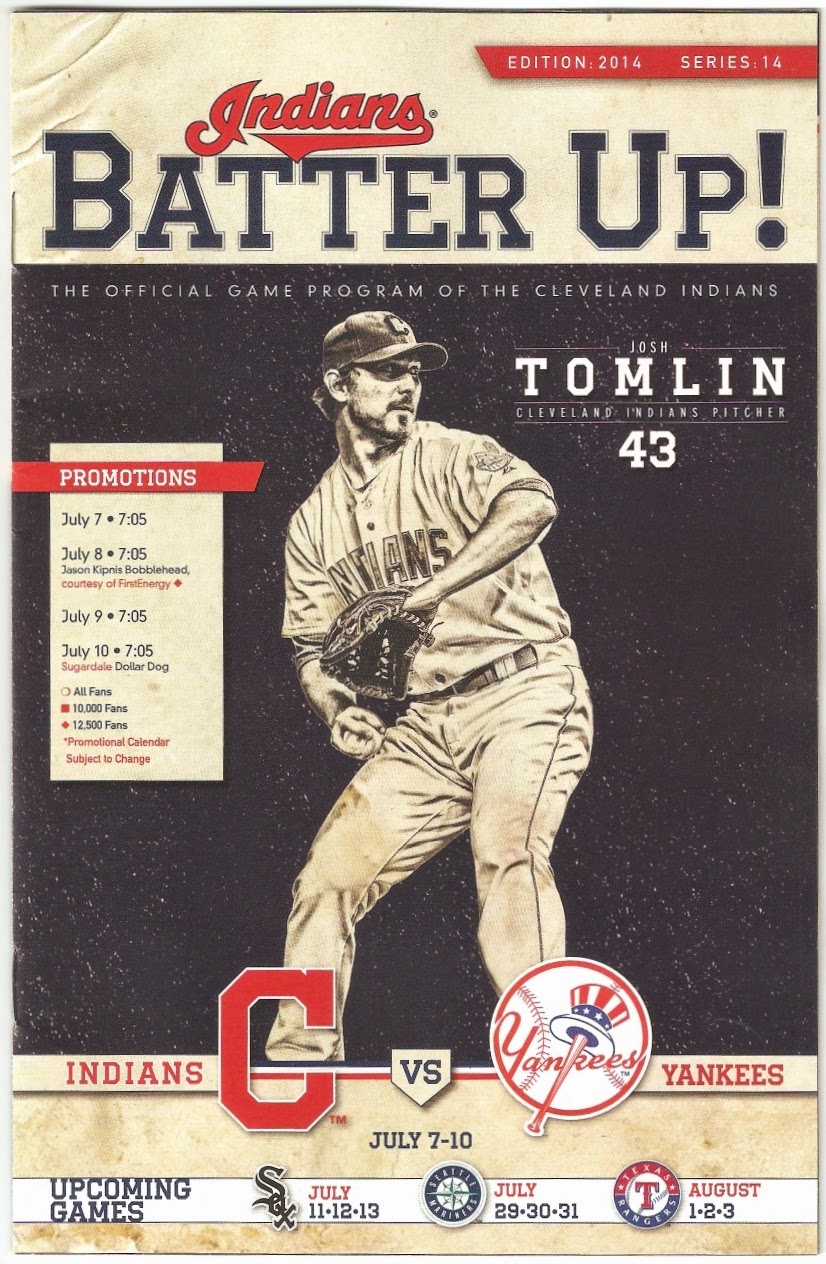 Can't tell when the games will be played without a pocket schedule.  Well, sure you can, but these are nice. 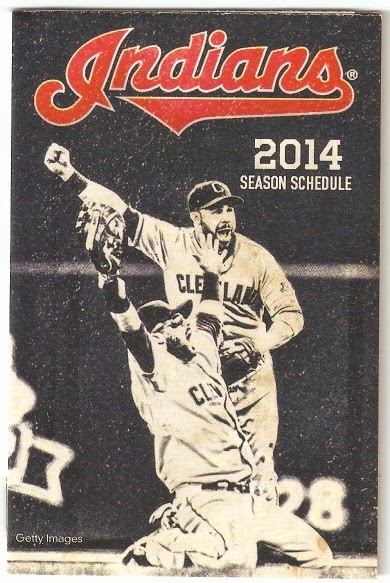 Can't tell when the games are for the Indians' Class A affiliate without a pocket schedule. 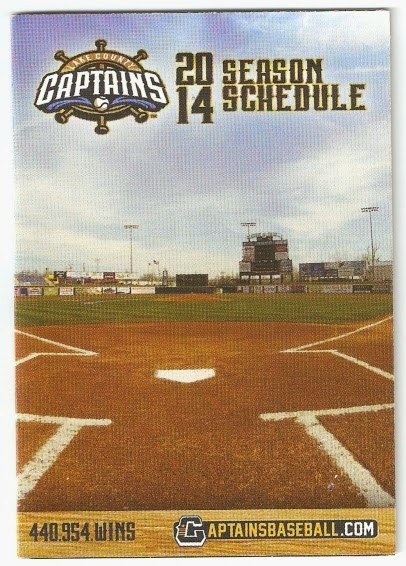 Magnets.  I like magnets.  They were selling these at kiosks around the concourse.  A couple of bucks.  I don't know.  I found this one on the ground. 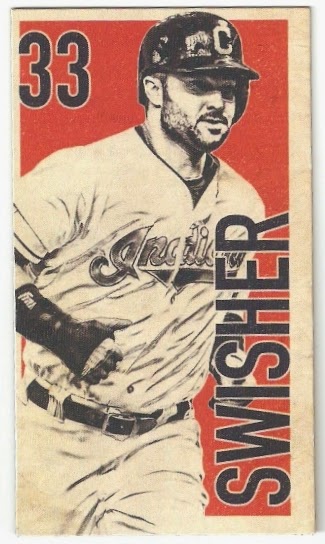 Alyssa Boggs sang the National Anthem and did a very nice job with it.  She was in the concourse signing her baseball card. 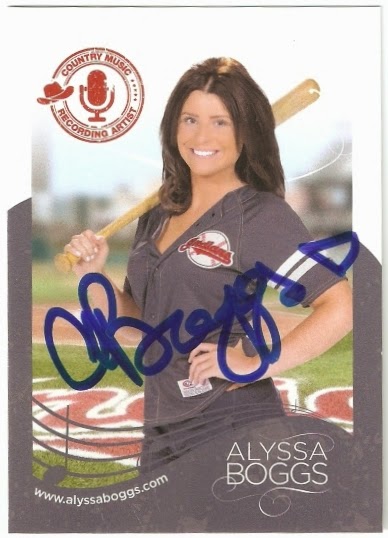 Yes, I asked for the selfie opportunity. 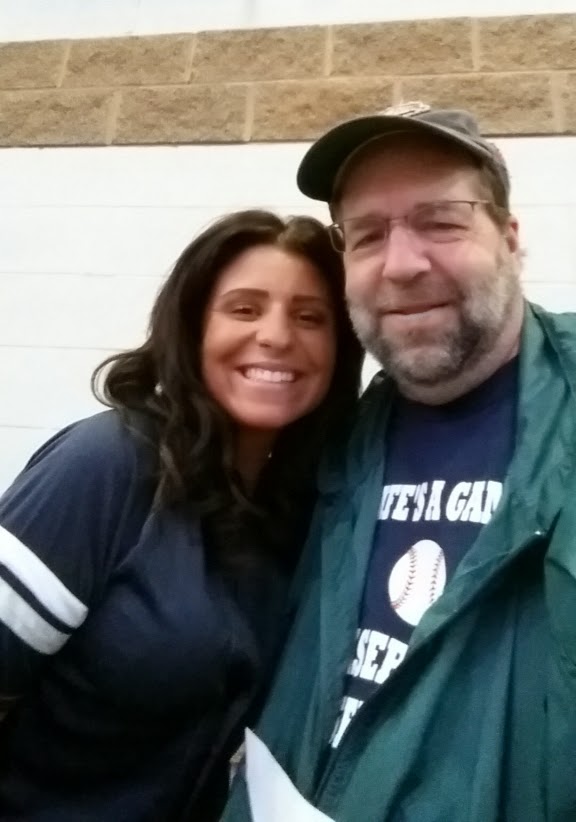 One of the things that I like about ballparks is their uniqueness.  I like to look at architecture, both large and small.  The design of this seat side caught my eye. 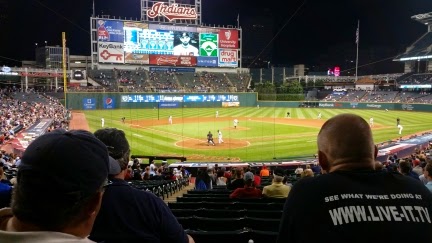 When a game goes 14 innings one starts figuring out what all those other options on one's phone camera can do. 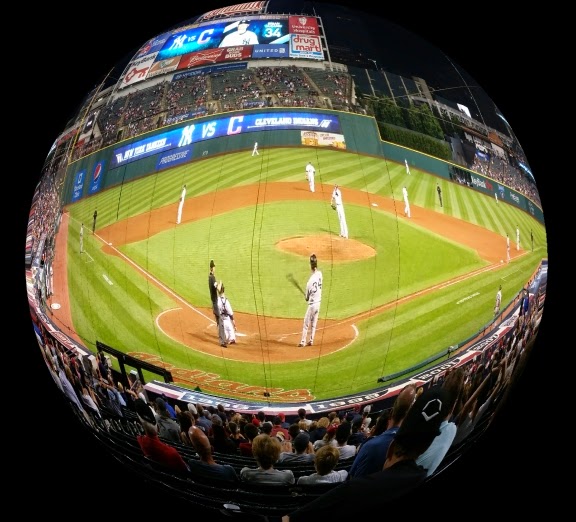 The Yankees finally won in the 14th, 5-4.  Here's the boxscore.  Jeter got a couple of hits.  Ichiro struck out three times.  Teixeira hit two home runs.  It was good baseball.

Hopefully tomorrow I'll recap the second game of the trip.
Posted by Mark Aubrey at 11:41 AM