Since the Indians game got out late and the traffic out of Cleveland was horrid, we didn't pull in to our hotel in Mansfield until about 1:45am. Short night when we wanted to be on the road by 8am.   But we did just fine in getting to Cincinnati in time for the game.

Click on the panoramic photo below.  A rather impressive view.

Again, can't tell when the games will be played without a pocket schedule. 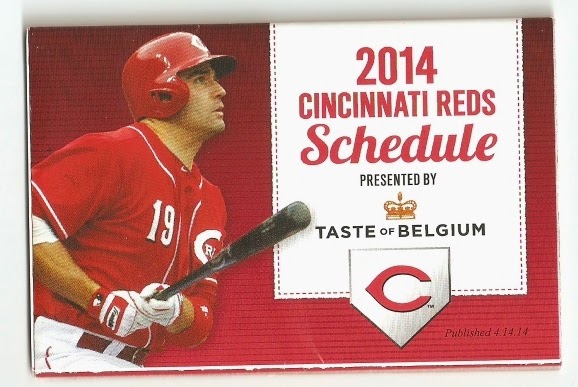 We had good seats, but darn, that sun was hot. The highlight of the game?  Ducking out during the 5th and 6th innings to go catch up with neighbors I hadn't seen in about 30 years.

Later in the game we moved over to the third base side where we found shade. 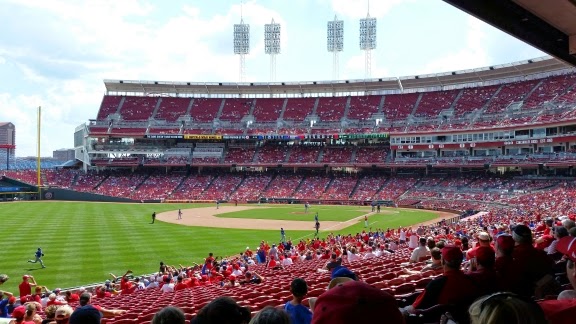 A pretty tile mosaic of the first professional team. 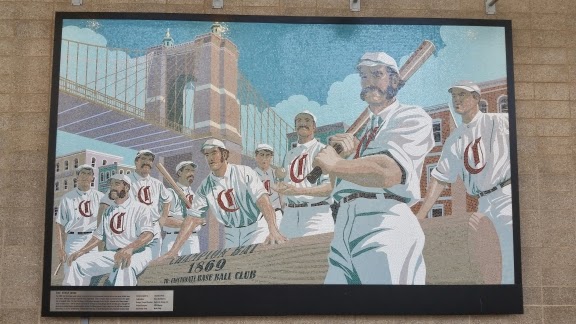 A nice touch, by their Fan Assistance group.  This was my first time to the Great American Ball Park.  So they printed a certificate for me. 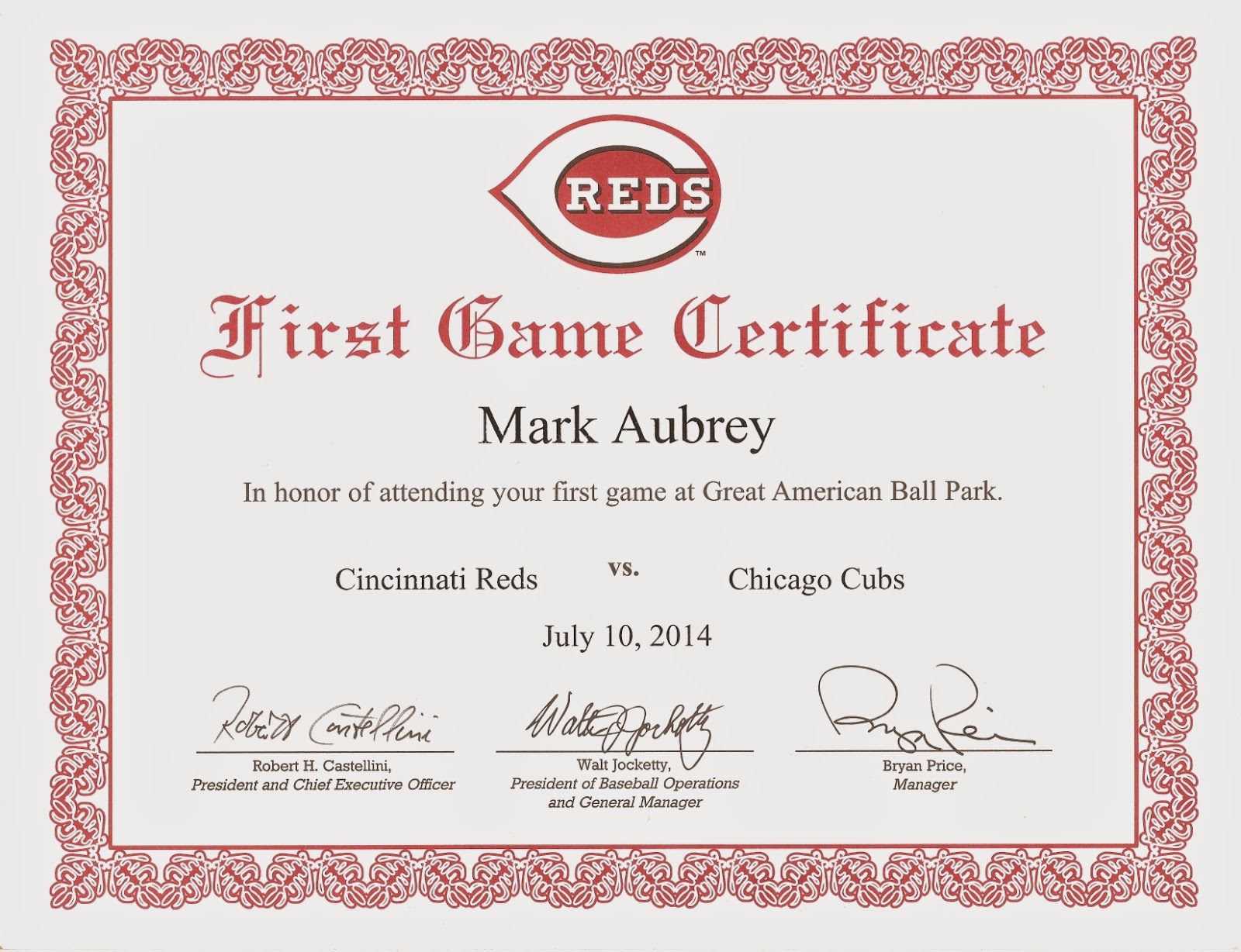 Now, the Reds' Fan Assistance group did not exchange e-tickets for a real ticket.  Fail.  So I made my own.  Now I just need to print them and give them to the guys.

The Cubs won in extra innings, 6-4.  Here's the box score.  Free baseball two days in a row.  Can't beat that.