I've been poking around old newspapers and magazines and came up with a few articles that are interesting but don't quite make a whole post on their own.


I'm not quite sure where I found this. Could have been Google News archives, Paper of Record, I just don't recall, nor can I find it again. What caught my eye was two colored teams playing in 1878. Sure, the gunshot and beating was interesting. 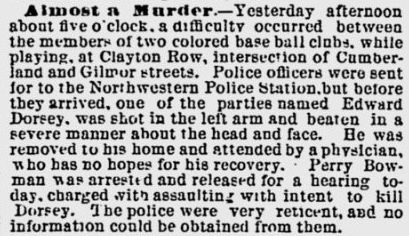 An ad from the September, 1958 issue of Popular Science.

I can't find any other reference to this game.


This article is from an earlier issue of Popular Science. October, 1937. 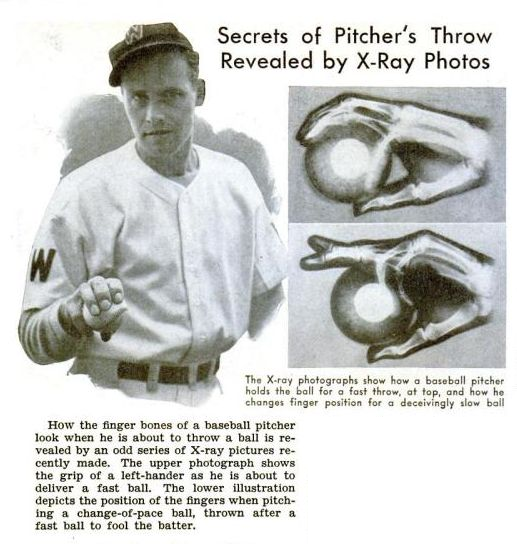 Okay, either their copy is wrong or the images are reversed.  The pitcher is not a left-hander.  I don't know who the pitcher pictured is.  Here's the 1937 Washington Senators roster from baseball-reference.com.  Who is he?


Back in the middle of June, I was watching a baseball game on television.  It might have been ESPN. Yankees at the Cubs, if I remember. The announcers were talking about how neat it was for AL teams to come play at Wrigley, since it is such an iconic park.  They spoke of Gehrig and Ruth coming to Wrigley for the 1932 World Series, among others.  I know that 1929 Philadelphia Athletics visited for the 1929 World Series, bringing Mickey Cochrane, Jimmy Foxx, and Lefty Grove.  Mickey Cochrane returned to Wrigley in 1935 with Detroit.  He brought Charlie Gehringer and Goose Goslin.  The Yankees also returned in 1938, with Tommy Henrich and Lefty Gomez.  Then the announcers mentioned that the Red Sox had never played at Wrigley in the Golden Era of Baseball so it was sad that Ted Williams never got a chance to play there.

This didn't ring completely true to me.  The Red Sox have never faced the Cubs in the World Series, but the 1947 All-Star Game was played at Wrigley.  Who batted third?  Ted Williams.  Yes, this is nit-picky, but I like to be right.  I'll claim it where I can get it.

In very broad terms, the school was set up to assimilate the Indians to the Anglo way of life.  I don't know who these young men played against.
Posted by Mark Aubrey at 11:22 PM