Managers.  They come and they go.  They step onto the escalator on the lower floor of mall and ascend to the food court, never to be seen again. 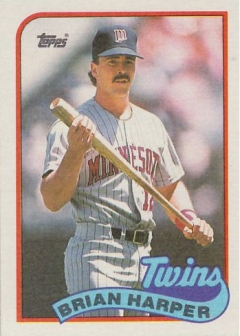 A few months ago I found this card of Barry Foote, manager of the then Knoxville Blue Jays.  I think I picked it up for a dime.  Yes, the photography is horrid.  Nice shadows, photo guy. 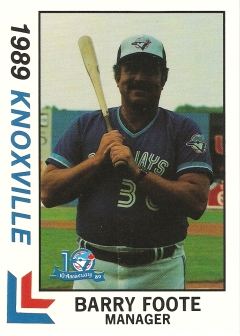 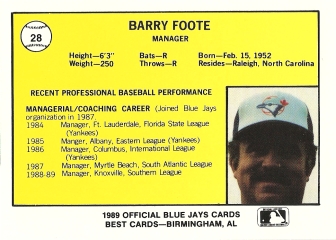 They come and they go.  I try not to get to close, knowing that they're only here for a season or two.
Goodbye, Bill.  Hello, Brian.
Posted by Mark Aubrey at 11:00 PM