Back in July, I attended the Jerry Malloy Negro League Conference in Birmingham, Alabama.  I blogged about it previously.

After the player panel and before we headed out to Rickwood Field, there was a short time to get some of the players' autographs.  I didn't plan ahead.  I had nothing for them to sign.  Well, maybe my program book. The lines started and I was lost.  Then, a fellow SABR-ite pulled out a small bag of fresh baseballs.  I asked if I could buy one from him.  He politely sneered, handed me one and refused any form of payment. 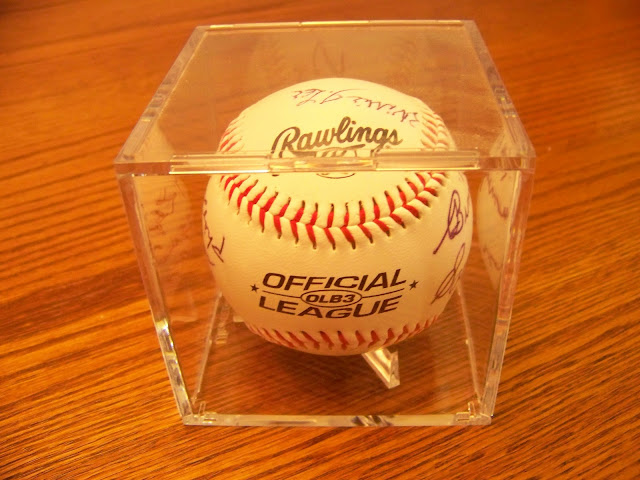 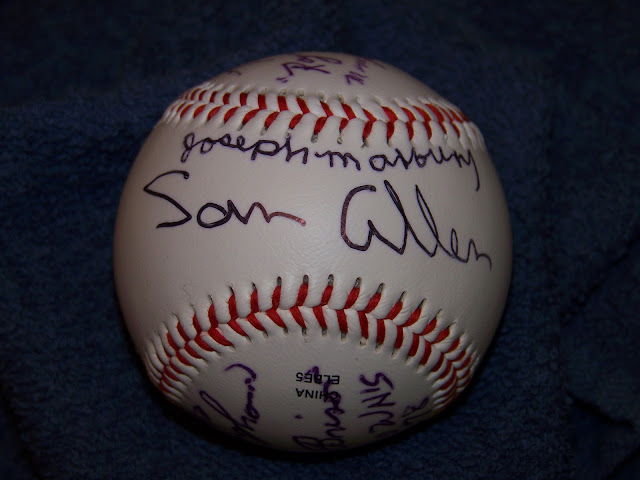 I took the above photo with the 'smart scene' option on my camera.  The picture is accurate.  The ball is very white.  The rest of the photos I took with the "Flower" option.  I don't know what that means, but I guess it was for close-ups. I'm not pleased with the creaminess color of the ball, but I was having trouble with the auto focus on the 'smart scene' setting.  I'll try to get better photos later.  I just wanted to share what I had now. 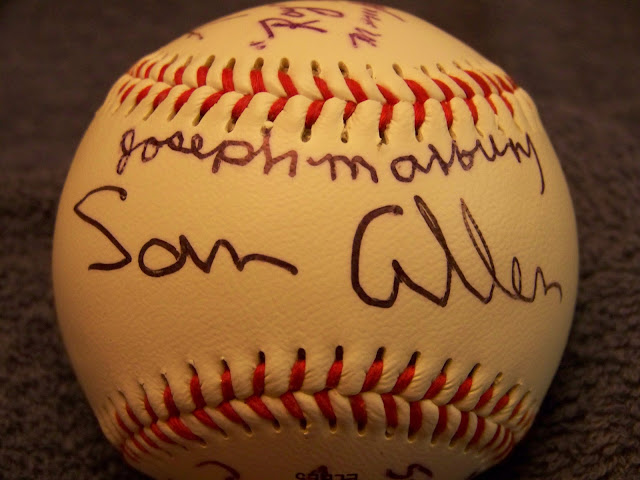 I met Joseph "Bull" Marbury at Rickwood Field.  He was kind enough to spend some time as we walked into the Rickwood.  I asked him about the travels, the food.  I also sat with him at the Baron's game and we talked of baseball today versus when he played, what teams he followed and which players he liked.  Braves and Chipper Jones are the answers to the last two.

Sam Allen was also very giving with his time.  I took a few photos of Sam and talked with him about his charity work.  He goes to the Dakotas and helps with putting together buildings for various Indian tribes. 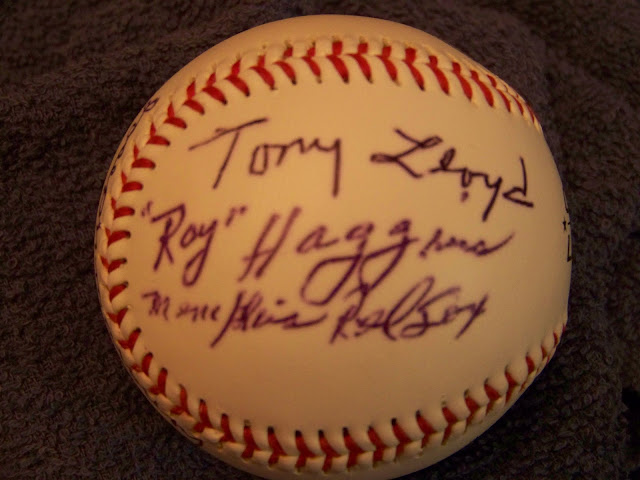 I didn't spend any time with Tony Lloyd aside from the pleasantries of him signing the ball.

I met Billy "Ray" Haggins at the Meet and Greet on the opening night of the conference.  He told me about his equipment and playing High School ball, then on to the company teams and then on to the Negro Leagues.  A true gentleman and a pure delight to listen to. 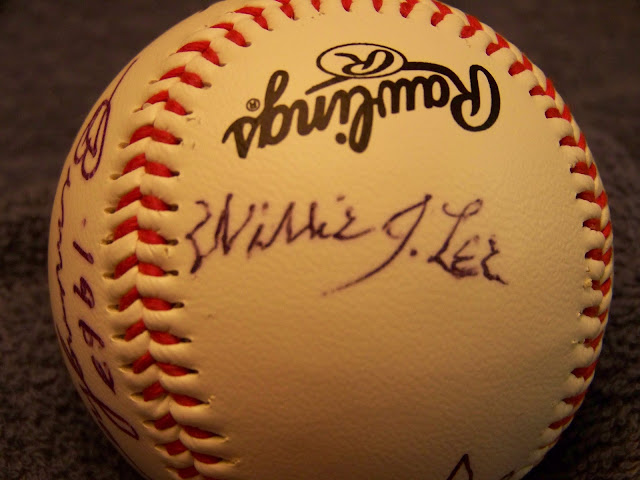 Like Tony, I didn't spend any quality time with Will Lee. 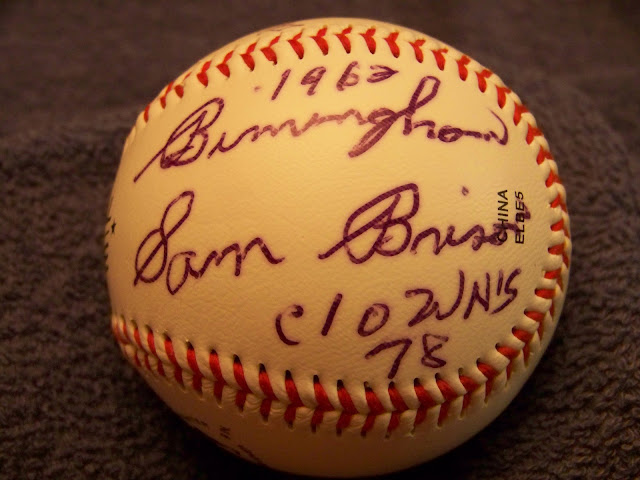 "Birmingham" Sam Brison was a trip.  I asked for his autograph and he asked me for five dollars.  I wasn't keen on paying money.  He showed me his portfolio of photos, cards, and mementos.  Sam played for the Indianapolis Clowns and was in the movie "The Bingo Long Traveling All-Stars & Motor Kings."  He was quite proud of both of those accomplishments.  He finally signed the ball, then held it and asked me for the money.  It was my feeling that he was a bit down on his luck.  I reached into my pocket and pulled out a five. He was more than friendly after that.  He talked about the tricks and stunts the Clowns would perform, how part of his shtick was to take an infield ball and wait until the last possible moment and throw the runner out.

The time I spent with these gentlemen are very special to me.  When I spoke with them, I tried not to go into "interview" mode.  I wanted to talk with them, not grill them.  I hadn't (and still haven't) honed my questioning skills.  I have the conversations in my memories and they can't really be transcribed.  I don't know that I'll try to do that.  I might just be a bit selfish and keep them to myself.

If you have a chance to spend any time with former Negro League players, do take advantage of it.  You'll be glad you did.
Posted by Mark Aubrey at 11:15 PM