Cards that make you go HUH?

More cards from the bricks. This is a subset of the 1999 Fleer Ultra set. Well, not really a subset, but there are 25 cards out of the 250 card set that are consider Prospects. Not a different number, just labeled differently.

I've never been a Mac guy, mostly Windows and *nix.  It took me a while to figure out what the
File
Future
Special
Prospects
thing was.

It is like you're looking at a Mac computer screen.  Perhaps it should have been:
File
Future (not so bright)


Carlton Loewer played for parts of four seasons in the majors.  He has a 10-18 record, never having a winning season.  He ended up with a 6.12 ERA. 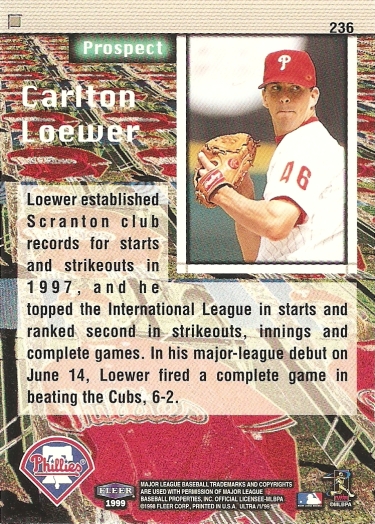 Preston was in the majors for 10 seasons, ending up with a .264 BA and a World Series' ring for being on the 2006 St. Louis Cardinals team. 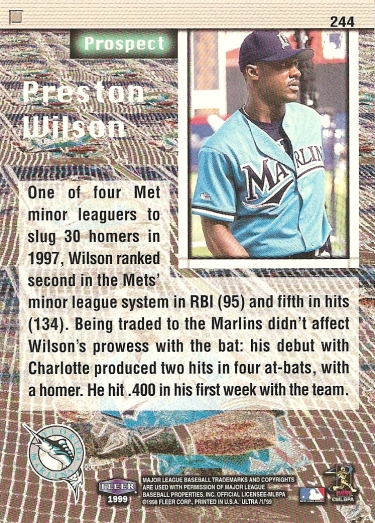 I don't even know how to describe these cards' design.  Sort of an infinite mirror thing going on.  Not quite, but I'm still scratching my head, trying to find the right term.  I'm speechless.  So I'll stop writing and post this thing.
Posted by Mark Aubrey at 11:49 AM