No baseball cards, yet

J.R.R. Tolkien's Lord of the Rings trilogy is probably my favorite set of books. I was introduced to Tolkien's writings back in the early 1970s while in junior high school.

It wasn't until high school that I read and began to appreciate the trilogy. I've tried to get my wife to read them and she is hesitant. We did go see all three movies on the day of their release, though. Here are some cards from Peter Jackson's third installment, The Return of the King.

Aragorn is so dreamy. 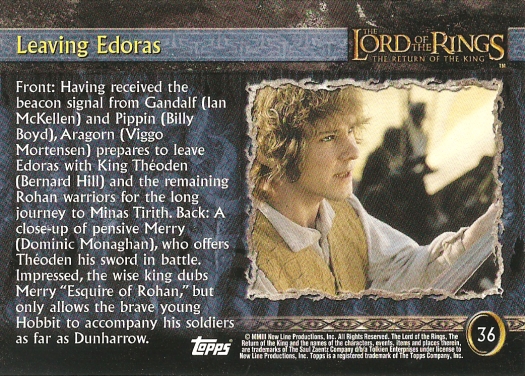 One of my favorite scenes from RotK is where Théoden is getting fitted in his armor and says:


Where is the horse and the rider? Where is the horn that was blowing? They have passed like rain on the mountain, like wind in the meadow. The days have gone down in the West behind the hills into shadow. How did it come to this? 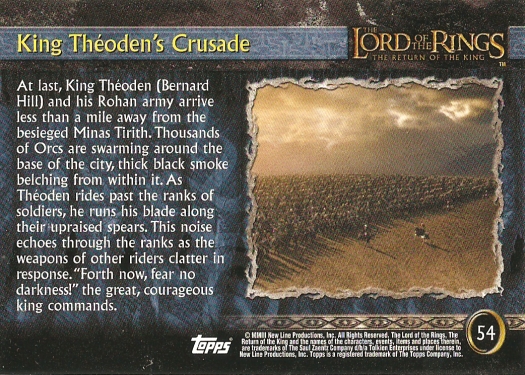 And who could guess that Bruce Willis's daughter could be so beautiful.  Good thing she didn't marry Ben Affleck. 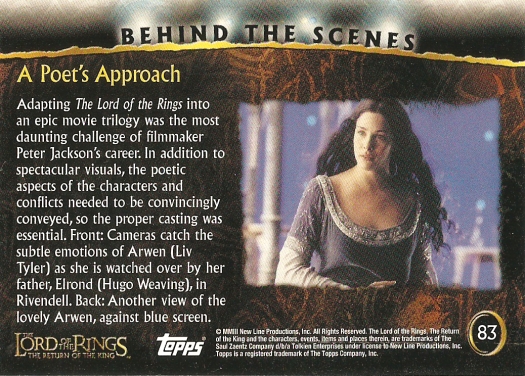 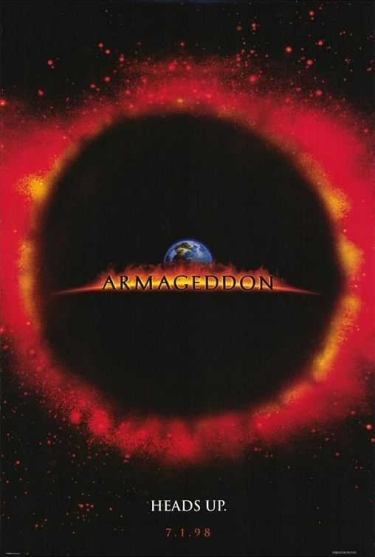 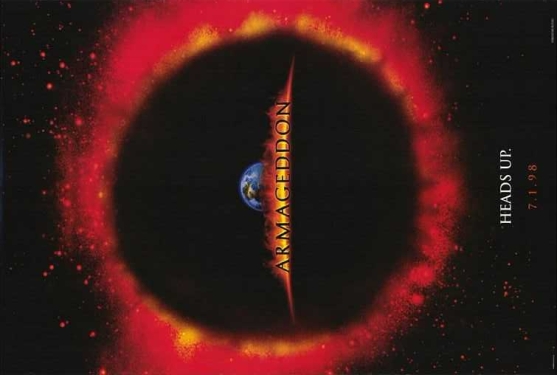 Which reminds me an awful lot of this...