Way back in 1987 Game Time Ltd., out of Marietta, Georgia, produced a 'Trivial Pursuit' type game using baseball cards. They put out three Travel Edition update sets with new questions and new players. They skipped 1988 and plowed ahead in 1989 with a main set and two Travel Edition update sets. 1991 saw the game cards arrive in three series, a Collector's edition and a special Nolan Ryan set of 10 cards. 1992 brought two series and a Collector's edition. 1993 was the last set of a mix of players. 1996 brought another Nolan Ryan set, this time in embossed metal.

I've had these cards for some time and finally got around to scanning them. 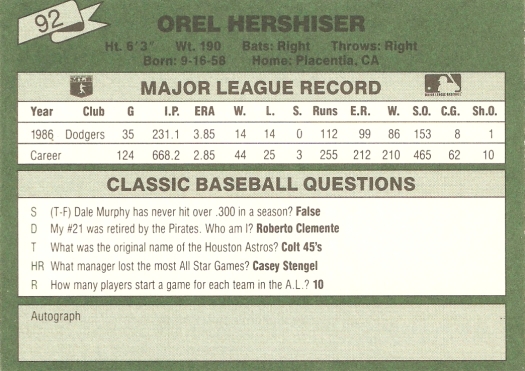 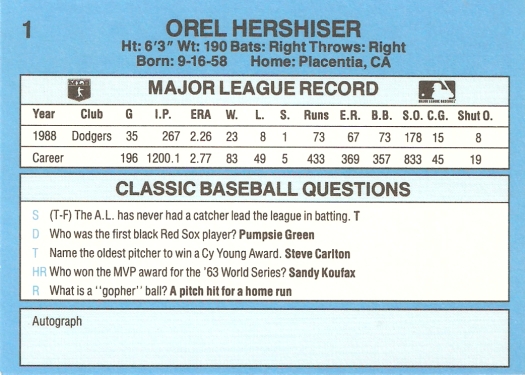 I answered most of the questions correctly. How did you do?
Posted by Mark Aubrey at 8:00 AM