A few weeks ago I posted about a Frank Robinson relic card. Now it is time for the second card I purchased from that ebay seller. 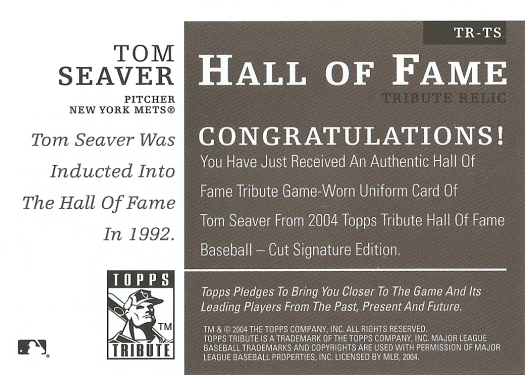