Greg (the Night Owl), is in the process of upgrading his cards. This leads to an interesting discussion as to what grade of card to collect. Is it better to get three rather beat up card from a 1960 Topps set or get one card in nice condition?
I have heard that one should always collect quality. But, I think that I'd rather have the three cards than the one. Now, it is quite subjective. What are the cards? Exactly what condition are they in? Are they from the team you collect or like? High Number or Low Number? What is right for me may not be right for you.

But, that is a discussion for another time. Right now the topic is Topps cards inserted into Dynamite Magazine.

MattR, of A Giant Blog, commented

I think some of the kiddie magazines had baseball cards in them. I remember some '75 cards that I cut/tore out of Dynamite magazine when I was about 9.

I ran over and dug out my 2008 edition of the Standard Catalog of Baseball Cards.

In at least one issue of its "Dynamite" kids' magazine, Scholastic Book Club teamed with Topps to insert a six-card panel for its 1976 baseball issue.

In issue No. 47 of its "Dynamite" kids' magazine, Scholastic Book Club teamed with Topps to insert a six-card panel for its 1978 baseball issue. Three such panels have been found thus far, one of which includes an Eddie Murray rookie card.

So, I started to look on ebay to see what else was out there. I found a variety of years. Some of them match up with what the SCBC. Others? Not so much.
This April 1974 issue has cards. 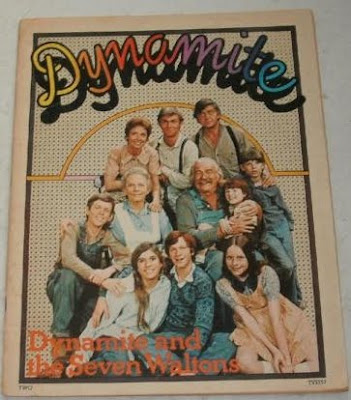 According to this auction, when asked about which cards are in the magazine, the seller says: "Yes, sadly there are only 4, there must have been 8 originally, 4 in the front part of the magazine and 4 in the back. The front ones are gone. These are Topps 1974 cards : 530 Mickey Stanley, 536 Duffy Dyer, 571 Rich Hand and a checklist 397-528"
This 1975 issue has cards. Two types. Topps and Dynamite spoof cards. 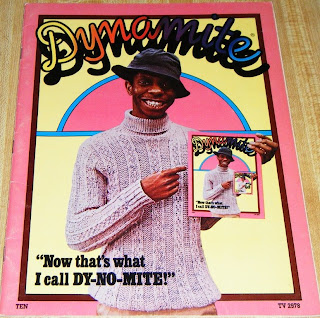 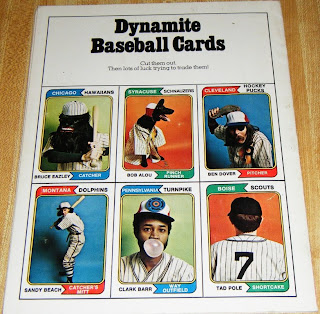 Clearly these are 1975 Topps. Vada Pinson, John Curtis and Fred Norman. I contacted the seller and they said that the cards are dated 1975 on the back. It is not known which issue this half panel came from.

This April 1976 issue has cards. The Fonz is cool. Baseball cards are cool. 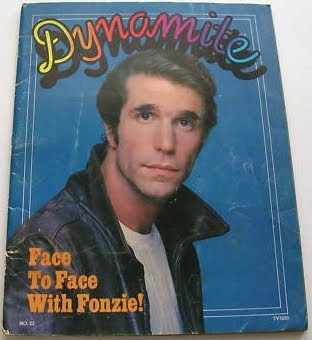 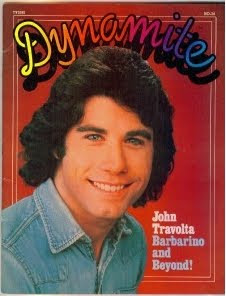 I have contacted the seller to identify which cards are listed.
This April 1979 issue has cards. 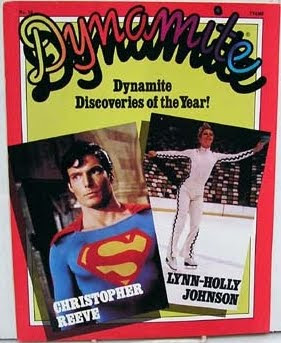 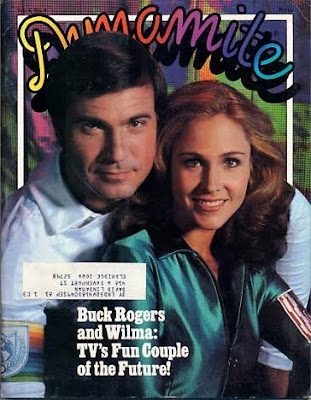 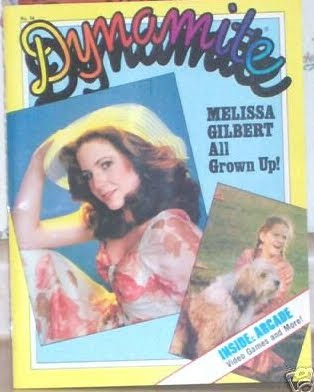 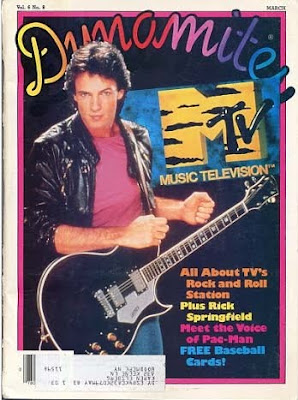 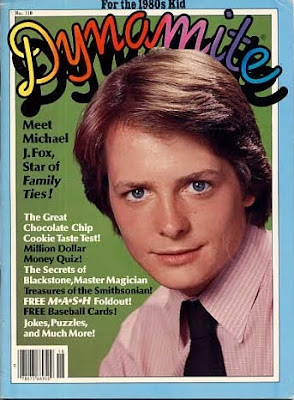 The February 1985 issue is said to have baseball cards. The cover is Duran Duran. I haven't found an image or any info on this one.

More info on Dynamite Magazine can be found on the Wikipedia page.

The blogger Gilligan has a fun walk down memory lane with his blog Retrospace. Not everyone's cup of tea, but I know a few of you will like it.

Perhaps this post would have been better handled by ToppCat over at The Topps Archives blog. I took a shot.
Posted by Mark Aubrey at 11:00 AM