A few weeks ago I was at Smokies Ballpark. In the gift shop they have a large tub of older card sets for a buck a piece.  I've got all the Knoxville teams that they offer.  While double checking that I came across this set.  For a dollar, I figured I'd pick it up.

It is always nice to reminisce about players you've seen come up through the minors.  I'm fortunate.  I live about 14 miles from Smokies Park.  I've seen a number of the Cubs' players go through Kodak, Tennessee.

But back in 1998 the Smokies were still playing at Bill Meyer Stadium in Knoxville.  I did catch a game or two there.  It wasn't much of a stadium at the end.

These design of these cards don't do much for me.  I haven't compared them to other cards of that era, but I'm just not digging it.  They'll go back in the team bag and in a few years I'll pull them out again and critique them just as harshly. 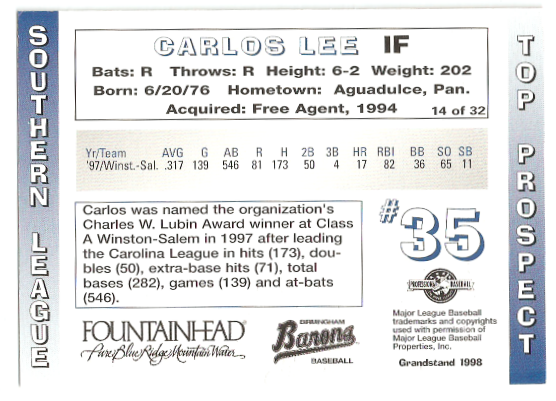 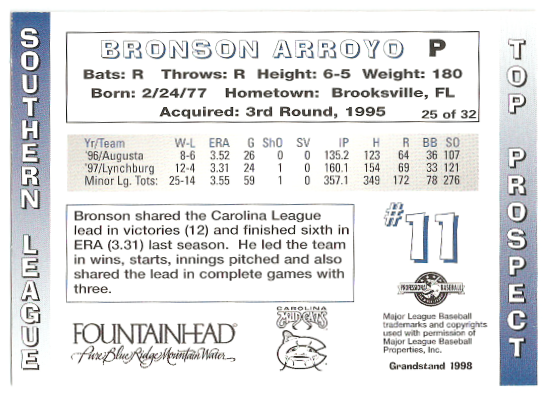 I think that this is Pringles Park, now known as The Ballpark At Jackson, which opened in 1998. 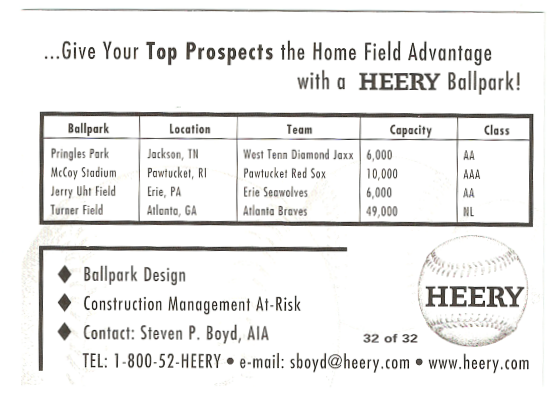