Cards from my brother

A few weeks ago I got to see my brother for a few hours. He lives in the Cincy area.  We probably don't see each other as often as we should, especially since we live just about four hours apart. 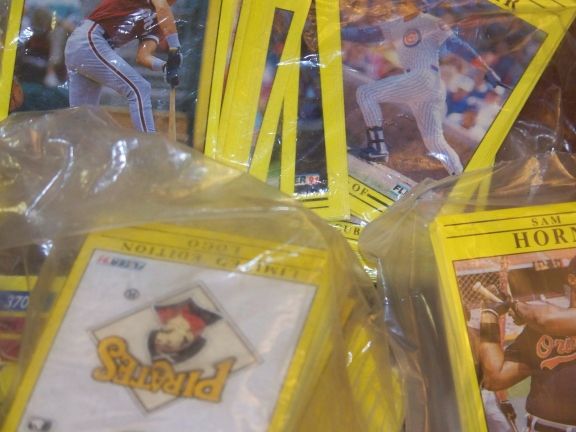 He found some bright yellow cards at a flea market or yard sale or something.  He bought them for me.  Yep, Bags of 1991 Fleer.  You know, the yellow ones.  I thanked him, let him know that these are probably not worth what he paid for them, even if it was a few bucks and thanked him again.  I brought them home and set them aside, not opening them.

Today a new blogger wanted to get in on the Got it. Got it. Need it. hoopla.  Josh D. from Royals and Randoms sent his top five wants.  They've been posted.  I started looking through his wantlist.  Hmmm.  I was able to fill a few of his wants from the 1991 Fleer bonanza I had been blessed with.

I'm a completest.  Here's a back.  I'm not so much of a completest that I have to scan each back individually and show them to you.  Trust me.  They all pretty much look the same. 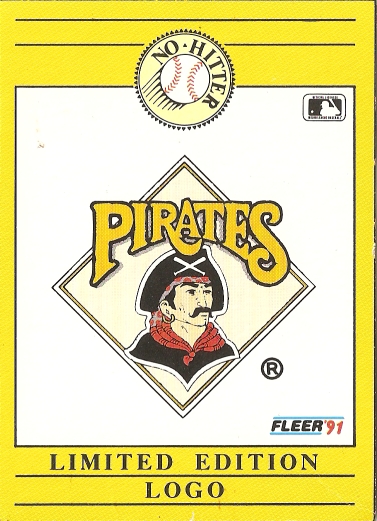 Here's the checklist via Zistle.

Thanks, Steve, for the cards.  I'm sure that they'll end up at Children's Hospital.
Posted by Mark Aubrey at 9:49 AM