Tonight I took the kids to Smokies Park. The Smokies were playing the Huntsville Stars. We were guests of Knoxville Pediatric Cardiology's Heart to Heart support group. 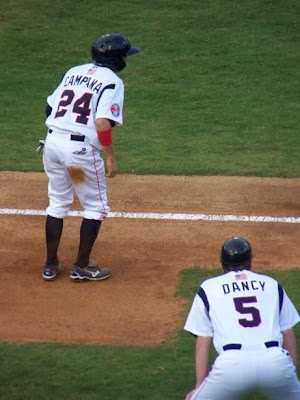 In the first, outfielder Tony Campana made it to third. Manager Bill Dancy coaches. Campana went 2 for 3 tonight. 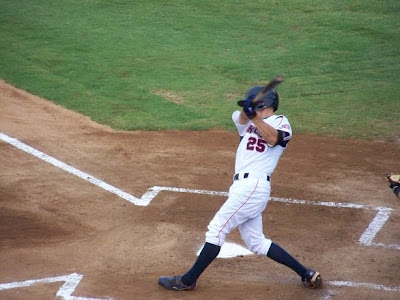 Outfielder Ty Wright takes a big cut. Ty went 1 for 4. The Smokies got two runs in the first inning. 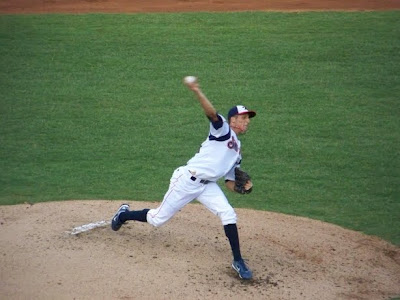 Tennessee's Craig Muschko drills one in. Muschko pitched 6 innings, gave up 1 earned run, 6 hits, 1 walk, and got 8 Ks. After six innings the score stood 3-2 in favor of the Smokies.
It was late and loud so we left at the bottom of the fifth. 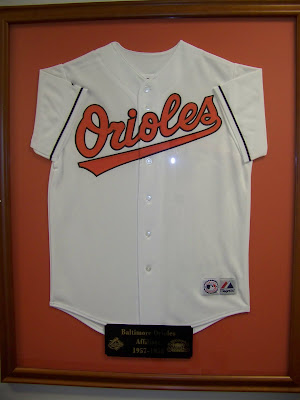 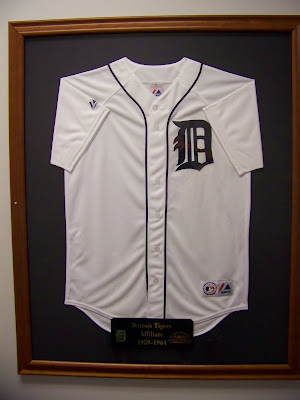 From 1959 to 1964 they switched allegiance to the Tigers. This one's for Kevin and sons (Louis and Alex (who doesn't blog so much anymore)).

At many minor league games they have a player signing before the games. Not near the dugout, but right up near the Dippin' Dots stand. Tonight was Luke Sommer.

Luke Sommer hasn't allowed a run in his first three Tennessee appearances. Sommer, who joined the Smokies from Daytona last week, has pitched in three and two-thirds innings, allowing only three hits while walking one batter and striking out two. Yesterday, Sommer pitched a scoreless ninth against the 2-3-4 hitters for the Stars, inducing three groundouts. 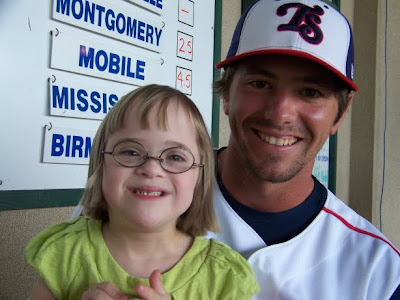 He was kind enough, after signing two tickets, to take a photo with Caroline. 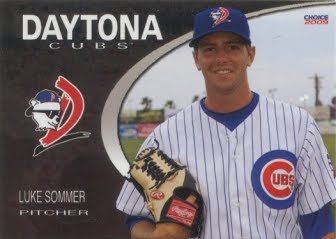 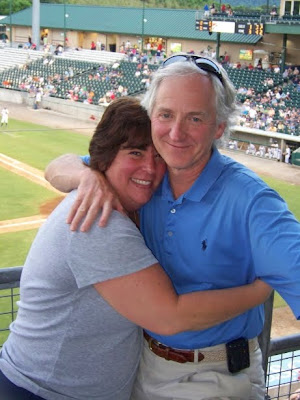 Other people that are important in tonight's game. Dr. Jennings and his lovely wife, Marianne. 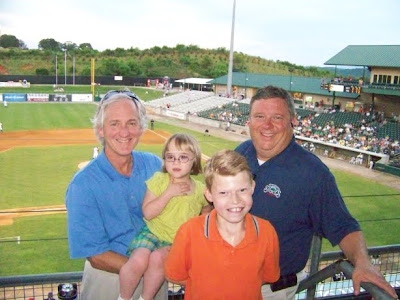 Dr. Jennings, Caroline, Jackson, Bryan Cox, and Smokies' General Manager, Brian Cox.
The Smokies fell to the Stars, 6-4. The Smokies are just a half game ahead of the West Tennessee DiamondJaxx. I have faith in them. They'll do well.
Thanks, Dr. Jennings (and yes, I know that I can call him Jeff, but this is a public forum and I'd like to show some public respect) and Marianne for hosting this fun event.