This is my son, Edison. 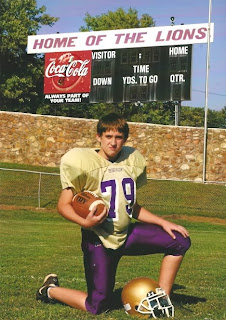 He was starting center for the middle school team.  And starting linebacker.  And played on special teams.  I think that they went 1-5 for the season.
Tonight he graduated from the 8th grade. 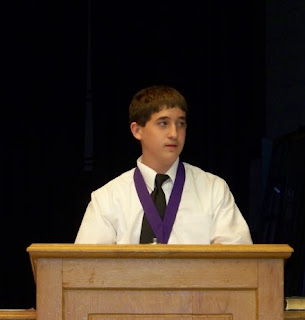 He was the salutatorian of his class.  He won the school spelling bee.  He was a member of the Scholastic Bowl team.  They won the big tournament.  He received many individual class awards for excellence.  He was awarded the Lionheart award for Christlikeness.
He likes sports.  He's a card.
I'm very proud of him.
Posted by Mark Aubrey at 9:39 PM