This was another Listia win. A bit strange. I won the auction for 808 credits. The seller sent the cards, but with postage due. I tried to resolve the issue with the seller, but he was adamant that he was in the clear. I approached him with a clear voice of reason. When a solution could not be found, I brought the issue to Listia's attention. The seller was very confident that he'd win the arbitration. He didn't. The credits were returned to my account. The seller then blocked me. I'm not losing sleep over it.

The cards were designed by TNTL Studios, Toms River, New Jersey.  The bottom of the box states:


A portion of the proceeds from the sale of this set will be donated to the Feinstein Foundation, a non-profit charitable foundation established by Alan Shawn Feinstein.

The Feinstein Foundation is a real organization.  I don't know how much they've received from the sale of these cards. 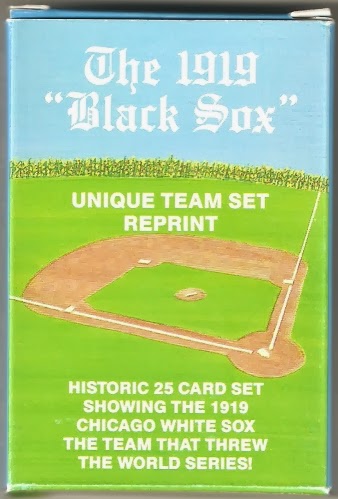 The cards are 2" x 3", printed on decent card stock.  The fronts have a slight gloss to them.  They weren't trimmed well, with some of the cards being askew or poorly centered. 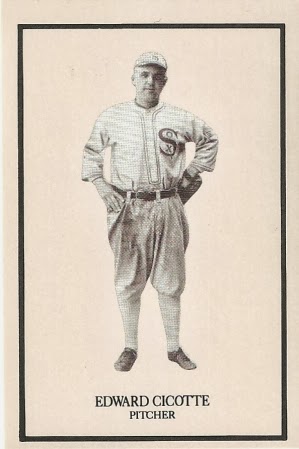 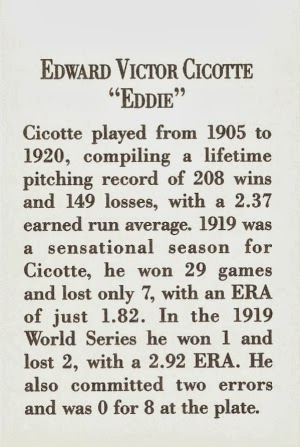 The players that were banned because of their involvement with the scandal are outlined in black. 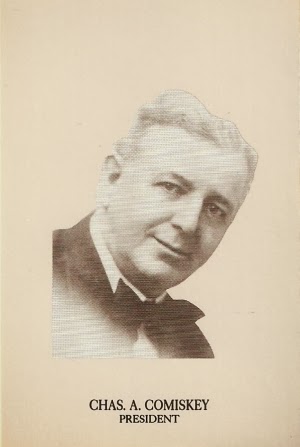 Chas. A. Comiskey is the only non-player in the set. 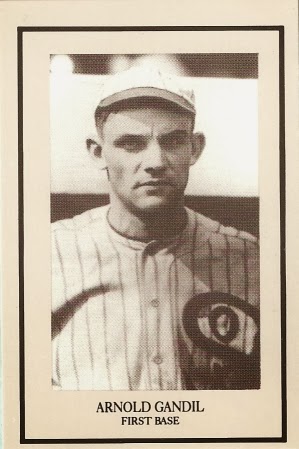 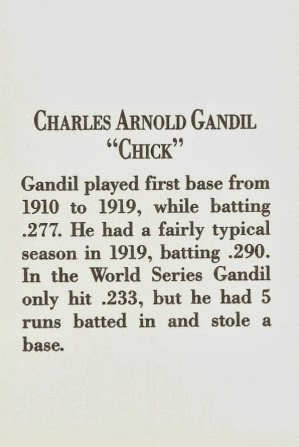 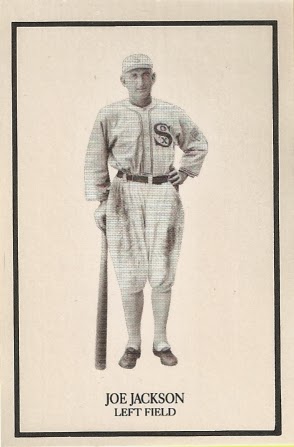 Joe Jackson is the only player to be featured twice.  One black and white, one in color.  Oh, it looks like he's in Iowa. 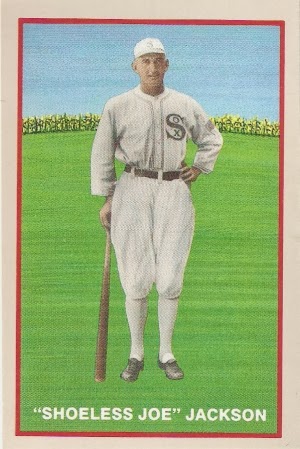 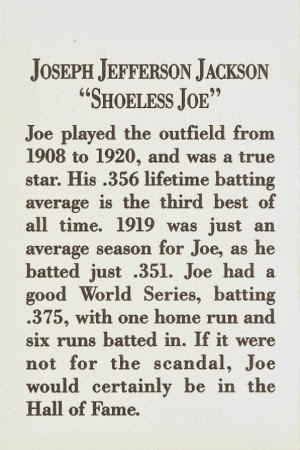 If the player wasn't caught up in the scandal they don't get any write up on the back.  Poor Harry Liebold. 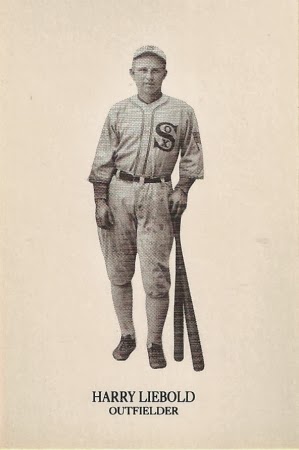 Pack Addict and Voice of the Collector each covered this set a few years back.  This set can be easily found on ebay.
Posted by Mark Aubrey at 5:06 PM