So that any of my readers don't think that this is really turning into a love-fest for Mr. Night Owl, I have a restraining order with my name on it and I'm following it to the letter.

Here's some more cards that Greg sent my way.  Oh, look, they all depict Orel in an Indians uniform.  I'm not surprised.

The first one is a parallel of the ever popular 1995 Topps Stadium Club.  Here's what the Standard Catalog of Baseball Cards says:


Persons who redeemed a 1994 Stadium Club Atlanta Braves Super Team insert following the Tribe’s 1995 World Series victory received a set of 1995 Stadium Club cards, each of which bears a gold-foil World’s Series logo on front. The cards are otherwise identical to the regular-issue SC cards. The prize “set” contains only 585 cards, a note sent with the set explains 45 of the TSC cards - #496-523 (the Extreme Corps subset) and cards #614-630 (the Trans-Action subset) were not printed in the parallel version. 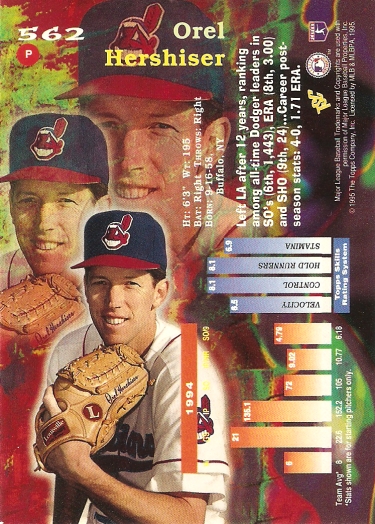 The 1996 Pinnacle Starburst is not a true parallel, but a sampling of cards from the main set.  Let's turn to the SCBC's entry:


For 1996 Pinnacle abbreviated its parallel insert set to just half of the cards from the base issue. Only 200 select players are included in the Starburst Dufex-printed parallel set found on average of once per seven hobby packs and once per 10 retail packs.

Got to love when you can use the word "Dufex" with authority. 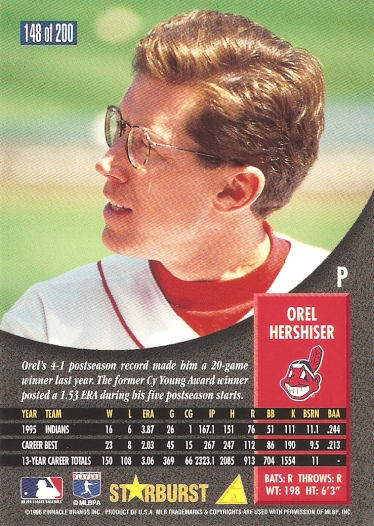 And a set that had plenty of inserts but no parallels, 1995 Flair.  Since I'm liberally lifting from the SCBC, let me toss another entry here:


There’s no mistaking that 1995 Flair is Fleer’s super-premium brand. Cards are printed on double-thick cardboard with a background of etched metallic foil: Gold for National Leaguers, silver for American.  A portrait and an action photo are featured on the horizontal front design. Backs are vertically formatted with a borderless action photo, several years worth of stats and foil trim. The basic set was issued in two series of 216 basic cards each, along with several insert sets exclusive to each series. Cards were sold in a hard pack of nine with a suggested retail price of $5. 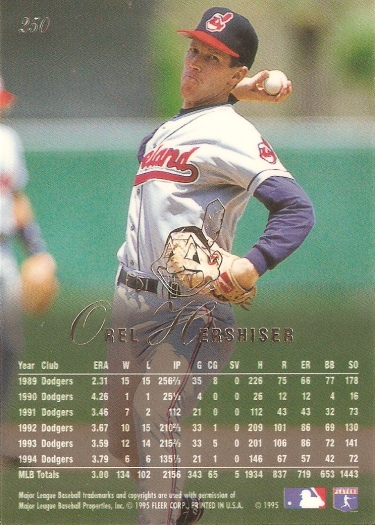 And because the restraining order says nothing about images of owls, let me point you to two sites: