I was poking around issues of the Sporting Life at LA84 Foundation. I was doing some research on the 1904 Tennessee Alabama League. I found the box scores for Ty Cobb's first two games with Augusta, of the Southern Atlantic League. 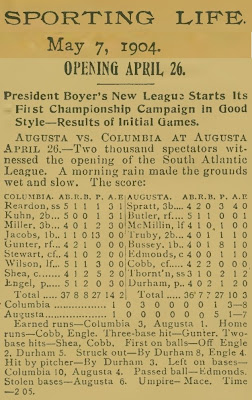 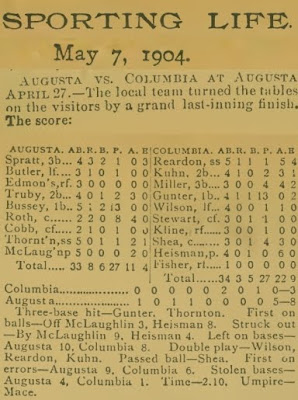 I captured portions of the .pdf image, then pasted them together to preserve the paper's name and date. Click on the boxscores for clearer images.
This is not a new discovery to the world. But it is new to me and I thought that I'd make it a bit more widely available.

This is just a nice image of a player that accompanied an advertisement.
Posted by Mark Aubrey at 10:11 PM