Ronald A. Allen's Same Old Smokies, an excellent look at the history of baseball in Knoxville, TN (1865-1954), states that several teams played at the Chilhowee Base Ball Park over the years.

Here's an image from a Sanborn Fire Map of Knoxville, Tennessee (1917). It shows the Base Ball Park at Chilhowee Park in east Knoxville. 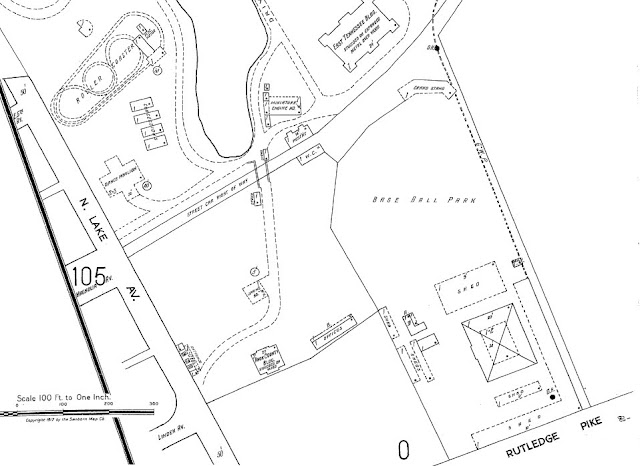 Here's the same area as shown by Google Maps. 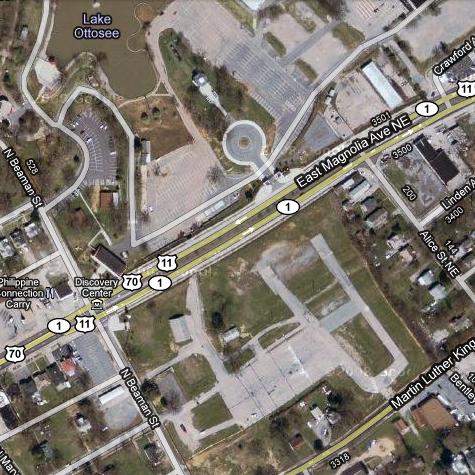 And another image from the Sanborn Fire Maps. This image was taken with the camera on my BlackBerry. The McClung Historical Collection will allow non-flash photography when an item is too large to photocopy. 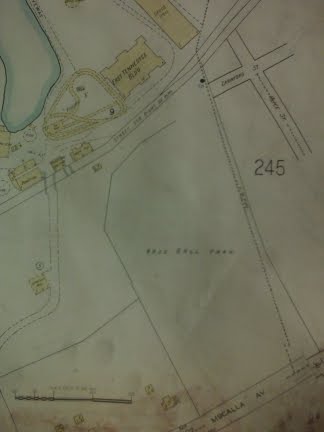 The photo came from this book. I'm still trying to figure out the year references on the Sanborn Fire Maps. This one appears to be 1924, but the books look upgraded, with some dates added here and there as corrections and additions are made. 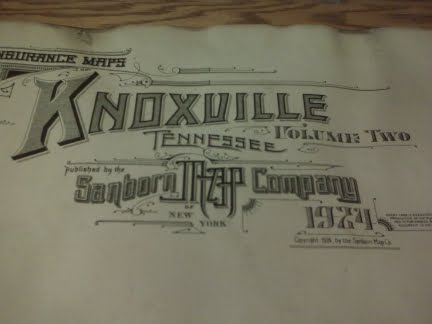 Note the two Sanborn maps. There is a roller coaster type ride in each of them, but they are different. The first one is labeled "Roller Coaster". The second is labeled "Figure 8". There's also a "Dodge Em" at the 'toe' of the boot shaped lake/pond. 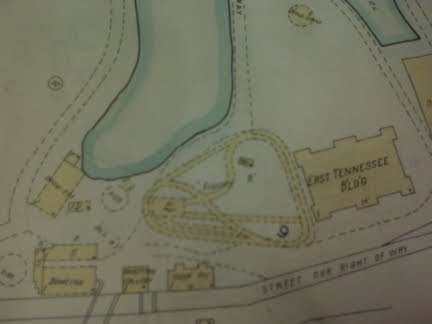 This park interests me because I live in the Knoxville area. Seeing the maps of the park brings the history a little bit closer to home. I've been to Chilhowee Park a few times in the last decade. The Tennessee Valley Fair is held there, as are antique shows and the computer expos. But I've never seen a ball game held there. And I don't think I will.

A tip of the hat to agate type for running a few of these types of posts lately.
Posted by Mark Aubrey at 10:56 PM